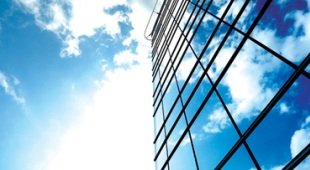 By James Bourne | 14th June 2013 | TechForge Media http://www.cloudcomputing-news.net/
James is editor in chief of TechForge Media, with a passion for how technologies influence business and several Mobile World Congress events under his belt. James has interviewed a variety of leading figures in his career, from former Mafia boss Michael Franzese, to Steve Wozniak, and Jean Michel Jarre. James can be found tweeting at @James_T_Bourne.

According to the latest push from analyst house Gartner, to misquote Mark Twain, the reports of legacy’s death are greatly exaggerated.

The latter figures suggest a healthy state of affairs, with Gartner suggesting that the big push to cloud would occur in the first half of 2015.

Tom Austin, Gartner VP and fellow, said: “Despite the hype surrounding migration to the cloud, big differences in movement rates continue, depending on organisations’ size, industry, geography and specific requirements.”

Plenty of reports give greater adoption figures, but these can range from BYOD policy to the proliferation of apps in the cloud. Virtustream, in conjunction with Neovise, stated back in April that over half of US enterprises were in the cloud, whilst Rackspace revealed that enterprises were saving upwards of £367,000 per year because of cloud adoption.

But with the Gartner figures in mind, thoughts naturally turn to Adobe, who announced last month that going forward its Creative Suite products will exist solely in the cloud.

In a Microsoft Office blog, comms director Clint Patterson agreed with Adobe and said that “subscription software as a service is the future,” yet adding: “However, unlike Adobe, we think people’s shift from packaged software to subscription services will take time.”

Microsoft advocates a similar timeframe to Gartner in ensuring Office is cloud-only, noting: “Within a decade, we think everyone will choose to subscribe because the benefits are undeniable.”

No prizes for guessing that the banking and healthcare industries are least likely to move, mind you. With higher stakes and more sensitive information at play, it’s widely accepted that these sectors can’t take the risk right now – especially as a report CloudTech examined yesterday showed that a third of companies need actual proof of security benefits before taking the plunge.

Yet the big takeaway here is that while the figures aren’t high now, by 2022 cloud offices will be the norm – and it’s going to be an irrevocable change. Do you agree with Gartner’s latest predictions?