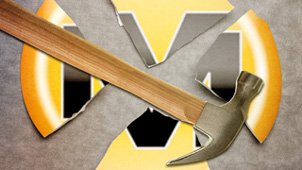 By Ryan Daws | 20th June 2013 | TechForge Media
Categories: Industries, Cloud Computing Retail and Consumer News. Read the latest news on cloud computing in the retail and consumer sectors here at Cloud Tech News.">Retail & Consumer, Security,
Ryan is an editor at TechForge Media with over a decade of experience covering the latest technology and interviewing leading industry figures. He can often be sighted at tech conferences with a strong coffee in one hand and a laptop in the other. If it's geeky, he’s probably into it. Find him on Twitter: @Gadget_Ry

The now almost household name, Kim Dotcom, has been in consistent battle against the U.S government over his Megaupload business – in case you’ve been under a rock for over a year.

Now the case has taken a new turn as his old Dutch hosting provider LeaseWeb has wiped 600 servers containing “petabytes” of his company’s data; including legal evidence.

Kim has expressed his outrage via social networking site Twitter, including suspicions of the U.S government putting pressure on LeaseWeb to wipe the servers. The first notification he had about the deletion was Wednesday morning; yet servers had been wiped without notice on February 1.

In one of his tweets he’s quoted as saying “This is the largest data massacre in the history of the Internet caused by the US government, the Department of Justice & LeaseWeb.”

Whilst directly taking aim at the three mentioned, he compares and praises another hosting company for the measures they have taken: “Carpathia has chosen to store Megaupload servers in a warehouse to protect the data from destruction. LeaseWeb has done the opposite.”

The strangest part of this story is; whilst Netherlands-based LeaseWeb wiped Dotcom’s data, Virginia-based Carpathia did not despite being based under US jurisdiction.

It’s not just Kim which has been affected by the deletion either; the rights of millions of users’ data have been wiped without notice.

Clearly speaking on the recent PRISM leak, he also tweets: “Are you a Megaupload user from Europe? Not only does the US Government spy on you it also DESTROYED your digital property.”

Mega’s lawyers are said to have written several data preservation demands which had been ignored. One of these, Ira Rothken, quoted: “In our view the US is responsible for destruction of Megaupload data – US trying to concoct a win rather than doing justice.”

Last week, Dotcom released footage of the spectacular raid at his mansion in January 2012 and his compliance despite the raid being classed as illegal.

What do you think of LeaseWeb’s deletion of Megaupload’s servers and subsequent user data?