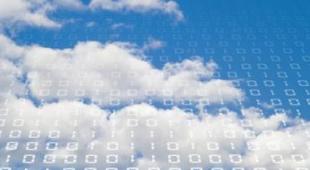 By James Bourne | 15th March 2013 | TechForge Media http://www.cloudcomputing-news.net/
Categories: PaaS, Security,
James is editor in chief of TechForge Media, with a passion for how technologies influence business and several Mobile World Congress events under his belt. James has interviewed a variety of leading figures in his career, from former Mafia boss Michael Franzese, to Steve Wozniak, and Jean Michel Jarre. James can be found tweeting at @James_T_Bourne.

CloudTech speaks with Juan Carlos Soto, Informatica senior vice president, cloud evangelist and member of the TechAmerica Foundation’s US Deployment of the Cloud, about iPaaS, SLAs and keeping secure in the cloud.

The difficulties around cloud security may be improving, but users don’t help themselves if they’re not street smart about their IT usage.

That’s according to Informatica senior vice president Juan Carlos Soto, who said that cloud computing shouldn’t “absolve anyone from common sense IT”.

“Cloud has tremendous benefits around cost savings and agility, and typically it’s not the absolute short term cost – it’s all the other benefits that go along with it,” Soto told CloudTech, adding: “Despite all those benefits, cloud does not absolve anyone from common sense IT good practices.

“Some of that common sense is often ignored by persons when they’re using the cloud because the cloud has delivered, I dare say, above expectations [in] security and reliability up to now.

“Every time there’s a failure it gets a lot of press because it surprises people so much…I assure you if there’s an outage at Amazon, there’s an army of people fixing it on the spot.”

Security in the cloud still keeps CEOs up at night, of course; the Cloud Security Alliance (CSA) released a document last month concerning this year’s top security threats, with data breaches, data loss and account hijacking the biggest risks according to the CSA’s industry experts.

But as Mat Honan wrote following his widely publicised hack in August: “Because I’m a jerk who doesn’t back up data, I’ve lost more than a year’s worth of photos, emails, documents and more.”

The 2013 Cloud Spring runs on iPaaS (integrated platform as a service), which was of course cited by Gartner as one of the drivers towards PaaS becoming a billion dollar market by the end of 2013.

“I spend a lot of time with analysts,” Soto explains, “and most would say that PaaS is going to be the fastest growing, [though] it’ll probably always be the smaller of the various cloud categories.

“PaaS is starting from the smallest base and is poised to grow fastest for the foreseeable years,” he continued, adding that Forrester and Gartner sees Informatica as “pioneers” in the iPaaS ecosystem.

Of course, when organisations like Forrester and Gartner talk cloud, people tend to listen. One of the more interesting 2013 trends from Forrester concerned the decreasing value of SLAs in the cloudy conversation.

Analyst James Staten wrote at the time: “The best practice for cloud application design and configuration is to build resiliency into the application rather than expect it from the cloud platform. This way you can achieve any service-level agreement regardless of the base SLA provided by the cloud platform.”

Soto, however, believes that cloud SLAs are only going to get more important.

“The adoption of cloud has followed a very common path of any innovation of IT,” Soto explained. “The early adoption of these innovations is often done by groups that are willing to take more chances and work outside of the purview of the formal IT establishment.

“A couple of years ago, they didn’t want to be discovered as running cloud because the corporate IT hadn’t yet gotten around to addressing the requirements for using cloud properly in that enterprise,” Soto continued. “They couldn’t wait for IT to make those policies, they went out and did it on their own.

“Cloud has matured to be mainstream in IT today…as such, more and more of the enterprise-wide practices, CSOs and others are taking a hard look at how they seamlessly bring cloud into the rest of their IT operations and as such, they’re going to scrutinise the SLA that their cloud vendors would provide them more than perhaps in the early days of cloud adoption.”

What do you expect to see happening with cloud SLAs in 2013?