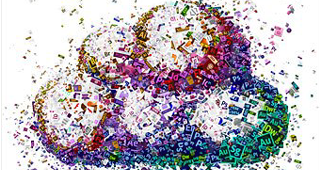 By Ryan Daws | 7th May 2013 | TechForge Media
Editor at TechForge Media. Often sighted at global tech conferences with a coffee in one hand and laptop in the other. If it's geeky, I'm probably into it.

Recent headlines are full of companies moving towards SaaS (software as a service) models.

Many of these are perky start-ups utilising new opportunities, whilst others are high-profile players like Adobe, which has announced going forward that its “Creative Suite” products will exist solely in the cloud.

Adobe, at the annual “MAX” event, has completely re-branded the companies most well-known Creative products which consists of Photoshop, InDesign, Illustrator, Dreamweaver, and Premiere Pro. Each will now gain a CC moniker (e.g. Photoshop CC) which represents “Creative Cloud”.

The blog post announcing the changes quotes: “As the world changes, so must the tools and services we use to create. This presents a unique opportunity to re-imagine the creative process.”

Interestingly, Adobe has also made the decision to kill off web-design tool ‘Fireworks’. The product was only used by a small subset of users, but very diehard fans.

Adobe says in a post on the Fireworks blog that they’ve “decided not to update Fireworks to CC and instead will focus on developing new tools to meet our customers’ needs.”

The current Creative Suite, dubbed ‘CS6’, was only released six months ago and although no new features will be introduced, it will be updated with security fixes and support for major releases of Windows and Mac OS.

Piracy rates which surrounded these products may well have been a factor in Adobe’s decision; it’s much harder to reverse-engineer a product which exists in the cloud.

Creative Cloud represents the monumental shift companies are taking to move their products online, where especially for a company like Adobe it has its advantages. Customers will be able to access their software wherever they are and pay only as they need products; whilst Adobe can easily rollout new features and benefit from increased security.

Companies including Microsoft with their ‘Office365’ suite are staying up-to-date with this trend, catering for business with a range of online tools from Office products including Word, to web-conferencing and website hosting solutions.

To access the new Creative Cloud of products, users will have to pay $29.99 per month for a single application, or $49.99 for the full Creative Cloud bundle. The new suite will be released in June.

Do you think Adobe has made a good decision switching to a Subscription-based model? Is the future for most software service companies in cloud, and was this direction inevitable?