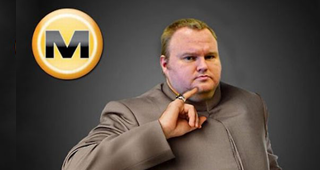 By Ryan Daws | 8th May 2013 | TechForge Media
Categories: Security,
Ryan is an editor at TechForge Media with over a decade of experience covering the latest technology and interviewing leading industry figures. He can often be sighted at tech conferences with a strong coffee in one hand and a laptop in the other. If it's geeky, he’s probably into it. Find him on Twitter: @Gadget_Ry

After a raid at his New Zealand mansion in January last year, the larger than life Kim Dotcom has released a whitepaper taking direct aim at the US government.

The paper goes into detail how the raid wasn’t enough for “The Government Communications Security Bureau” who continued to illegally spy on Kim Dotcom for ten days after the raid on his home, according to his lawyers.

These very lawyers, US lawyer Ira Rothken and international lawyer Robert Amsterdam, have accused the Government of using “dirty tricks” to create a “black media campaign” against Kim.

Backing up this theory is the release of a 72-page indictment document to journalists by US prosecutors.

As a result of this media campaign, prosecutors attempted to create a “pitchfork mob” scenario towards the Megaupload founder, through taking aim at his high financial status and extravagant lifestyle.

Everything didn’t turn out quite to plan however; in fact through honest media coverage and documents’ highlighting the failings and unsavoury tactics of the US government, Kim Dotcom has only risen further in the eyes of many as an internet “freedom fighter”.

In the face of high-profile new invasive legislations such as CISPA, the US government is appearing vigilante, taking unlawful measures to both investigate individuals and create hate campaigns against them if in their interests.

The raid was originally over copyright fears, but as the report mentions, Megaupload went “above and beyond what it was legally required to do” through allowing major copyright holders access to remove links which they believed to infringe copyright.

As a result of this access, over 15 million takedowns were put in motion, whilst lawyers were quick to point out a similar case by YouTube where the burden is placed on the copyright holder, not the internet firm. Seems like double standards, no?

Megaupload has since re-opened as a highly-encrypted and critically praised file storage service. The launch event of the service actually re-enacted the raid on his mansion in his own, extravagant style.

The encryption used (a key entropy) is now not visible by the company, and is only held by the user, where Kim Dotcom argues: “Even if I was wrong before, this one’s all right because how can I control something if I don’t know that it’s there?”

His fight is certainly helped by the support of many celebrities including Apple co-founder, Steve Wozniak who said to the Associated Press: “It’s just kind of ridiculous what they did to his life, an awful lot of Kiwis support him. The US government is on thin ground.”

Kim hasn’t let this case stop him with his next plan, perhaps demonstrating his entrepreneurial-side is his idea of “MegaKey”.

MegaKey is a piece of software which resides on your computer; monitoring your habits (much like Google and Facebook do anyway) to offer you targeted ads towards your interests.

So where’s the difference? You’ll be directly paid for viewing the advertisements. This makes it more bearable for the consumer, and prevents the masses earned by providers such as Google’s AdSense where you don’t get any split of the profits.

Finally, a quote from Kim sums up his views in his light-hearted manner: “Sometimes good things come out of terrible events,” Dotcom said. “For example, if it wasn’t for a giant comet hitting earth, we would still be surrounded by angry dinosaurs — hungry, too.

What do you think of Kim Dotcom’s case? Is he an entrepreneur, freedom fighter, or simply a pirate?