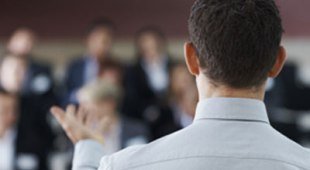 Businesses today increasingly look at technologies like big data and software-defined networking as being disruptive in the sense that they force organisations to evaluate new business models and new routes to market.

Rather than having negative associations, disruptive in this context means having an impact through a different way of thinking about business issues and challenges, as opposed to the traditional dictionary definition of ‘throwing into confusion or disorder’.

This new interpretation of the word is focused on the development of new ways of working, ultimately leading to new revenue streams and enhanced competitive edge. Indeed, truly disruptive technologies will have a lasting impact on the IT and business landscape and will ultimately be absorbed into the mainstream.

This is what is happening today with one of the most celebrated disruptive technologies of all: cloud computing, which is now widely seen as an ‘assumed technology’, an accepted part of the business IT landscape.

In line with this fresh new focus on disruptive technologies, we are beginning to see the emergence of a new member of the board: the chief disruption officer (CDO), who can act as a channel and a focus for this bold approach to strategic decision-making.

Today, more and more companies are promoting individuals to the role specifically to challenge the existing status quo, identify traditional business models that have become ineffective within the business and promote innovation.

For the time being, though, while chief disruption officers should steadily become more prevalent, they remain the exception rather than the rule. So for this vision to become reality in today’s business environment, CIOs and IT directors need to ensure they are feeding disruptive ideas to the board.

In this way, they can help ensure that an organisation is not just playing a ‘me too’ role in the marketplace but is instead continuously evolving and is focused on the task of transforming itself into a high performance organisation.

This together with the rapid emergence of the raft of new technology models that have come on stream in recent years – from cloud to big data – is changing the IT game for businesses, leading to an opportunity for CIOs and IT directors to step into the breach and take on the mantle of chief disruption officer – in spirit at least, even if not in name.

The emergence of disruptive technologies in itself makes this new role of the CIO or IT director viable.

Yet, migrating to the cloud is just one element of this story. As already referenced, the disruptive power of the cloud is inevitably waning as the technology becomes more ubiquitous. And for many organisations today, the move to the cloud is just the first stage in an on-going process of business transformation, a step-by-step approach that ultimately leads to a complete change to their prevailing business model.

Big data analytics is another disruptive technology, giving organisations the chance to transform themselves and their prospects by revealing insights and value in their data that they previously had neither the time, money, nor resources to explore.

These examples are part of a wider move to more disruptive technology. A recent report from the Economist Intelligence Unit finds that technology disruption in business is likely to accelerate throughout the rest of the decade.

Only 28% of executives in a survey conducted for the report felt that technology’s positive impact on enterprise productivity had plateaued. At the same time, the report finds that few industries will remain unchanged by technology disruption. Six out of ten business leaders agree that their main vertical market will bear little resemblance in 2020 to how it looks today.

Awareness of these changes together with growing expectations from CEOs and senior directors that they can embrace disruptive technology and harness it to drive business benefits is forcing the hand of CIOs and IT directors. They increasingly realise that to become chief disruption officers, they need to focus on delivering disruptive services or approaches that transform the business’ strategy.

This might, for example, be around product or service innovation or finding ways to outthink the competition and deliver competitive edge by adopting different business approaches.

So, in the future, we may well see many more chief disruption officers seated at the boardroom table, who, even if not given the official title, perform the function associated with it.  In a business context, disruption will increasingly be seen positively.

As Maher Kaddoura, then chief disruption officer at the Jordanian company Meydan, put it in 2012: “I am the chief disruption officer… I like to disrupt things. I do not like it when they stay the same because they become tired. The only sign of life is growth, and growth comes from change, not from standing still… and so, everything I do is about change, it is about, what I call, disruptive innovation.”

It is a positive philosophy that will have growing traction in the brave new future world of disruptive technologies delivered by chief disruption officers or their boardroom equivalents.