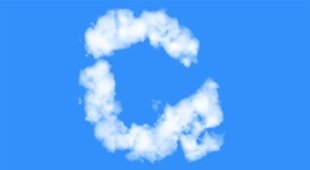 By Matthew Finnie | 22nd May 2013 | Interoute http://www.interoute.com/
Categories: Big Data, Government, PublicSector, Trends,
Matthew Finnie is the CTO at Interoute Communications Ltd. When he became Interoute’s CTO, he had a vision that if companies centralised technology development, then the European Union could produce technology success stories on par with Silicon Valley. And, he is proving that the US model can be put to work in the European Union. Finnie has integrated Voice over IP into the fabric of the European enterprise sector, created the largest private cloud asset in Europe and is redefining how businesses deploy advanced communications platforms in the Cloud. He may have done more to make Cloud-based communications technology affordable for European enterprises than any other technology thinker.

The Cabinet Office’s third iteration of the G-Cloud framework not only added an extra 368 suppliers to its CloudStore, but it raised a few eyebrows over the exclusion of one notable bidder – Amazon!

The company made no secret of its desire for inclusion during the G-Cloud’s second iteration, touting that it was looking to get involved with the G-Cloud in the future.  And, the reasoning for its previous exclusion was widely attributed to its lack of a UK-based data centre, along with an absence of assurances over whether data would be backed up across the Atlantic.

So, while the cloud is set to change everything, some things will probably always remain the same.  Our protective nature over our own data and who can touch it might just be one of those things that will never change.

Governments and public sector bodies fall into a rather unique category of being very locally focused. They are often serving a community rather than looking for international expansion.

Right now, keeping Government data on our own soil is driven by the desire for data sovereignty and, as with much UK Government business, enforced through legislation.  Unsurprisingly, we are not alone here.

It’s not the preserve of the British

Keeping data local and under complete control is not the preserve of the British, it is repeated throughout Europe with many different governments. It is the never ending paradox of Europe’s single market that doesn’t apply to the data of the citizens of individual countries – not yet anyway.

Despite changing to a cloud delivery model, the only rules that are relevant to data are the local ones. This reflects the acute sensitivity to understanding and controlling where the data is regardless of European directive.

Ignoring governments desire to keep data local is done at the cloud provider’s peril: control and risk management go hand in hand and this lot don’t like to take risks with their data despite much published discretions such as laptops left on trains!

There’s no belittling what the G-Cloud is trying to do. Overturn years of poor government procurement by creating a market of approved suppliers and a cloud delivery model to make  a dynamic and immediate government IT procurement process. Not to mention casting aside decades of lengthy and bureaucratic processes.

So, is the G-Cloud looking a runaway success? Not yet. March 2013 was the best month yet for recorded sales through the G-Cloud framework – up 50 per cent on February – but that’s still only £18.2 million to date. Not earth shattering given the current estimated £17bn spent by UK PLC on ICT services.

The UK Government’s Programme Director, Denise McDonagh feels that the EU’s cloud plans are “restrictive and a bit old-world thinking”. Before the Government get ahead of themselves and succumb to “pot kettle black” observations, they need to deal with some hard choices surrounding their own policies.

It is still too hard for public sector employees to use major contracts, and there are also a number of contracts locked up with certain well known national champions.

This doesn’t mean the answer is a photo opportunity with a US based supplier who can’t be bothered to place its data in the UK (or pay tax). The answer is to be bold and bin the bureaucratic process. The G-Cloud could be great, carpe diem.