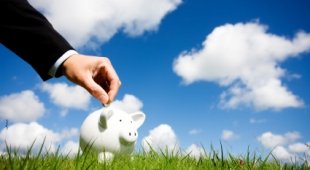 By James Bourne | 29th May 2013 | TechForge Media http://www.cloudcomputing-news.net/
James is editor in chief of TechForge Media, with a passion for how technologies influence business and several Mobile World Congress events under his belt. James has interviewed a variety of leading figures in his career, from former Mafia boss Michael Franzese, to Steve Wozniak, and Jean Michel Jarre. James can be found tweeting at @James_T_Bourne.

iomart Group, proclaimed as the UK’s leading cloud computing company, has registered end of year profits of £10.7m before tax growth, an increase of 56% and marking a significant improvement on 2012’s £6.9m profit.

Revenue growth went up 29% to £43.1m, again an improvement on the previous year, whilst adjusted EBITDA growth (earnings before interest, tax, depreciation and amortisation) was 48%, up to £16.5m.

The figures are suitably impressive for the Scottish company, proving last year’s comments from senior execs were almost Nostradamus-esque in their accuracy.

iomart Group director of marketing and corporate communications Phil Worms told CloudTech this time last year that “the market expected us to deliver”, with CEO Angus MacSween adding that “at least another two or three” acquisitions were expected to be made.

And with buyouts of Melbourne Server Hosting, Skymarket and Internet Engineering for an overall figure of £9.5m, it again underlines how successful a year this has been.

In the chief executive’s review, MacSween pointed out that it was only in 2010 that the organisation’s first year of profit was registered in the process of “building the UK’s leading cloud company”.

“Trading since the year end remains encouraging and in line with our expectations,” MacSween wrote, adding: “We continue to be well placed to deliver an ever wider range of cloud services and with our growing credibility and strength, we expect to be able to penetrate further into the corporate environment.”

“The challenge for us is to continue the growth patterns we’ve achieved over the last three years, and we have to achieve that using a strategy which we’ve clearly laid out, which is both organic growth and acquisitive growth,” Worms said.

“As you grow, that brings with it a whole set of problems, issues and challenges. What you cannot afford to do is take your eyes of the ball at any stage, and to any detriment to the existing customer base,” he continued.

One of iomart’s fundamental elements relates to a 100% business uptime guarantee. With email client Mimecast, another company famous for a 100% SLA, hitting the skids for several hours earlier this month, Worms noted that it’s not the figure, but the reaction that matters.

“We’re quite clear about this,” he explained. “100% uptime is something that every part of the organisation aspires to. Everything we do in terms of engineering is engineered to ensure no single point of failure, to ensure that we can achieve that.

“But we’re realists. Things will happen. But the key is if you don’t achieve the 100% it’s how you react, and I think that’s as important as having the aspirational 100% uptime guarantee.

“For our customers, that’s our service level, we stand behind it. If we don’t meet it for any reason there are compensations and penalties, but the point is it drives everything that we do.”

What do you make of these results and the potential growth areas for cloud vendors?