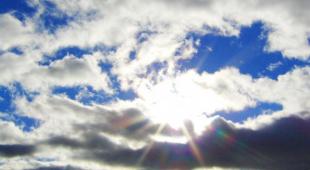 By James Bourne | 31st May 2013 | TechForge Media http://www.cloudcomputing-news.net/
James is editor in chief of TechForge Media, with a passion for how technologies influence business and several Mobile World Congress events under his belt. James has interviewed a variety of leading figures in his career, from former Mafia boss Michael Franzese, to Steve Wozniak, and Jean Michel Jarre. James can be found tweeting at @James_T_Bourne.

The latest cloud computing report this time comes from Microsoft in collaboration with 451 Research, and again looks towards the hybrid as the tangible future of cloud computing.

The study, ‘The New Era of Hosted Services’, took responses from more than 1500 organisations and revealed that in two years’ time 68% of organisations will adopt the hybrid cloud model, up from 49% currently.

“The next two years will be the era of the hybrid cloud”, trumpeted Marco Limena, Microsoft VP hosting service providers business.

This is simply the latest in a series of reports examining the importance of the hybrid cloud, utilising the best elements of private and public clouds.

Earlier this month CloudTech reported that hybrid cloud was the “wave of the future”, according to seven in 10 IT executives, with the primary reason for adoption being that cloud apps were deployed faster; whilst back in April Virtustream research revealed that 86% of companies in the study with more than 1000 employees used hybrid clouds. Similarly, a recent research study from PEER 1 outlined that 78% of those surveyed preferred a hybrid solution.

This is certainly good news in terms of the cloud’s maturing influence, yet the numbers are still going up in a more general context. The other key takeaway from the report is that 52% of companies surveyed are turning to the cloud in order to gain better business results.

According to the research, the growth is expected to drive three primary areas: introducing new products to the market; supporting regional and global expansion; as well as supporting the development of new kinds of apps.

“IT professionals were very clear in their response to this survey – cloud-based computing will play an important and growing role as part of their IT portfolios moving forward,” noted Michelle Bailey, 451 Research VP data centre initiatives and digital infrastructure.

Microsoft’s cloud push has been evident in recent weeks with the release of Windows Azure Infrastructure Services, pushing its prices to be in direct competition with Amazon Web Services.

But is your company looking towards a hybrid cloud solution – and if not, why not?