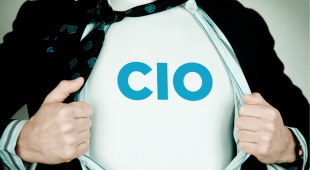 By James Bourne | 6th November 2013 | TechForge Media http://www.cloudcomputing-news.net/
James is editor in chief of TechForge Media, with a passion for how technologies influence business and several Mobile World Congress events under his belt. James has interviewed a variety of leading figures in his career, from former Mafia boss Michael Franzese, to Steve Wozniak, and Jean Michel Jarre. James can be found tweeting at @James_T_Bourne.

It is over five years since the term ‘cloud’ was first adopted into the mainstream to describe a fundamental change in how – and where – information technology is deployed.

Cloud’s building blocks had been developing for several years prior: the rise of the Internet as a backbone for service delivery; hardware platforms so powerful that they could run multiple web scale workloads; and the opening of standards for application and infrastructure architecture; all contributed to the cloud phenomenon, which went beyond simple hosting or application service provision.

The ability for providers to create massively scalable, homogeneous computing platforms enabled new delivery models which, it was clear, would reach beyond what had previously been possible in terms of processing capability, at the same time as making costs more affordable. No wonder, then, that industry players were so excited.

Cloud – the current state of play

In principle, there is plenty to like but organisations have not adopted cloud wholesale, for a number of reasons. First, while the promise of cloud was compelling in principle, most organisations already had infrastructure and applications developed over decades, and there was neither the will nor the need to throw it all away – even if they could – due to factors such as licensing.

Second, not all data was suitable for being managed by a third party, even if the organisation wanted to.

And third, organisations realised that they were equally capable of creating dynamic infrastructures, which bore the hallmarks of cloud and yet could be managed in-house.

As organisations started to look at cloud computing from a more grounded, technical perspective, the notion of the cloud being some vague place “out there on the Internet” crumbled. A number of architectural models have emerged to meet with the existing needs of organisations – models such as public and private cloud, which enable existing and legacy systems and applications to integrate with cloud services.

From its starting point, cloud computing has evolved into distinct architectural models, delivering a range of services. Historically, organisations have adopted a ‘cloud-lite’ approach for in-house private cloud using commodity hardware, virtualisation and dynamic provisioning technology. However the increased availability of ‘cloud operating systems’ such as OpenStack make it easier to replicate public cloud capabilities in-house.

Behind all cloud-based models lies a common thread: that is, a transition from information technology as products which need to be deployed and supported, to a service-based approach in which the physical hardware is subordinate to the use to which it is put. The phrase often used to describe this fundamental change in philosophy, is delivery of IT as a service. It’s the same as the transition from delivering electricity as a product (through individual generators) to services (across a networked grid grid) over a century ago, and it will happen just as quickly.

Forward-thinking IT organisations recognise that hybrid models are the way forward; they also acknowledge that the real source of technological power in the future will come from the cloud. The ‘service’ concept is key: just as organisations are on a journey towards better service delivery to their increasingly mobile workforces, IT is on a journey towards a utility-based approach where IT services just work, with minimal intervention or need to understand what is happening beyond the wall socket.

This notion of aligning the journey being taken by an organisation and its IT with the journey of service providers towards a utility-based approach, gives IT decision makers an opportunity not only to make better decisions about where workloads should run today, but also where they may want them to run tomorrow.

The time to act is now

The entire IT industry is evolving, whether organisations like it or not. The solution is clearly not wholesale adoption of any single model – public, private or hosted; by the same token, neither can organisations bury their heads in the sand and rely exclusively on legacy systems and architectures. To do so simply increases cost and risk without enabling access to the opportunities that cloud can bring — more innovative competitors will benefit from the agility and cost efficiencies offered by cloud services.

Smarter organisations know that the key is to align their own journeys towards IT as a service, with the continued evolution of IT as a whole towards more utility-based delivery models. Perhaps one day all IT services will be delivered from the public cloud, but right now organisations have to select which option is right for them on a per-application basis, depending on their specific needs. To not do so pro-actively will mean organisations will do so reactively, again increasing cost and risk.