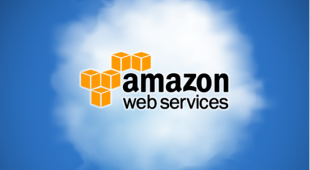 By James Bourne | 13th November 2013 | TechForge Media http://www.cloudcomputing-news.net/
James is editor in chief of TechForge Media, with a passion for how technologies influence business and several Mobile World Congress events under his belt. James has interviewed a variety of leading figures in his career, from former Mafia boss Michael Franzese, to Steve Wozniak, and Jean Michel Jarre. James can be found tweeting at @James_T_Bourne.

Amazon Web Services (AWS) has today launched Amazon WorkSpaces, a virtual desktop infrastructure (VDI) solution with data all stored in the cloud, at its AWS re:Invent show in Las Vegas.

In the morning keynote Andy Jassy, AWS senior vice president, announced the launch alongside giving a few soundbites about how far ahead of the pack Amazon is – as well as an obligatory pot shot at cloud competitor IBM.

Amazon WorkSpaces, as Jassy explained, aims to go where previous VDI technology has failed, because the sector hasn’t taken off in the way it should have done.

“You get to live that dream of centrally managing your desktops, but with no hardware, no software, no infrastructure, and no long term commitments,” Jassy said.

WorkSpaces has a flexible structure, with customers able to consume licences from Amazon, or use licences bought already. Importantly, as all the data resides in the cloud, and not the device – it also gives the IT department peace of mind.

And, by removing a lot of the heavy lifting, the price gets slashed too – with the standard package at $35 per month per WorkSpace, Amazon claims it is half the cost of the typical VDI solution today.

With most corporate event keynotes, whatever time isn’t used up in announcing new products and hearing customer case studies is spent bigging up the company and bashing the opposition.

This was no exception in AWS’ case – but Jassy also spoke passionately about the power of the cloud.

“The cloud unleashes innovation up and down the organisation,” he said. “There’s no longer a tiny amount of people at the top thinking about new ideas.

“In the cloud, you can spin out thousands of instances in minutes – and then, if [it doesn’t] work out, you can either reuse those instances, or give them back to us and stop paying for them. That’s a huge difference.”

The other thing you can do, of course, is power it all down without a huge chain of legacy infrastructure – as Team Obama did in the run-up to the US elections last year – powered, of course, by AWS.

Jassy noted that “a lot of people” credited the technological edge as key to President Obama’s victory, before adding: “It’s pretty amazing what’s happening on the cloud today.”

A cornerstone of the speech was comparisons between AWS and traditional IT vendors, with Jassy claiming they are “getting a little bit panicky.”

IBM, of course, has been making a big cloud play in recent months, most notably with the acquisition of SoftLayer earlier this year. But the Armonk firm lost out to Amazon in a protracted case over a CIA $600m federal cloud computing contract, with the final ruling in October.

Jassy made a thinly veiled critique at IBM’s credentials, calling their strategy “a way to jump up and down, handwave, and try to distract and confuse customers, instead of trying to build comparable functionality to what Amazon Web Services has.”

Not coincidentally, a bus has been riding around Las Vegas this week, with the claim in big letters that IBM supports all but one of the top 25 Fortune 500 companies.

Earlier this week InfoWorld published an article by cloud thought leader David Linthicum outlining his opinion that Amazon has “no reason to worry” about IBM – in particular because Amazon doesn’t have the “legacy baggage” which makes it a preferable public cloud option.

CloudTech opined similarly back in August, claiming that the CIA case ruling would be make or break. AWS won that – for now. Yet IBM’s case is still a compelling one, and they rightly have every confidence going forward.

Jassy had another product launch up his sleeve at the keynote, announcing Amazon AppStream, a developer-friendly tool which offers a “flexible interactive application streaming service for any device”.  Yet it was WorkSpaces which stole the show, with the combination of cloud and virtual desktops a near irresistible one.

Both AppStream and WorkSpaces are available now on limited preview, with Amazon re:Invent ending on Friday. What do you make of the announcement?