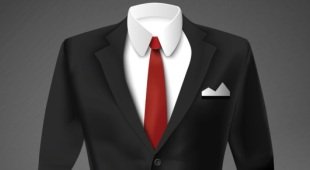 By James Bourne | 14th November 2013 | TechForge Media http://www.cloudcomputing-news.net/
James is editor in chief of TechForge Media, with a passion for how technologies influence business and several Mobile World Congress events under his belt. James has interviewed a variety of leading figures in his career, from former Mafia boss Michael Franzese, to Steve Wozniak, and Jean Michel Jarre. James can be found tweeting at @James_T_Bourne.

Bill Gates once said: “Information technology and business are becoming inextricably interwoven. I don’t think anybody can talk meaningfully about one without talking about the other.”

In many ways this quote could also be used to nicely summarise the biggest change in the business world over the last 10 years – the evolution of information.

Information is such an important commodity and one that holds great value to any businesses. It’s because of this that the person in charge of managing information is the most important person for any company.

If information is the sceptre, CIOs are king

If we take the retail industry, for example, information is critical when it comes to engaging with the consumer. Indeed, information about where your consumers shop, how they shop and what they shop for can be the difference between a 2 per cent rise in turnover and a 20 per cent one.

Insight such as this can have a strong, positive impact on sales and companies such as Amazon have had great success using this insight.

Most businesses are now aware that the key to this is dealing with data. The amount of data available today is mind-boggling – it is said that 90% of all the data in the world has been generated over the last two years!   But it is how data is used that makes the difference between success and failure. It is Data Analytics and Visualisation – the processes of using the data for intelligent decision making – that require a change that CIOs across the country are managing.

However, this sort of change requires buy-in not only at the top C-suite levels, but at every level in an organisation. Only through effecting a company-wide change in corporate culture, and ensuring that every employee at every level understands the role that they can play in helping the company work toward a shared objective, can the benefits of data analytics really start to be felt.

Cloud has now become a cost-effective solution for collecting and analysing large volumes of data.

In essence, there’s been little choice in the matter. The increasing levels of data consumption and production have meant that cloud has had to evolve in line with the ever-escalating demand for data services.

Bringing dark data into the light

IT departments constantly face the problem of dealing with large volumes of data, processing it and then utilising it. The job of the CIO is to make sure that important data doesn’t slip under the radar, but also that irrelevant data isn’t proving costly to store and manage.

As long as IT personnel are trained to deal with the technology and as long as the cloud services are sufficient in dealing with the data that matters, CIOs can feel comfortable in the knowledge that critical data is identified and used correctly.

Where are CIOs now?

The limitless opportunities are what give cloud its vital role in the modern business and also what gives CIOs such an important seat in the boardroom. Companies now recognise that the role that cloud plays in the overall business process means that the CIO, in many cases, holds the proverbial reins to the entire company, both at a grassroots level in a basic IT capacity, and also at an innovative and macro-scale level, when it comes to the bigger, strategic decisions that a company has to make.

The monumental developments in information management and analysis have made the C-Level world turn and look at the CIO for guidance and advice.

Cloud has been the answer to the question of adequate information management, and for that reason the CIOs have found themselves eased up the corporate food chain.