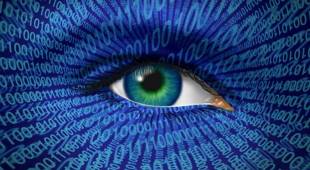 By James Bourne | 19th November 2013 | TechForge Media http://www.cloudcomputing-news.net/
Categories: AWS, Security,
James is editor in chief of TechForge Media, with a passion for how technologies influence business and several Mobile World Congress events under his belt. James has interviewed a variety of leading figures in his career, from former Mafia boss Michael Franzese, to Steve Wozniak, and Jean Michel Jarre. James can be found tweeting at @James_T_Bourne.

When the NSA PRISM revelations hit back in June, it initially spelled bad news for many cloud industry players, especially in the US. With analysts speculating that the damage to the US cloud computing industry could go as high as $35bn, it was a fractured period of time.

For San Jose-based cloud information protector CipherCloud, however, it was a different story.

CEO and founder Pravin Kothari and senior vice president Paige Leidig were both at a Gartner summit in Washington DC when the news broke, and Leidig told CloudTech that the benefits to the company were instant.

“Because of that news, our local sales team on the East Coast brought us in to basically half a dozen different opportunities, directly related to that news,” Leidig said, adding: “Ever since then it’s been a significant driver to generate awareness and importance of protecting data in the cloud.

The quarterly reports certainly back that up. The third quarter of 2013 was the best in the company’s history, breaking the record set by the previous quarter. The company also announced their two millionth user had signed up back in July.

Leidig explained that the firm’s growth was a combination of both increased cloud adoption and a more acute awareness of data protection and compliance regulations.

The company has had a busy few weeks, launching two products – the first a collaboration with Amazon announced last week, the second an extension of the partnership with Salesforce.

CipherCloud’s data discovery solution on the Salesforce AppExchange aims to give customers peace of mind with an added layer of visibility and control of their data which resides in Salesforce, whilst last week saw the unveiling of a cloud encryption tool for both Amazon RDS and Amazon RedShift.

Keen readers will of course be aware that last week saw the Amazon re:Invent conference – at which CipherCloud gave away light sabres – and this week brings Dreamforce, therefore providing the perfect opportunity for push.

Not surprisingly, Leidig noted that re:Invent was “very, very successful” for CipherCloud.

Kothari explained the roadmap behind the Salesforce announcement, describing a “very strategic point in the enterprise journey to the cloud.”

“If you ask any security enterprise customer what the major issues are with the cloud, they will tell you undoubtedly the two are loss of control of the data and lack of visibility,” Kothari said. “These two problems are blocking the growth of cloud adoption in the enterprise.

The CipherCloud CEO stressed the importance of visibility tools, particularly for C-level enterprise executives. And why not; a plethora of research revealed how employees take risks in data protection.

Two reports in July revealed the true extent of this; research from IT Governance concluded that CIOs saw employees as the company’s biggest cyber security threat, while a paper from Fiberlink revealed that one in five employees had accessed websites that had been blocked by their employer.

“[Companies] don’t know what employees are putting in the cloud,” Kothari noted. “They say ‘you can use Jive, Chatter, Yammer’, but when it comes to information they are uploading, they don’t have any understanding.

“What we are seeing is the moment we put cloud as a discovery solution on a click of a button, we can actually roll the cloud, look at all the data there, and report all the violations.

“We can give you all your policy violations in a very nice dashboard, so you can see what’s going on in the cloud,” he added.

With the fallout from PRISM continuing – Yahoo’s encryption announced last night being a perfect example – it’s certainly not a bad option for companies looking to tighten up their cloud security.

What’s your view on how PRISM has affected cloud computing?