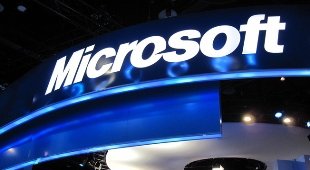 By James Bourne | 1st October 2013 | TechForge Media http://www.cloudcomputing-news.net/
Categories: Government, IaaS, Microsoft, PaaS, Security,
James is editor in chief of TechForge Media, with a passion for how technologies influence business and several Mobile World Congress events under his belt. James has interviewed a variety of leading figures in his career, from former Mafia boss Michael Franzese, to Steve Wozniak, and Jean Michel Jarre. James can be found tweeting at @James_T_Bourne.

Microsoft has announced that its Windows Azure cloud infrastructure has been given the sought after FedRAMP accreditation for US federal cloud computing.

As the American government is trying to go ‘cloud first’, this represents an important milestone for Redmond – if perhaps a little late.

Back in June, competitors HP and Amazon announced that their clouds were secure after gaining federal approval, joining the likes of Akamai, AT&T and Lockheed Martin, with the first accreditation coming from Autonomic Resources back in December 2012.

Yet Microsoft claims that, unlike those other vendors, theirs is the first public cloud platform to be credited with the more specific JAB P-ATO (Joint Authorisation Board Provisional Authority to Operate) – in other words, attaining competency for both IaaS and PaaS.

“This not only opens the door for faster cloud adoption, but helps agencies move to the cloud in a more streamlined, cost-effective way,” wrote Susie Adams, Microsoft Federal CTO in a blog post.

“The FedRAMP process for this type of approval is very rigorous, and the JAB authorization is a big step forward for Microsoft,” she added. “It also speaks volumes to the pragmatic, holistic approach that Microsoft has taken for its cloud services offerings.”

All very nice, but the battle continues to hot up for federal acceptance. IBM and Amazon are still at each others’ throats for the CIA’s $600m private cloud contract, with the latest legal wrangling expected to play out next month.

And, in rather unfortunate timing, Microsoft’s announcement comes on the same day that the US government is shutting down after the two Houses of Congress fail to agree a budget.

Federal cloud acceptance is increasingly becoming a vital battleground, both for credibility and monetisation. The US is still pushing on with a cloud-first strategy, whilst Australia is more reticent and the UK forges ahead with the fourth iteration of its G-Cloud.