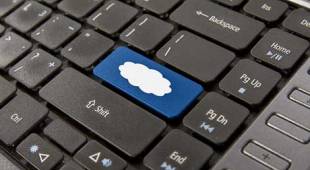 By James Bourne | 7th October 2013 | TechForge Media http://www.cloudcomputing-news.net/
James is editor in chief of TechForge Media, with a passion for how technologies influence business and several Mobile World Congress events under his belt. James has interviewed a variety of leading figures in his career, from former Mafia boss Michael Franzese, to Steve Wozniak, and Jean Michel Jarre. James can be found tweeting at @James_T_Bourne.

With executives satisfied that they can get a return on investment for low-level apps in the cloud, 2014 is going to be the year when enterprise mission-critical apps will take charge, according to cloudy infrastructure platform provider Virtustream.

The findings have been released in a report, entitled “ERP – The Cuckoo in Cloud Land”, and gives insight both into the ERP (enterprise resource planning) landscape as well as the position of mission critical apps in the cloud.

The report initially shows that SAP still dominates the ERP space. 84% of respondents said they used at least one form of ERP, with SAP comprising 55% and rival Oracle 44%, forming something of a duopoly.

Further, SAP users have a more advanced cloud strategy according to the research. Almost nine in 10 (89%) SAP users have utilised cloud in their organisation, compared with 77% of overall respondents.

The report argues that each company’s agenda is reflected in the results.

“SAP has made high profile moves to align itself with cloud providers, and its SAP HANA in the cloud offers much greater cost efficiencies and benefits,” it notes, adding: “Oracle, however, is still rooted in its heritage licensing model that prevents the flexibility of the cloud subscription model.”

Make of that what you will. At the beginning of this month, cloud thought leader David Linthicum wrote for InfoWorld: “Don’t laugh: Oracle could be a serious cloud contender”, although noting that with its announcement of 10 additional cloud services at OpenWorld, the company was “merely following its cloud rivals.”

Yet the rivalry, following both in-memory database releases, is still set to go up a notch.

The report advocates 2014 will be the year of the ERP cloud, and it’s not hard to see why. According to survey respondents, 14% have fully migrated an ERP system to the cloud, with the majority (31%) saying they will migrate in the next 12 months. A further 27% said they’d be in by the end of 2015.

Whilst ERP is not the most mission-critical app for an organisation, the research notes it’s certainly up there. SQL databases were the most popular at 69% of the vote, followed by ERP (66%) and accounting and finance apps (66%). Business intelligence (48%) and CRM (40%) also featured strongly.

The report also discusses the reasons for migration and its associated risks; perhaps not surprisingly, security issues were at the top of agenda (72%) for companies reluctant to migrate. The majority of companies surveyed (87%) said they knew of mission-critical apps being migrated to the cloud, however, so it’s certainly a case of trepidation rather than ignorance.

As is tradition, the benefits of cloud migration were also examined; increased agility (53%) was the most popular response, followed by greater competitiveness (42%) and increased productivity (40%).

Research from identity management provider SailPoint at the back end of 2012 revealed that one in three mission critical apps were currently in the cloud, and this is an interesting development on top of that. It will be interesting to see the effects of enterprise-class migration this time next year.

What’s your view on the research?