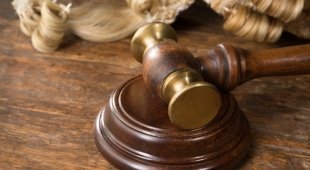 By James Bourne | 9th October 2013 | TechForge Media http://www.cloudcomputing-news.net/
Categories: AWS, Best Practice, Government,
James is editor in chief of TechForge Media, with a passion for how technologies influence business and several Mobile World Congress events under his belt. James has interviewed a variety of leading figures in his career, from former Mafia boss Michael Franzese, to Steve Wozniak, and Jean Michel Jarre. James can be found tweeting at @James_T_Bourne.

Updated Oct 10: IBM’s bid to derail Amazon’s awarding of a lucrative $600m CIA cloud computing contract has been rebuffed after a federal judge ruled in favour of Amazon – but the Armonk company says it is planning to appeal the decision.

The ruling from Judge Thomas Wheeler, which was posted on PACER (Public Access to Court Electronic Records) earlier this week, puts to an end – in theory anyway, IBM can of course still appeal – a saga which has been played out in courtrooms and behind closed doors throughout the summer.

For Jeff Bezos and company, it will certainly appear that justice has been served, after the original contract was handed to Amazon only for IBM to appeal.

Big Blue’s reasons at the time were straightforward enough; Amazon’s proposal was $50m a year more expensive, and the procedures used to rank Amazon’s proposal as being technically superior were wide of the mark, IBM claimed.

A report from the Government Accountability Office (GAO) back in June suggested the contest should be reopened – and that’s exactly what the CIA did.

Amazon then fired a lawsuit against the Federal Government – heavily redacted for public eyes, of course – which came to light in August.

But for now, the case appears to be closed.

An AWS spokesperson commented: “We are pleased with the Court’s decision and look forward to resuming our work on this important contract with our customer.”

“This court decision seems especially inappropriate in light of the current times, since IBM’s bid was superior in many ways, including being substantially more cost-effective. We are disappointed with the ruling from the U.S. Court of Federal Claims, reversing the GAO’s recommendation to reopen the competition and correct flaws in the bidding process.”

The statement continued: “IBM plans to appeal this decision.  IBM has for decades supplied the government with proven mission-critical operations. The company remains committed to provide secure, reliable and robust cloud solutions to federal agencies.”

IBM has traditionally been the go-to vendor for government computing solutions – as the company noted in a statement filed to CloudTech in August claiming that “unlike Amazon, IBM has a long history of delivering successful transformational projects like this for the U.S. government” – yet change is certainly in the air.

Still, there are plenty of other developments for IBM in the pipeline. The company’s takeover of SoftLayer has been well documented, and according to Louis Columbus, speaking to executives at the 451 Research Hosting and Cloud Transformation Summit, the acquisition is going “excellently”, with active collaboration taking place between both teams to migrate existing SoftLayer apps.

Do you agree with the ruling? Or is there more still to come?