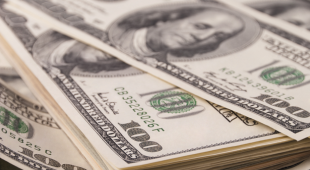 By James Bourne | 28th October 2013 | TechForge Media http://www.cloudcomputing-news.net/
Categories: AWS, Economy, Research,
James is editor in chief of TechForge Media, with a passion for how technologies influence business and several Mobile World Congress events under his belt. James has interviewed a variety of leading figures in his career, from former Mafia boss Michael Franzese, to Steve Wozniak, and Jean Michel Jarre. James can be found tweeting at @James_T_Bourne.

The latest cloud study, this time from IBM, has revealed that companies who use cloud computing as a competitive advantage can expect to have their revenue margins doubled compared to those who don’t have high adoption.

In the global survey of over 800 business decision makers and users, IBM found that leading organisations are moving to the cloud to move away from their competitors in a crowded space.

The report puts companies into three categories: pacesetters, who are “deploying cloud on a broad scale”; challengers, who are at a similar level to pacesetters yet “lag on differentiation and market responsiveness”; and chasers, who are more cautious on cloud.

And the research also details the three areas in which the pacesetters are taking charge: strategic reinvention, such as improving business models and rapid product innovation; making better decisions; and deeper collaboration.

Similarly, two thirds of leading organisations polled are using the cloud to “strengthen the relationship between IT and lines of business”.

Cloud as an enabling technology cannot be understated, and this research particularly notes it. As well as providing the architecture to enable greater workplace efficiency, the report also mentions a “majority” of companies who are using cloud to tie up mobile, social, analytics and big data operations.

Yet it’s not all been an easy ride; over half (51%) of pacesetters admitted their cloud journey thus far had been difficult and complex.

The solution here, according to the researchers, is in open-source cloud platforms, allowing the freedom to take an unconventional route – and possibly make mistakes.

“To cope with constant technology change, pacesetters experiment,” the report notes, adding: “Challengers, too, have recognised the importance of having the executive green light for cloud experimentation.”

IBM, of course, has been extremely busy in the cloud space of late, with the $2bn acquisition of SoftLayer the jewel in Armonk’s crown. Jonathan Wisler, SoftLayer EMEA general manager, told CloudTech of the exciting future between the two companies, whilst this site also revealed how IBM is planning to appeal against the decision to award the $600m CIA federal cloud contract to Amazon Web Services.

The full research report, entitled “Under Cloud Cover: How Leaders Are Accelerating Competitive Differentiation”, can be found here. But what do you make of the research?