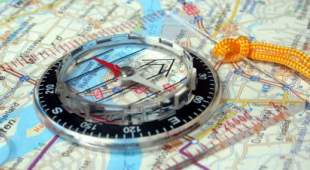 By James Bourne | 2nd September 2013 | TechForge Media http://www.cloudcomputing-news.net/
James is editor in chief of TechForge Media, with a passion for how technologies influence business and several Mobile World Congress events under his belt. James has interviewed a variety of leading figures in his career, from former Mafia boss Michael Franzese, to Steve Wozniak, and Jean Michel Jarre. James can be found tweeting at @James_T_Bourne.

According to a report from Verizon, enterprises are increasing their average monthly cloud spend by 45% with cloud environments becoming “more mainstream”.

The overall sense from the Verizon report, which was conducted between January 2012 and June 2013, was that the enterprise cloud was becoming more and more critical to business strategy.

Cloud-based storage capability went up by 90% during this time, with cloud-based memory usage increasing 100%.

The report examined the current state of the enterprise cloud, quoting a survey from the Economist Intelligence Unit whereby almost half of professionals evaluate cloud models over traditional software when it came to investments.

Despite this however, the report notes the majority of enterprises are in “phase one” of cloud adoption, only risking low commodity items. Yet the future, as one would expect, is hybrid.

“Hybrid clouds allow for many of the cost and flexibility advantages of the cloud while allowing companies to keep greater control over some data and applications,” the report notes, although adding: “As critical applications migrate to the cloud – even hybrid clouds – the cloud needs to mature to support the needs of the enterprise.”

This has led to what Verizon has called a ‘tipping point’. “Organisations have seen the benefits cloud can provide – both in efficiency and cost – and are ready to move an increasing number of mission-critical applications to cloud-based infrastructure,” the report concludes.

“However, in order for this to happen, cloud service providers must deliver to enterprise-grade availability and security,” it adds.

This certainly resonates with the various cloud reports which ask for more sophisticated, transformational thinking about cloud computing as the market continues to mature.

But according to Gartner analyst Gregor Petri, there are three factors which influence enterprise cloud usage in the short to midterm.

Aside from the aforementioned tactical business decisions, Petri also noted that the business impact of cloud services will become more influential, as well as the creation of a wider level of solutions.

Regardless, these two pieces of research sheds light on the enterprise cloud, again pushing a hybrid future and revealed a healthy uptake for now. What’s your opinion on the position of cloud computing in the enterprise?