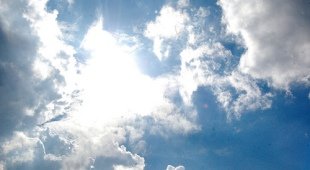 By James Bourne | 16th September 2013 | TechForge Media http://www.cloudcomputing-news.net/
James is editor in chief of TechForge Media, with a passion for how technologies influence business and several Mobile World Congress events under his belt. James has interviewed a variety of leading figures in his career, from former Mafia boss Michael Franzese, to Steve Wozniak, and Jean Michel Jarre. James can be found tweeting at @James_T_Bourne.

Amazon Web Services (AWS) leads the way in terms of developers using cloud compute and storage services, with AWS on an equal footing with Microsoft as the product of choice for devs’ relational database management system (RDBMS) services.

That’s the big takeaway from the latest developer survey by Forrester Research, which certainly sheds light on preferences between the big three providers in the infrastructure as a service (IaaS) market.

Regarding compute services, AWS has a clear advantage on the competition. 62% of respondents have implemented AWS, with 46% saying their usage will expand in the coming year. 39% of developers are using Microsoft Azure with 25% looking to expand, with 29% on the Google Cloud Platform.

With RDBMS, the battleground is more closely defined with Microsoft holding the slight edge – 48% of overall respondents (33% expanding) for Redmond compared with 45% (35% expanding) for Amazon.

In a blog post, Forrester states that they “have to give the nod to AWS when it comes to compute” because of the figures being far ahead the margin of error, whilst the cloud RDBMS workload is “a push, with no clear adoption leader”.

Jeffrey Hammond, Forrester analyst, added: “Looking at each of these three important cloud services shows different competitive forces at play within each service type, and that’s key to understanding how the cloud market is evolving.

“We’re moving away from distinct leaders in a single market segment, like IaaS or PaaS, and toward a model that mirrors a traditional buying pattern, where app development professionals choose between best of breed services.”

The three giants, of course, have been publicly battling it out in the IaaS space over the past several months, with Windows Azure Infrastructure Services being priced exactly alongside Amazon’s model upon its release in April, with Google’s Compute Engine being released in May.

It’s also interesting to note in this survey how there was some decrease in figures – 7% on Microsoft RDBMS said they were decreasing or removing their usage, compared with 5% of AWS storage users.

An article published by ZapThink on CloudTech this week mentions how the game is changing for buying cloud: it’s no longer a case of paying and budgeting for just cloud, but it’s a combination of things, storage, compute, elasticity and so forth.

This research adds more emphasis on how this trend is continuing. But what do you make of it?