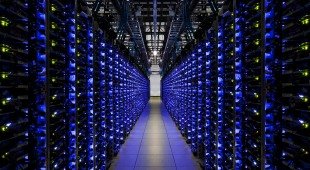 By James Bourne | 19th September 2013 | TechForge Media http://www.cloudcomputing-news.net/
Categories: Big Data, Disaster Recovery, Enterprise, Security, Storage,
James is editor in chief of TechForge Media, with a passion for how technologies influence business and several Mobile World Congress events under his belt. James has interviewed a variety of leading figures in his career, from former Mafia boss Michael Franzese, to Steve Wozniak, and Jean Michel Jarre. James can be found tweeting at @James_T_Bourne.

Enterprise-level cloud storage provider Nirvanix has unexpectedly announced it is shutting down effective September 30, with customers frantically searching for another place to store their data by then.

Several sources have reported the news, with the Wall Street Journal claiming that the storage provider had lost its latest round of funding, and had run out of money to continue operating.

The Twittersphere was varied as the community took the news in:

The initial reaction from a lot of the press was pessimistic: what if people can’t trust the cloud?

“Cloud, like any market, will have winners and losers, and customers need to do diligence on their provider, which should include off boarding – meaning how easy it is to get your data back in a useable format and move elsewhere should you choose or need,” he said.

“Good cloud providers will make this easy, and are open and up front about their provision for this,” he added.

Moyse believes that, in Nirvanix’ case, there wasn’t enough time provided for customers due to lack of contingency provisions, calling cloud “a long term play as a provider.”

“Cloud, in the majority, is a highly positive outcome for the customer,” Moyse added. “There will be exceptions like this along the journey of cloud evolvement as there was in the product world.”

At time of publication, Nirvanix had not responded to CloudTech’s request for information.

What happens from here?

To say it has come as a shock would be something of an understatement, for both the cloud and the channel space.

If you were to look on the Nirvanix website, you’d be blissfully unaware of the predicament, with the last press release issued through the company’s media centre dated March 25, and the last industry news post mentioning them from November last year.

Maybe this might be part of the problem. But there’s light at the end of the tunnel.

The foundations were laid down in a tweet Aorta sent on September 16, which stated: “Nirvanix management team: Your phones are all (understandably) engaged – check your messages. We have a serious proposal for you.”

An article on the official Aorta Cloud website adds meat to the bone. “Our current plan is to raise the funds to allow operations to continue in sustain mode (i.e. no new business) for a minimum of two months, to allow a stabilisation period and for proper financing to be put in place,” the website reads.

“If nothing else, this will allow a more gentle managed exit for customers, but the intention is obviously to take the good work, great people and great technology forward as a going concern.”

This afternoon Aorta also confirmed via Twitter the support of IBM, which means potentially good news for unfortunate Nirvanix customers.

But this still raises questions about that oft-forgotten aspect of putting together a cloud solution – the exit strategy.

Gartner research director Kyle Hilgendorf, in a blog post, assesses the reasons why the analyst’s house cloud exit strategy literature hasn’t been as well received as the rest of their portfolio.

“I suspect it is because cloud exits are not nearly as sexy as cloud deployments – they are an afterthought,” Hilgendorf explains. “It’s analogous to Disaster Recovery and other mundane IT risk mitigation.”

Hilgendorf added a stark warning. “Cloud providers will continue to go out of business,” he noted. “It may not be a frequent occurrence, but it will happen.”

There are two things to be taken from this story: firstly, exit strategies and disaster recovery are not synonymous, so make sure your company is prepared if the worst happens; and perhaps more importantly, if this trend continues,  cloud enterprise data storage could be a three-horse race between Amazon, Microsoft and Google.

It’ll be interesting to see the knock-on effects from here. But what do you think?