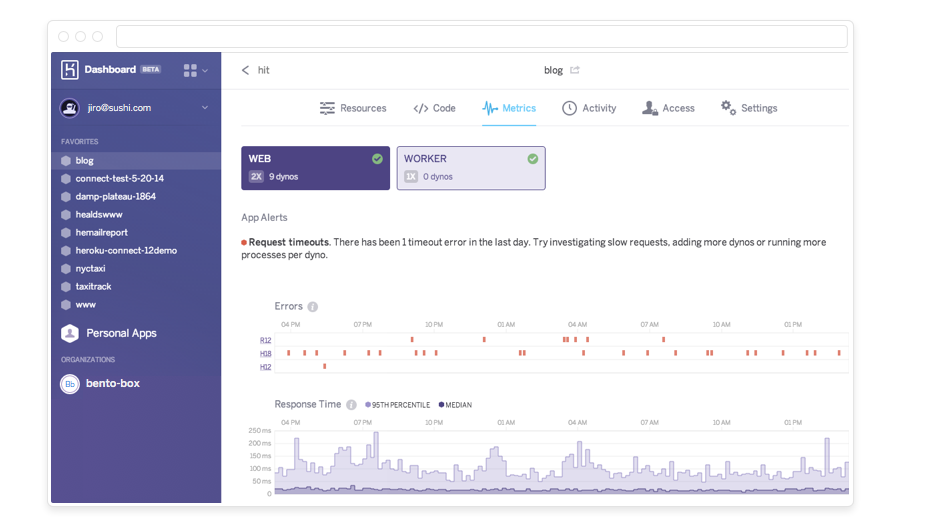 By James Bourne | 4th December 2014 | TechForge Media http://www.cloudcomputing-news.net/
James is editor in chief of TechForge Media, with a passion for how technologies influence business and several Mobile World Congress events under his belt. James has interviewed a variety of leading figures in his career, from former Mafia boss Michael Franzese, to Steve Wozniak, and Jean Michel Jarre. James can be found tweeting at @James_T_Bourne.

Heroku, the Salesforce-owned developer platform, has announced the availability of its Performance Dynos toolset for its European customers, signalling a greater intent for expansion on the continent.

Performance Dynos enables companies to build and run large scale apps, as it contains 12 times the memory of a single Heroku Dyno. The move for European expansion was a natural one; in 2014 the number of apps built on Heroku in Europe went up by nearly 180%.

As a result, it gives companies the option to give their apps greater performance and lower latency, as previously Heroku’s European customers had Performance Dynos available within US infrastructure. It also provides the freedom to scale up and down even in extreme cases for ‘overnight success’ Internet companies.

One example of this instant reward is ad-resistant social network Ello, which runs on Heroku. From barely any traffic, in September the site was clocking up a reported 31,000 invites an hour.

Adam Gross, VP product of Heroku, explains the importance of the move. “[Heroku] speaks to the particular demand that large-scale web and mobile properties have as they quickly achieve scale,” he tells CloudTech. “As we have a lot of startups, and especially large scale enterprise customers in the US, this is a technology we developed to really help democratise that capability.

“[Ello] is really a great example of the kind of customer that Performance Dynos was built to support,” he continues. “We know that if we can handle an Ello, and if we can help them scale from virtually nothing to being an overnight success and a huge Internet property, then we can have that same technology be appropriate for a European retailer in the Christmas shopping season, or a media company dealing at the height of a sporting event.”

European expansion isn’t just a priority for Heroku; it’s a priority for Salesforce overall, who launched its first UK data centre back in May this year. The continent was Salesforce’s fastest growing region in the fiscal Q3. With more and more cloud vendors opening up European data centres, not least because of data sovereignty concerns, it’s no surprise Europe is a key market for Heroku.

Performance Dynos isn’t just for startups, however. Enterprises are increasingly looking to more agile platforms and development tools, such as Node.js. “Where we’ve found a lot of success with our enterprise customers is helping them safely adopt some of the more cutting edge consumer Internet technologies,” Gross explains.

“There’s this perception that the enterprise is more about older school, more traditional technologies. Frankly we see more Node in our enterprise customers than maybe any other segment.” This isn’t a trend just seen at Heroku towers; mobile backend provider FeedHenry is seriously looking at integration following its acquisition by Red Hat, while Node was also a key factor in Progress Software acquiring Modulus back in June.

More pertinently, there have been great levels of success in the arena of open app platforms. Docker, which has partnered with Amazon, Microsoft and Google among others, is a classic example of that, although there were hair-raising security vulnerabilities clocked last week.

Gross argues the landscape makes platform as a service (PaaS) more relevant than ever.

“Clearly a lot of what platform as a service is about is providing new levels of abstraction, and with that abstraction comes new kinds of simplicity,” he says. “People are really starting to understand that this is the new way applications are going to be built and delivered across the board.

“I think it’s going to be really exciting for developers and companies as they more broadly see the benefits you get from using PaaS,” he continues. “You can feel an energy and excitement in the infrastructure community that you don’t always feel. It’s really quite fascinating.”

You can find out more about Heroku’s new regions here.