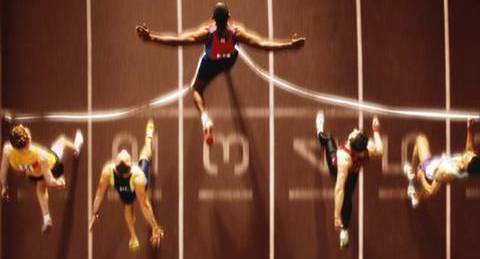 By James Bourne | 4th February 2014 | TechForge Media http://www.cloudcomputing-news.net/
Categories: Platform as a Service,
James is editor in chief of TechForge Media, with a passion for how technologies influence business and several Mobile World Congress events under his belt. James has interviewed a variety of leading figures in his career, from former Mafia boss Michael Franzese, to Steve Wozniak, and Jean Michel Jarre. James can be found tweeting at @James_T_Bourne.

When SAP announced its fourth quarter financial results last month, the focus from analysts and the media was on one particular aspect.

Never mind a fourth consecutive year of double digit growth, or a 69% increase in full revenue on its HANA platform. Everyone’s eyes turned to the mid-term outlook, and specifically this titbit: the company has revised its target of between €3bn and €3.5bn revenue in cloud, as well as its 35% operating margin target, from 2015 to 2017.

“SAP anticipates the fast-growing cloud business along with growth in support revenue will drive a higher proportion of more predictable, recurring revenue in the future,” the company explained in a statement.

The conclusion drawn from this, naturally, was one where the German business software firm was enjoying rip-roaring success from its cloud solutions, but at the expense of its on-premise sales, the company’s traditional money maker – which impacted the company as a result.

But when a company is trying to realign itself in such a way, is this just an occupational hazard?

Sven Denecken is VP cloud strategy at SAP. He sees the announcement not as a revision, or a failure, but an indication of a shift in the industry.

“From a cloud perspective, we are still sticking to what we laid out there in 2014,” he explains, adding: “Irrespective of the deployment model, companies are looking more for a subscription based model, looking for adopting more cloud.”

It was interesting that Denecken’s first view of the 2013 results was that he was “pretty happy” with the growth of the SAP portfolio and the numbers. Not ecstatic, not jumping for joy, just pretty happy.

Yet Denecken notes it’s an interesting time both for his company and the industry in general, and is at pains to point out – similar to when he last spoke to CloudTech in July – that there needs to be the right mix of private cloud, public cloud and on-premise.

“It is critical because the market is shifting, but we’re pretty well prepared,” he notes. “That’s why we said let’s be more aggressive, let’s offer the customers – with that right mix in mind – the traditional on-premise, less hardware, subscription models, managed cloud.

“So it’s ‘what are the business objectives we want to solve?’, and now we define together the right mix between mobile, cloud and on-premise.”

Combine that mix, alongside the move to a single platform – SAP HANA – and there’s a view from within the company that it’s going to be a successful long term strategy, even if a few mid-term targets need revising.

But what about the competition? Last week Oracle CEO Larry Ellison, in his characteristic way, told attendees at Oracle’s CloudWorld conference that “our competitors are this whole new generation of cloud companies…we just swapped a bunch of big guys – IBM and SAP – for a bunch of other guys; small but agile”, according to PC World.

Denecken shrugged this off as ‘yesterday’s news.’

“Cloud computing itself hasn’t made life easier because it added another layer of complexity and heterogeneity,” he explains.

“What we do is we’re simplifying significantly. That means we’re putting one platform on the cloud. We are very intimate with the customer to say ‘what is your current situation, and what is your path to the cloud?’

“That’s where most of the classic cloud vendors fall short: they need to force the customer to change to cloud at vendor speed,” he adds.

SAP’s end of year figures were generally in line with its preliminary results. Non-IFRS software and cloud subscription full year revenue went up 11% at constant currencies to €5.28bn, with total revenue growing 8% to €16.90bn.

Denecken argues that the company’s current strategy is freeing up cash for more innovative projects.

“If you look at the situation of technology and innovation there are three areas; one is hardware, second is software and third is services,” he explains.

“We’re collapsing the spend in the service area, you do that with a combination of pre-configured on-premise with private cloud solutions and public cloud solutions on top of the right mix, and so we are freeing up cash.

“Our overall worldwide share for IT spend is 7%, and I think we can get much, much more,” he adds.

Back in July, SAP’s global customer operations president Rob Enslin said that the company’s commitment to the cloud was ‘stronger than ever’. The company’s financial results six months on make this statement remarkably prescient.