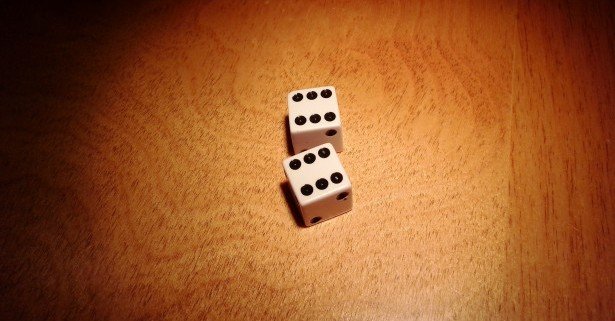 January is always a strange time of year at CloudTech HQ; the Consumer Electronics Show signifies the last vestiges of the holiday break, with the industry firmly awoken from its hibernal slumber to press ahead with 2014 deliverables.

As a result there’s plenty to find across the web – here are our favourite pieces from the last fortnight:

1) Salesforce CEO praises Oracle, slams Microsoft, and hints at analytics acquisitions [Venture Beat]:  Amid the Vegas glitz of CES, over in Manhattan Salesforce kicked off its Salesforce1 World Tour. The ensuing roundtable provided a litany of quotable opinion from CEO Marc Benioff.

Benioff called Steve Ballmer’s resignation “a very good decision…but it’s probably five years too late”, while adding that Microsoft “need[s] to push the rest button on vision.” Yet the Salesforce chief was more salutary about Oracle, saying that its tech was “an important part of our infrastructure.”

Boot up: Salesforce and Oracle announced a strategic partnership back in June, although industry analysts warned the announcement added little to what we already knew – Salesforce was already committed to Oracle technology such as Database 12c.

At the Dreamforce keynote Benioff announced a partnership with HP for Salesforce’s ‘Superpods’ product, begging the question of where things stand with Oracle. This may have put that to bed.

2) SAP on track for €1bn annual cloud sales [Financial Times]: While much of the attention in point 1 focused on Salesforce and Oracle, SAP continues to go about its business solidly, with €758m (£461m) in cloud subscriptions and support so far, above its guidance total of €750m.

Yet FT reporter Chris Bryant questions whether the German firm can keep these results going “without sacrificing the high margins and sales associated with its bread-and-butter physical software business.”

Boot up: SAP’s launch of in-memory database HANA earlier this year has been something of a success, with the company now fleshing out its big data strategy to incorporate support for Hadoop through Intel, as well as an Apache open source platform from Hortonworks. SAP is either distancing itself further from Oracle’s product or spreading its bets, dependent on how you look at it. Look out for SAP’s full results disclosure on January 21.

3) Patent trolls target their next victim: Cloud computing [InfoWorld]: Simon Phipps claims it’s “inevitable” for cloud computing to suffer next from the patent trolls, but why? It’s the university researchers and the slow-moving nature of the cloud startup industry which will seemingly make the world cave in.

But there is a solution, argues Phipps; the Open Invention Network (OIN), which has taken “significant and intentional” steps to protect cloud computing.

Boot up: There’s plenty of crossover between OIN members and the OpenStack Foundation, such as IBM and Red Hat. Oracle (see point 1) was also a member of OIN, but those with long memories will remember the, erm, patent war between Oracle and Google which came to a head in 2012, seeing Big Red withdraw its OIN membership. This also makes Oracle’s recent sponsorship of OpenStack a bit more interesting.

4) IBM Watson Group Unveils Cloud Services to Visualise Big Data Insights, Fuel Analytics Exploration [Scientific Computing]: It would seem strange going a whole week without discussing IBM in the cloud, and this is no different, with Watson being deployed in three services over the cloud.

One is involved with the pharmaceutical, publishing and biotech industry, whilst the other two focus on big data insights, concentrating on visualisation and enterprise respectively.

Boot up: This prophesises what IBM discussed at their Mobile World Congress session earlier this year, arguing that big data will soon enough be saving lives. Expect to see the term ‘Watson as a service’ more frequently, although revenue is still a big sticking point; IBM expects Watson to be turning over $1bn a year by 2018, yet that number was only at $100m in October, according to the Wall Street Journal.

5) How cloud computing is transforming problem solving [The Guardian]: “The cloud is giving us all access to massive amounts of data and computing power, enabling designers to solve problems in a whole new way,” writes Autodesk UK’s Pete Baxter for the Guardian.

Baxter cites the city of Vancouver as an example of this shift; having put together a simulated city, with the data all in the cloud it’s much simpler to plan new infrastructure projects.

Boot up: Town planning and designing is one of the many areas which has been positively affected by the rise of cloud, alongside education, medicine and manufacturing.

6) And finally… One of the most prevalent news strands during the beginning of 2014 was how China is coping with the cloud. Both local and international vendors have been playing the game, from Amazon Web Services to China Unicom. To top it off, Hong Kong has introduced its own government cloud model, with US $31.2m set aside to implement the venture in the next five years.

What’s been your favourite cloud story so far this year?