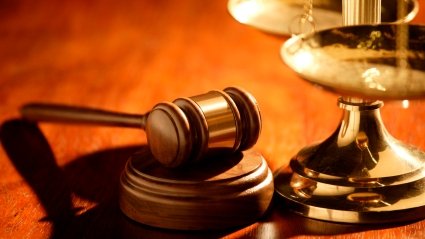 Cloud computing services and technology is on the cusp of mass adoption by the legal industry, according to a report from LexisNexis.

Nearly three quarters (72.4%) of firms surveyed said they were more likely to use the cloud this year, with adoption levels among attorneys in smaller firms hitting 40% – a number which is 10% higher than previous surveys.

This consensus is so grounded that, for the majority (38.7%) of the over 275 respondents, cloud systems will overtake on-premise in the legal profession within five years.

There was also a sense in the survey that a move to the cloud was inevitable. Almost a quarter of respondents believe that their employees are already using cloud tools, without the law firm’s knowledge of approval. As the report noted, this uncertainty means real usage figures would be higher.

Document storage and management services were the most popular cloud products in the legal profession according to the survey, followed – thankfully – by backup tools, then hosted email clients and file sharing products.

It was a similar story when respondents were asked of the most valuable benefit of cloud. Freedom of access (45.2%) was the most popular choice ahead of data backup (4.05%). Ease of use (4.3%) trailed behind.

One of the biggest plus points for cloud traditionally has been price – but in this instance, there was a distinct lack of clarity in the research results.

Almost two in five (39.4%) believed cloud based legal products were less expensive than their on-premise equivalents, with 21.9% believing they were more expensive and 38.7% of respondents saying they weren’t sure.

If price could be seen as an issue, then it won’t come as any surprise that security remains a major sticking point. More than two in five respondents place security, or confidentiality of data, as the most significant issue. The next response, ethical concerns, barely had one in five.

However less than one in 10 (9%) of attorneys in small firms think that cloud is not safe – compared to the over 40% who think otherwise.

This points to an overall trend of greater cloud adoption in the legal profession – but the law firms are more confident than the attorneys.

Three quarters (72.4%) of firms said they were more likely to consider a cloud service this year, whilst the majority for attorneys was rather slender – a narrow 50.2%.

Do you agree that cloud will become omnipotent in the legal profession, where data loss is so crucial?