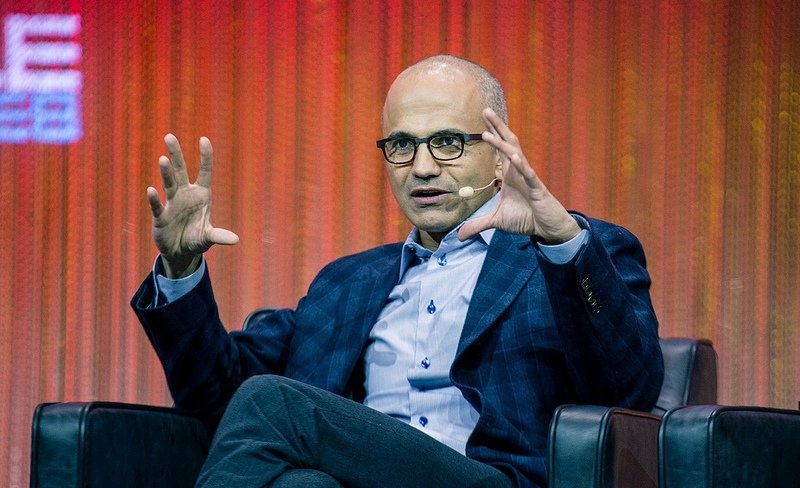 By James Bourne | 11th July 2014 | TechForge Media http://www.cloudcomputing-news.net/
Categories: Microsoft,
James is editor in chief of TechForge Media, with a passion for how technologies influence business and several Mobile World Congress events under his belt. James has interviewed a variety of leading figures in his career, from former Mafia boss Michael Franzese, to Steve Wozniak, and Jean Michel Jarre. James can be found tweeting at @James_T_Bourne.

Satya Nadella’s tenure as Microsoft CEO officially began in February, but with the release of his first company-wide memo emphasising a mobile-first, cloud-first ethos, the new boss has certainly got his feet under the table.

The email to all employees, which can be seen on the Microsoft website, doubles down on the vision of Nadella, who previously headed up enterprise and cloud before taking the chief exec’s job. Nadella informed employees that the age of devices and services has been replaced by the “productivity and platform” era.

“We live in a mobile-first and cloud-first world,” he wrote. “Computing is ubiquitous and experiences span devices and exhibit ambient intelligence.

“We are moving from a world where computing power was scarce to a place where it now is almost limitless, and where the true scarce commodity is increasingly human attention.”

He continued: “The combination of many devices and cloud services used for generating and consuming data creates a unique opportunity for us. Our passion is to enable people to thrive in this mobile-first and cloud-first world.”

Mentioning cloud specifically as “the largest opportunity” for the company, he added: “The combination of Azure and Windows Server makes us the only company with a public, private and hybrid cloud platform that can power modern business.

“We will transform the return on IT investment by enabling enterprises to combine their existing data centres and our public cloud into one cohesive infrastructure backplane.”

Nadella’s already set down his marker that productivity is the way forward for Microsoft, with the release of Office for iPad an obvious gain, as well as making a conscious move away from previous CEO Ballmer’s walled garden approach.

In the memo, Nadella takes the opportunity to further define productivity, saying it “goes well beyond documents, spreadsheets and slides.”

“We will reinvent productivity for people who are swimming in a growing sea of devices, apps, data and social networks,” he wrote. “We will build the solutions that address the productivity needs of groups and entire organisations, as well as individuals, by putting them at the centre of their computing experiences.”

He continued: “We will relentlessly focus on and build great digital work and life experiences with specific focus on dual use.

“Our cloud OS infrastructure, device OS and first-party hardware will all build around this core focus and enable broad ecosystems.”

It’s not all good news, though. Nadella wrote coyly about the “engineering and organisation changes” the senior leadership team believes are needed, and according to SFGate, “people familiar with the CEO’s thinking” see this as layoffs, in other words.

Microsoft certainly won’t be the first cloudy-thinking company to trim down its staff, yet it’s interesting to note how Nadella believes his company has not been moving fast enough.

“Every team across Microsoft must find ways to simplify and move faster, more efficiently,” he warned. “Culture change means we will do things differently. Often people think that means everyone other than them. In reality, it means all of us taking a new approach and working together to make Microsoft better.”

It’s as you would expect from a Microsoft memo; lots of corporate chest thumping interspersed with interesting titbits. Yet it’s fascinating to note the way Nadella is changing things.