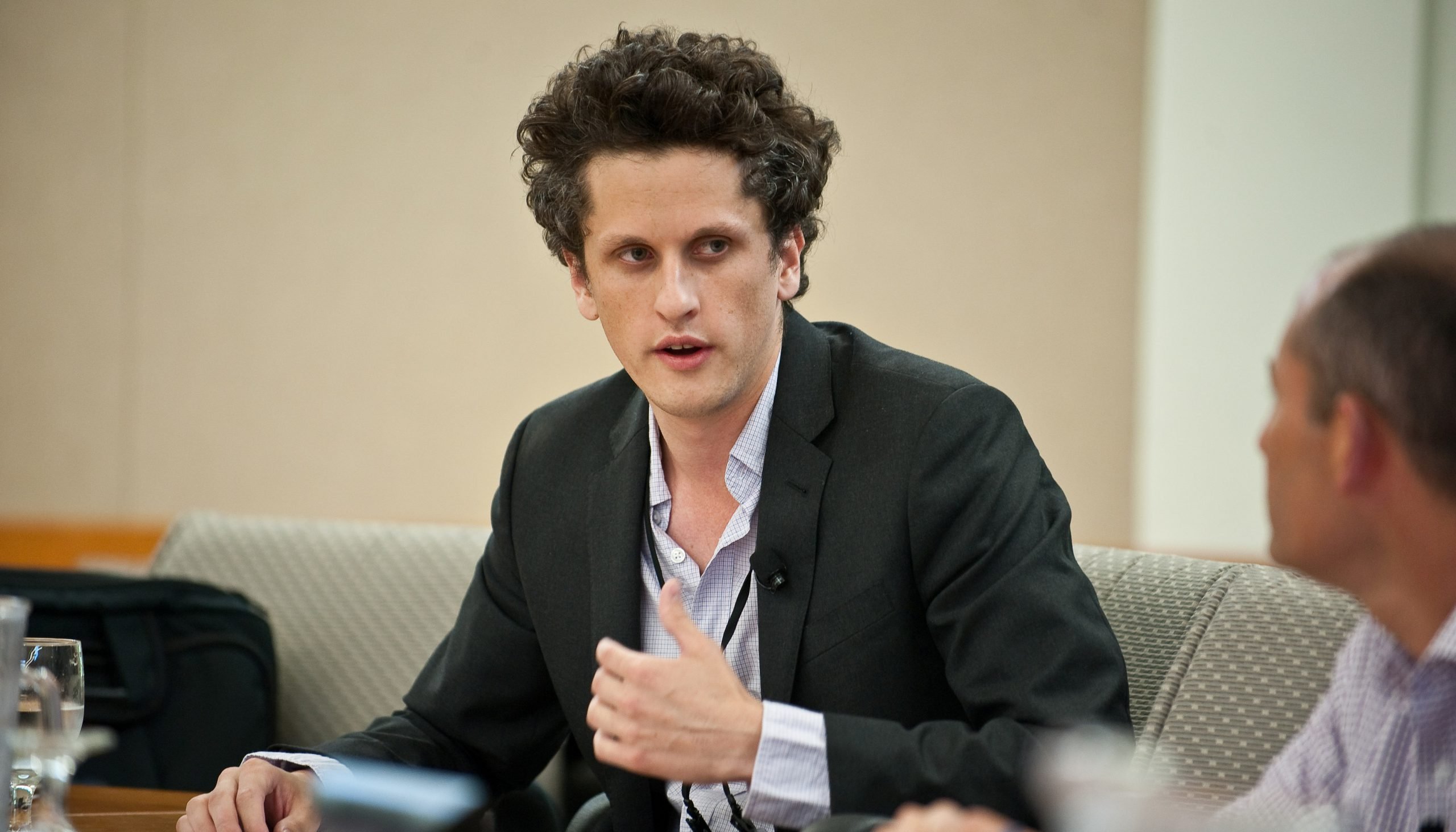 By Tien Tzuo | 8th May 2014 | Zuora http://www.zuora.com/
Categories: Industry, Storage,
Tien Tzuo is the founder and CEO of Zuora, a cloud service founded in 2007 that provides accounting and billing services for other cloud computing companies. Before Zuora, Tzuo spent 9 years at Salesforce.com where he was employee No. 11 and its former Chief Strategy Officer.

When Box filed its long-awaited paperwork to become a public company, it set off discussions about the financial health of the company, and the long-term viability of its business model.

At issue was how much money Box spends- particularly on sales and marketing – compared to its revenue. People began to wonder whether the founder and CEO, Aaron Levie, was a quack or a modern-day genius.

Let me be clear: he’s a genius, and he’s not the only one.

It’s crazy to me that 10 years after the IPO of Salesforce.com as the first public software-as-a-service (SaaS) company, Wall Street still doesn’t seem to understand the subscription – or recurring revenue – business model. The software industry has been on an inevitable path to subscriptions since 1999, when Salesforce was founded.

Yet the recent decline in demand for cloud software technology stocks, causing Box to potentially delay its IPO, confirms a fundamental lack of understanding of how the sector is evolving. The reality is that there has always been, and still is, significant value in business models such as these, it just needs to become more widely understood.

Fast forward to today and we are seeing companies such as Workday, Adobe, and Zendesk prove that a subscription model with recurring revenue creates not only a different kind of business, but  when managed well, a healthy and financially attractive model that has disrupted some of the most established industries across the globe.

Even giant software vendors like SAP are now offering major products via subscription. And this is just the beginning.

Why then is there such controversy about Box? Forbes writer Kurt Marko recently questioned whether Box is a “viable standalone business,” pointing out that its operating expenses outweigh revenue, and calling it “the beginning of the end”. Erik Sherman with CBS News claimed that Box “badly needs the money” and that “an IPO is necessary to bring in the capital needed for long-term viability”.

It’s become apparent to me that there is a fundamental lack of understanding about the subscription business model, a term I call the ’Subscription Economy’.

In order to understand the true genius of Box, let’s look at the four big differences between the subscription model and a traditional software business.

The first thing to understand is that for a subscription business, revenue is not revenue. It’s the difference between a one-time payment and recurring payments.

In fact, accounting systems do not differentiate between a pound that recurs and a pound that does not. Accounting systems today are built on the double entry standard created 500 years ago by Luca Pacioli to help Venetian merchants track the sale of spices. And in that system, a pound is a pound.

Fortunately, there’s a simple way to approximate ARR from a standard income statement — just take the quarterly revenue, strip out non-recurring revenue, such as setup fees or consulting fees, and multiply it by four. This will give you a close estimate as to what the ARR was as the start of that quarter.

Now, let’s relate this to Box. Unfortunately, the company doesn’t actually break down how much of its revenue comes from subscription, compared to that which comes from professional services. We do know that professional services accounts for less than 10% of the total revenue, otherwise it would need to present that separately from subscription revenue.

If we make an educated guess that Box’s consulting revenue is in-line with Salesforce.com’s and plug in 5%, based on that, we see that Box started its most recent quarter at $148 million ARR, double what they were at one year ago.  That’s pretty good growth.

2. What do you know, it turns out cloud storage is not that expensive

In a SaaS company, there are really just three sources of costs: people, data centre storage, and marketing. One common refrain I’ve heard from people is that Box’s costs must be high, since they are storing a vast number of files and have to purchase so much storage space. Surely they must be losing money because they require so much storage per user?

If we take a look at what Box says about its costs of revenue:

“Our cost of revenue consists primarily of costs related to providing our cloud-based services to our paying customers, including employee compensation and related expenses for data centre operations, customer support and professional services personnel, payments to outside infrastructure service providers, depreciation of servers and equipment, security services and other tools, as well as amortization of acquired technology”.

Now, most folks will take these cost buckets and map that to revenue to get a margin. Revenue minus costs of revenue, for example, is your gross margin.  We’re going to do something different and compare these costs to ARR.

The great thing about ARR is that it’s a forward-looking metric — ARR very closely approximates what you expect to make this upcoming quarter, compared to revenue which tells you what you already made last quarter. If you are Levie and Smith, and you know what your ARR is at the start of the quarter, you can make some smart decisions on how you want to spend that money. Comparing expenses to ARR better approximates how the executives in the company actually think and run their businesses.

If you use this calculation, Box’s gross margins are in line with others in the SaaS industry.  As a result, it actually doesn’t cost that much to offer storage in the cloud.

At the heart of financial accounting is the concept of matching.  When £1 is shown on the income statement, it shows the amount of costs of goods sold, sales and marketing, R&D and G&A (general and administrative) that went into making that £1.

Unfortunately, the whole concept of matching starts to break down for subscription business models, purely because ARR represents the revenue acquired in previous periods, which are simply now being renewed.  You do need to service the customer, so the cost of goods and G&A is to service the customer and does match to the ARR.

That’s why we like to look at something we call Recurring Revenue Margin, which is your ARR minus your cost of sales, research and development, and G&A, but before spend on sales and marketing.

When you look at Box’s business from a recurring revenue margin viewpoint, you see they are running a profitable business. If Box stopped all sales and marketing today, it wouldn’t grow any more, but it would have an intrinsic 20% margin business. Now, Box isn’t as profitable as Salesforce or Netsuite – yet – but when you look at Box’s recurring revenue margin over the last four quarters, the trend isn’t bad.

It’s no secret that Box is spending heavily in research and development.  Why is this? I would speculate that this is Levie betting on the future – Levie probably believes he has a big market that is growing fast, and he needs to invest in R&D with more features to outpace Dropbox or Microsoft’s SharePoint product.

4. The genius of going for growth

So what have we established so far?  Subscription businesses really care about recurring revenue, which is measured by ARR.  On an ARR basis, Box is one of the fastest growing SaaS companies today. On a gross margin basis, it doesn’t cost Box too much to offer storage in the cloud, and on a recurring revenue margin basis, Box is building an inherently profitable business.

The last thing to look at is where all the controversy lies. On his blog, Tomasz Tunguz notes that:

Let’s take that again. Box is spending more money on sales and marketing than it has revenues, three times more than its peer group, and over 50% more than the #2 spendthrift on the list. So what is Levie getting for all that money?  Let’s take a look.

In the quarter ending 31st October 2013, Box spent $46 million in sales and marketing to grow ARR by $20 million, net of churn. That means he spent over $2 to acquire $1 of growth.  Compared to other public SaaS companies, that’s on the high side. Although if Box expects that $1 to recur for the next 5 or 10 years, that’s still a pretty good deal.

The question remains: has Levie built a house of cards that requires more and more money to fuel, but one which will ultimately fall down when the music stops?

I don’t think so. I see a person who, by the age of 28, has convinced some pretty big names in the investment community to give him over $400 million dollars to go after a once-in-a-lifetime opportunity.

Furthermore, Levie then built a business with strong fundamentals that is intrinsically profitable, if looked at in the right way.

Finally, by recognizing that he’s in a land grab in a fast growing market with multiple players, Levie is showing he has the courage to bet big and spend big to acquire as many customers as he can.

However, what happens if one day Levie decides that he’s won, that he sees the market for cloud collaboration slowing, and he’s the clear market share leader? At that point, if he cuts R&D back down to 15%, and sales and marketing down to 15%, he’ll have a 25% margin business.  If he’s a $1 billion company at that point, that means he can throw off $250 million in cash.

If Levie can grow that into a $10 billion company, he’s throwing off $2.5 billion in cash. That’s a great business. And that’s the genius of Aaron Levie.

Tien Tzuo is the founder and CEO of Zuora, a cloud service founded in 2007 that provides accounting and billing services for other cloud computing companies. Before Zuora, Tzuo spent 9 years at Salesforce.com where he was employee No. 11 and its former Chief Strategy Officer.