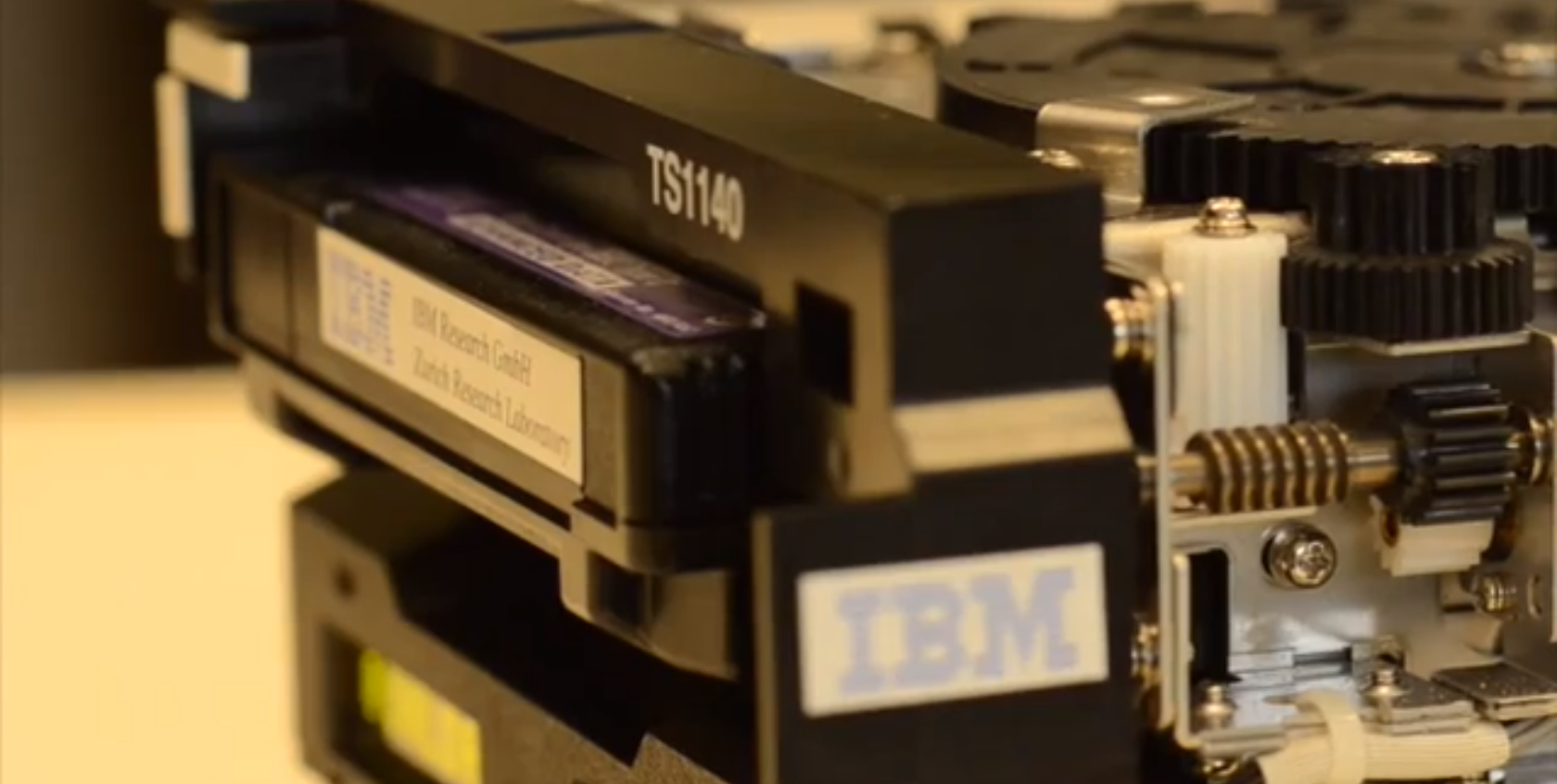 By James Bourne | 20th May 2014 | TechForge Media http://www.cloudcomputing-news.net/
James is editor in chief of TechForge Media, with a passion for how technologies influence business and several Mobile World Congress events under his belt. James has interviewed a variety of leading figures in his career, from former Mafia boss Michael Franzese, to Steve Wozniak, and Jean Michel Jarre. James can be found tweeting at @James_T_Bourne.

Anyone who might have spotted a large order of champagne delivered to the Armonk area last night will now know why: IBM has just set a new record for the amount of big data stored on tape.

The Big Blue scientists have announced an eye-watering 85.9 billion bits of data per square inch on the latest tape, built from barium ferrite in conjunction with Fujitsu. This translates to 154 terabytes of uncompressed data on a standard LTO size cartridge – or, in non-tech terms, around 154 million books in one cartridge.

“Even though tape technology is more than 60 years old, it’s very relevant today for one main reason: big data,” said Dr. Mark Lantz at IBM Research. “There’s a big divergence between the rate at which we’re creating data and the ability to cost-effectively store it.”

Dr Lantz added that tape beats hard disk storage due to its reliability, security, and cost.

IBM speaks of the four Vs of big data – volume, variety, velocity and veracity – and predicts that by 2020 there will be 40 zettabytes, or 40 trillion gigabytes, of data.

Even with the popularity of cloud, today’s news from IBM shows that tape, for archival purposes, is still in the conversation. As storage and I/O blogger Greg Schulz, writing for CloudTech, said last year: “I do not have to, nor should anyone have to, choose a side [between tape and disk].

“Instead look at your options – what are you trying to do, how can you leverage different things, techniques and tools to maximise your return on innovation?

By comparison, the number of objects stored in the Amazon S3 cloud, as of April 2013, was a more modest two trillion.

Take a look at more pictures of the record-breaking tape below:

Reproduced with permission from IBM.