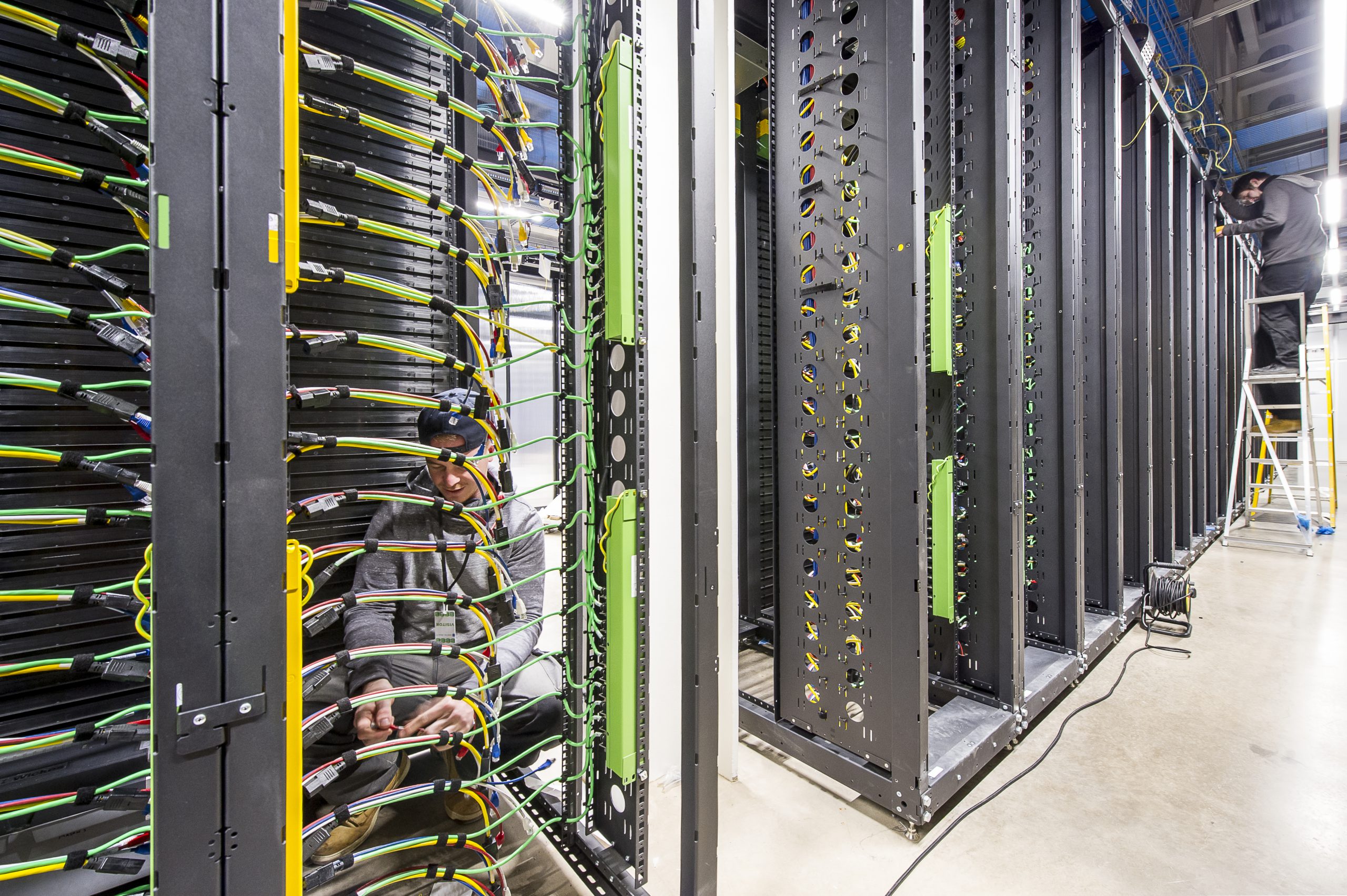 By James Bourne | 24th April 2015 | TechForge Media http://www.cloudcomputing-news.net/
Categories: Data & Analytics, Data Centres, Data Management, Europe,
James is editor in chief of TechForge Media, with a passion for how technologies influence business and several Mobile World Congress events under his belt. James has interviewed a variety of leading figures in his career, from former Mafia boss Michael Franzese, to Steve Wozniak, and Jean Michel Jarre. James can be found tweeting at @James_T_Bourne.

Rackspace has officially launched its new UK data centre in West Crawley, cutting the ribbon in front of local dignitaries, partners and a smattering of hacks.

The launch, on April 22 – not coincidentally Earth Day – offered the chance for Rackspace and its partner Digital Realty to map out its future and the importance of two key areas; the Open Compute Project – to whom the data centre design has been donated – and environmental change.

The 130,000 square foot facility, built on a 15 acre campus, has a power usage effectiveness (PUE) rating of 1.15, which Digital Realty SVP sales and marketing Matt Miszewski noted was “almost unheard of in commercially available multi-tenant data centres.” The average data centre PUE is nearer 1.7, and Rackspace admitted their original target was 1.25.

Other environmentally-conscious features include a sloped roof to harvest rainwater, as well as circular lights which utilise natural light and cooling using natural air – or, as an exec noted, to take advantage of the UK’s natural temperature.

“The progress has been incredibly impressive,” Miszewski said. “In partnership we can say this is one of the greatest data centres on the planet.” “We’ve heavily invested here, and we appreciate the opportunity to serve the community,” added Rackspace COO Mark Roenigk.

PUE remains an important metric to assess the environmental impact data centres create, however it’s not universally recognised. Professor Ian Bitterlin, chair of the British Computer Society’s data centre group on server lifecycle, recently told E&T: “The problem with PUE is that people confuse it with a data centre ‘goodness’ metric. It is not.” He added: “A data centre can have a PUE of 1.2 but be wasting 90% of the total energy because the utilisation is low. Improving server effectiveness is the only way to improve data centre effectiveness.”

The company anticipates customers from around the globe to utilise the Crawley data centre, but expects most of the demand to come from the UK and Europe, where various other vendors have been building data centres for greater latency and data sovereignty from European customers.

Rackspace was unable to detail specifics on customer movement, but CloudTech understands customers would be migrating data over to the centre by end of May.

Disclosure: Your correspondent’s travel expenses for this story were paid for by Rackspace.