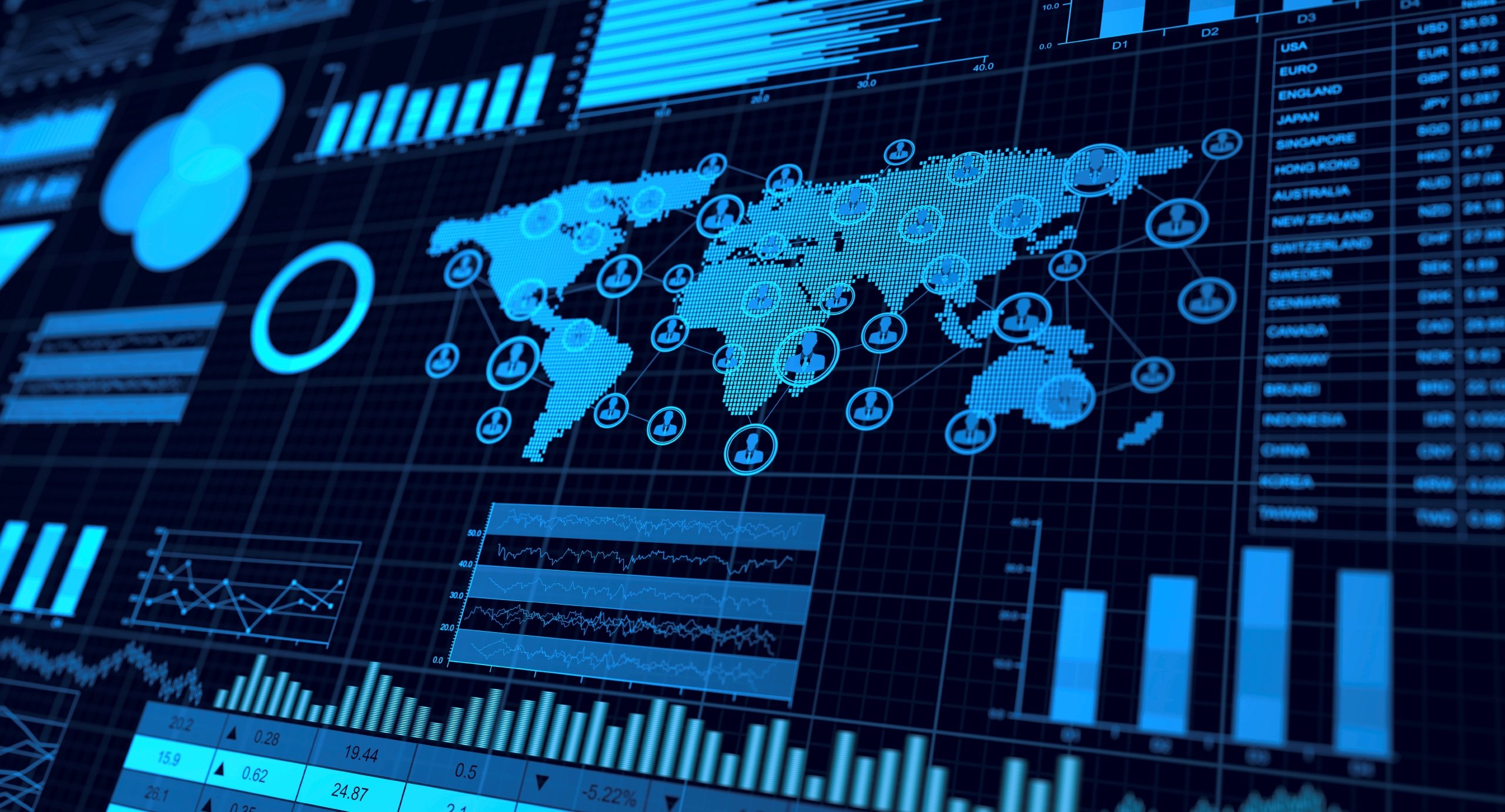 By Larry Peterson | 2nd November 2015 | Open Networking Laboratory http://sdn.ieee.org/
Larry Peterson is Chief Architect at the Open Networking Laboratory, Director of the PlanetLab Consortium, and the Robert E. Kahn Emeritus Professor of Computer Science at Princeton University. He currently splits his time between Silicon Valley, Princeton, and Tucson, where he has an appointment at the University of Arizona. Peterson is also co-author of the best selling networking textbook Computer Networks: A Systems Approach. In 2007 he co-founded CoBlitz LLC to CDN technology developed on PlanetLab. CoBlitz was acquired by Verivue in 2010, and subsequently by Akamai in 2012. Peterson is a former Editor-in-Chief of the ACM Transactions on Computer Systems, and served as program chair for SOSP, NSDI, and HotNets. He is a member of the National Academy of Engineering, a Fellow of the ACM and the IEEE, and a past recipient of the IEEE Kobayashi Award and the ACM SIGCOMM Award. He received his Ph.D. from Purdue University in 1985.

Network operators are in the throes of unprecedented challenges. The proliferation of video traffic, mobile devices, and OTT services has pushed operator networks into uncharted territory. According to Krish Prabhu, CTO of AT&T Labs, for example, data traffic has increased 100,000% in the last eight years, and looking forward, plans are now underway to roll out ultra-fast fiber and access to 100 cities across the US.

Network operators want to make their networks efficient, programmable, elastic and agile to meet the challenges of user bandwidth demands, as well as to create new revenue streams with innovative services. They want to benefit from both the economies of scale (infrastructure constructed from a few commodity building blocks) and the agility (the ability to rapidly deploy and elastically scale services) that cloud providers enjoy today.

These cloud-inspired benefits are especially needed at the edge of operator network: in the Telco Central Office (CO). These facilities contain a diverse collection of purpose-built devices, assembled over 50 years (standards-based architecture with vendor proprietary). This makes them both a source of significant CAPEX and OPEX and a potential barrier to rapid innovation. Moreover, large service providers operate thousands of such COs, each serving tens of thousands of residential, mobile, and enterprise customers.

In response to these challenges, network operators are re-inventing their networks to better leverage best practices in cloud elasticity and agility, software defined networking (SDN), and network function virtualisation (NFV). One such effort, CORD, is a collaborative effort between AT&T and the Open Networking Lab.

CORD re-architects the Central Office as a data centre. The basic approach centers on unifying the following three related but distinct threads:

The goal of CORD is not only to replace today’s purpose-built hardware devices with their more agile software-based counterparts, but also to make the CO an integral part of every telco’s larger cloud strategy and to enable them to support more attractive and meaningful networking services.

The target hardware for CORD consists of a collection of commodity servers and storage, interconnected by a leaf-spine fabric constructed from white-box switches. An illustrative example is shown in Figure 1.

Although similar in design (albeit on a smaller scale) to a conventional data centre, there are two unique aspects to this hardware configuration:

The first step is to virtualise the existing hardware devices, transforming each device into its software service counterpart and running it on commodity hardware. In the process, functionality is likely disaggregated and re-packaged in new ways. Figure 2 shows the devices that CORD virtualises. They include Optical Line Termination (OLT), Customer Premises Equipment (CPE), and Broadband Network Gateways (BNG).

Due to space limitations, this overview focuses on GPON technology and virtualising the OLT to produce vOLT; there are also virtualised counterparts to the CPE (vCPE) and BNG (vBNG).

The first challenge is to create a commodity I/O Blade. AT&T has developed an open specification for a GPON MAC 1RU “pizza box,” as shown in Figure 3. This board includes the essential GPON Media Access Control (MAC) chip under control of a remote control program via OpenFlow. This replaces an existing closed and proprietary OLT chassis (not shown) that integrates this GPON MAC chip with GPON protocol management, 802.1ad-compliant VLAN bridge, and Ethernet MAC functions.

The end result is to bring the access network interface under the same SDN-based control paradigm as the white-box based switching fabric. In other words, virtual OLT (vOLT), is implemented as a combination of: (1) Merchant Silicon (i.e., commodity GPON interface boards) and (2) an SDN control function that sets up and manages control plane functions of an OLT (e.g., 802.1X, IGMP Snooping, and OAM).

The vOLT control application running on top of ONOS facilitates attachment and authentication (AAA), establishes and manages VLANs connecting consumer devices (see next section) and the CO switching fabric on a per-subscriber basis, and manages other control plane functions of the OLT.

Replacing hardware devices with software running in virtual machines is a necessary first step, but is not by itself sufficient. Just as all the devices in a hardware-based CO must be wired together in a meaningful way, their software counterparts must also be managed as a collective. This process is often called service orchestration, but if network operators are to enjoy the same agility as cloud providers, the abstractions that underlie the orchestration framework must fully embrace (1) the elastic scale-out of the resulting virtualised functionality, and (2) the composition of the resulting disaggregated (unbundled) functionality. A model that simply “chains” VMs together as though it is operating on their hardware-based counterparts will not achieve either goal.

Our approach is to adopt everything as a service (XaaS) as a unifying principle. This brings the disparate functionality introduced by virtualising the hardware devices under a single coherent model. The control functions run as scalable services (these functions run on top of ONOS), the data plane functions run as scalable services (these functions scale across a set of VMs), the commodity infrastructure is itself managed as a service (commonly known by the generic name IaaS), and various other global cloud services running in the CO are also managed as scalable services. No matter the role it plays in the overall CORD architecture, each service is structured in exactly the same way: it supports a logically centralised interface, called a service controller; it is elastically scale across a set of service instances (corresponding to VMs and OpenFlow switches); and it is multi-tenant with an associated tenant abstraction.

While vOLT, vCPE, and vBNG refer to the virtualised counterpart of the three physical devices, they are not complete and “pluggable” elements in CORD until they are packaged as services—each includes a multi-tenant service controller, and each scales independently across a set of service instances. Because, the new architecture no longer requires functionality to be bundled along the same boundaries as before, it is more intuitive to think of the virtualisation process as resulting in three generic, multi-tenant services:

If a content distribution network (CDN)—itself a scalable cloud service deployed throughout the operator’s network, including caches in the CO—is added to these three new services, we have an example of the three kinds of services outlined in the Introduction: a cloud service (CDN), a data plane service (subscriber as a service), and two control plane services (access as a service, Internet as a service). This results in the legacy CO depicted in Figure 2 being re-architected into the data centre version shown in Figure 4.

CORD is a significant milestone in bringing cost effectiveness and agility to Telco Central Offices. The plan is to build a fully functional reference implementation, followed by validating the architecture through lab trials and eventually field trials, and hardening the system along the way based on trial data. Taken as a whole, the goal is to bring CORD close to readiness for commercial deployments in operator networks.