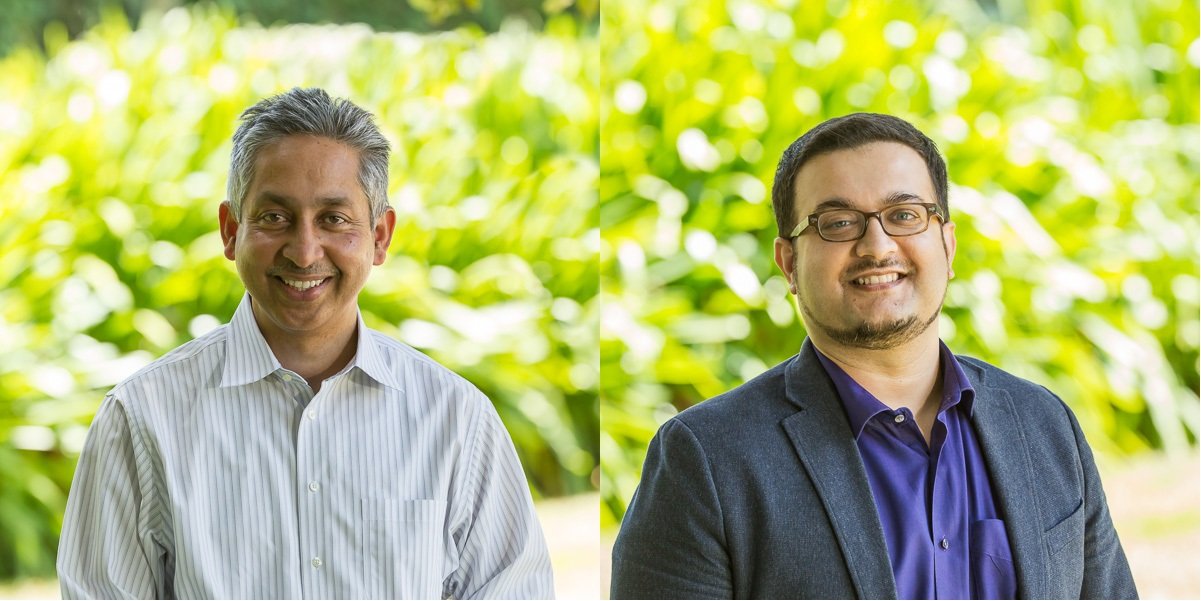 There’s been a fundamental shift in the way we work since the year 2000. Over time the desk job became the home office/plane/coffee shop job, over the objections of those nostalgic for the traditional 9-5. Employees wanted access to their work wherever they happened to be and technical staff scrambled to keep up with the demand. Enter virtual desktop infrastructure (VDI).

When VMware introduced the first VDI product in 2005, it was a revolutionary technology answering a growing remote work problem. Soon more companies joined the game. Amitabh Sinha and Puneet Chawla, now at Workspot, worked on developing VDI at Citrix and VMware respectively – and their thoughts on VDI’s first decade and where the technology is going will be of interest to anyone in this space.

In 2005, following the lead of several companies who started virtualising Windows XP on vSphere, VMware developed the first VDI prototype. Two years later, VDI products hit the market. Many large organisations were eager to get their hands on this new solution to tackle a variety of business requirements, including migration to Windows 7 and bring your own device.  At introduction, sales were solid. Though the VDI space was growing, perhaps the biggest obstacle for VMware and Citrix was the customers’ misperceptions around implementing VDI and the hefty price tag beyond just the cost of the VDI licenses.

CT: You’ve been with VDI since the beginning. Tell us about the early days.

Puneet Chawla: In the early 2000s everything was physical, but even then we saw some customers putting desktops on the server site. This was very unconventional. There weren’t any companies running desktops in the data centre. VDI – at least in its first iteration – was not something that came out of Citrix or VMware, but the customers. The customers had call centers in India, but they needed to run desktops in the UK, Canada or the US for compliance and security reasons. At first, they tackled the problem on their own, but soon that DIY solution wasn’t enough to deal with the quantity of highly sensitive data. That’s when my team at VMware started developing View.

CT: What would you say were the biggest hurdles to selling people on the solution?

Amitabh Sinha: From the beginning we didn’t have any problems selling people on the solution. It was easy because everybody knew that they needed IT centralisation and that they had mobile workforces of people who were in different locations and on the road. They knew they needed to protect the security of their systems and their data – they needed to ensure compliance.

Chawla: I will say the market was very niche, for the reason that VDI was more expensive than physical hardware. It was selling and, obviously, both VMware and Citrix made money, but it was by no means in the mainstream. Every physical desktop could not be replaced with VDI. A PC could cost as little as $600 and VDI would never be less than $6,000 per seat. At that price, the CIO was only willing to use it for 5% of the employees and strictly for security and compliance purposes.

CT: What were the most common misperceptions about VDI?

Sinha: There was a perception that it was yet another virtualisation technology, and thus would reduce costs in the data centre and be straightforward to implement. Of course, early VDI was not at all easy to set up and could be quite expensive.

CT: Why were companies seeking out your solutions? What kinds of problems were people bringing to you?

Chawla: From the start it was a home run in the healthcare industry. As we spent more time with customers, though, the roaming feature, which is the ability to connect to the same desktop quickly from different devices, became such a great asset for organisations in health care that we got mainstream adoption fairly quickly. We were quite surprised that, while security and compliance are important for healthcare, the main feature customers and investors loved was the ability to connect to the same desktop in different places.

Sinha: IT was being buried under the demand for remote access. There was a ton of pressure from employees, contractors and all of these people that needed computer technology services of some kind who wanted to be able to use their own devices for work or work from places outside the office. IT had to figure out how to deal with this problem without becoming extremely expensive resources for the company – no one would justify spending even more on IT.  The question was, “How do I do more for less?”

CT: What were some of the challenges of implementation at this point?

Sinha: In the beginning, we’d often have clients telling us the solution was not working as planned. In fact, one client made us directly occupy their engineering team for the better part of a year in order to set up VDI. One of the biggest challenges for them – and us, for that matter – was storage. It varied from company to company and, because IT had always been siloed based on role, there wasn’t any one person who had all of the answers. These groups never needed to interact before, but with VDI suddenly they had to figure out how to work together. There was a large knowledge gap that people did not expect when it came to running and managing desktops.

CT: What were some of the most difficult requests customers came to you with?

Sinha: That’s a great example, Puneet. Adding to that problem was the fact that businesses weren’t sure which programs were absolutely necessary on the virtual desktop. Take, for example, antivirus software. It made sense to run antivirus on an individual computer, but when you have 10 or more people essentially sharing one computer, a simple scan could lead to the whole system breaking down.

CT: How did you address these problems?

Chawla: At VMware our solution was to come up with shared desktops, which meant that we had one master desktop and created clones, rather than giving each person an individual desktop. Clones alleviated the problem somewhat for a few years, but in hindsight, it actually created new problems that I faced later in the decade.

CT: For every early success there are obviously a couple of mistakes. Is there one mistake in particular that led you to do something different in the future or just rethink your approach to business?

Chawla: Definitely. We would pitch VDI to customers and they would say, “Let us try it out and see if the proof’s in the pudding.” That was a mistake because delivering proof of concept would take six to nine months, meaning a sale in that year is out of the question. We realised that when bringing a product to market you must be able to show some sort of result quickly.

Sinha: I remember very vividly a meeting I had with one of the senior leaders at Citrix. He raised the issue of scalability and voiced some concerns he had heard from our colleagues and our customers that the product didn’t scale. I was put in charge of a scalability task force and found out very quickly that we had not actually scaled the product out beyond 1,000 desktops.

At the same time, we were engaged with some very large companies as they were building out at 5,000-plus. When they encountered problems, we would respond with a whitepaper on scaling up to 20,000 desktops, but we had never actually put together more than 1,000. This being Citrix, we were able to move swiftly to build up our own lab that would allow us to scale to 20,000 desktops. Still, we weren’t initially prepared. I’m sure that will surprise more than a few people.

Chawla: At VMware we were also running into scaling issues. This was at the 10,000-user level, which created a question of, “How are we going to design for one million users?” We had to approach building VDI like it was a cloud service, similar to how Salesforce and Netflix develop today. A cloud service is not a single site, nor a single consumer, and it took us a while to get the new architecture right, but the point was the old architecture was not relevant anymore. It’s like comparing Blockbuster to Netflix.

The present and future

CT: How did your approach to VDI shift when you moved to Workspot?

Chawla: I founded Workspot with the idea of creating a simpler infrastructure that took only one day to deploy, rather than six months. We wanted our architecture to be able to scale to millions of users and we wanted visibility for the security team. That’s how we arrived at the hyper-converged infrastructure we have today.

Sinha: When Citrix was building out VDI back in the early 2000s, we were already starting to see a shift in ideas around how people could use computers and the level of sophistication and remote access that was necessary. That standard has only gone up in the past 15 years. It used to be that consumers only needed occasional remote access to an email client or simple applications, but now you have people who are always on the road or working from home, and they need to be able to access highly sensitive material that was once kept under physical lock and key.

The devices used to access these materials are also very different – who would’ve thought in 2002 that one day we would be company-wide presentations from a tiny touchscreen, with just a finger? With all of these changes we realised that, above all, users need a workspace, a single point of reference that makes their apps easy to find and use.

With VDI providers making rapid advances in developing the technology, there’s no limit to what tomorrow’s workspaces could look like

CT: What are some of the future value-adds of VDI you are excited for?

Chawla: If all of the companies in the US required employees to work from home once per year, it could have a significant impact on traffic and the environment. VDI could certainly be part of a solution that helps companies be greener. That’s one of the applications I’m really excited about.

In an increasingly competitive global economy, businesses must transform to be able to respond quickly to market pressures and retain top talent within the organisation. We’ve witnessed how VDI has evolved over time to better suit the needs of the growing mobile workforce. As more employees step out of the cubicle and into the virtual “office,” we’re sure to see progress toward better technologies that consistently deliver exceptional work-from-anywhere service. With VDI providers making rapid advances in developing the technology, there’s no limit to what tomorrow’s workspaces could look like. Who knows, maybe you’ll hold your next conference call at the beach?