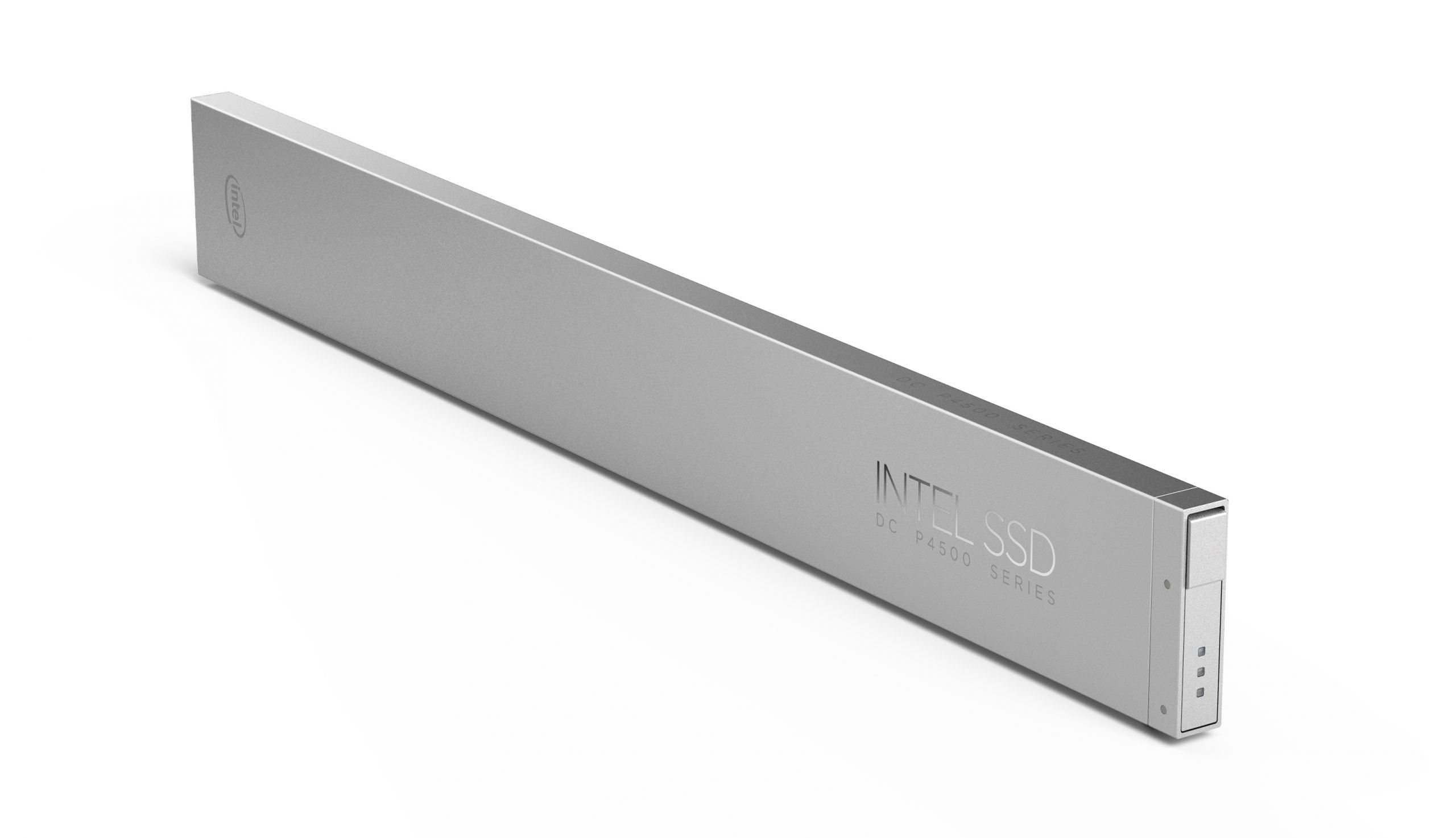 By James Bourne | 14th August 2017 | TechForge Media http://www.cloudcomputing-news.net/
James is editor in chief of TechForge Media, with a passion for how technologies influence business and several Mobile World Congress events under his belt. James has interviewed a variety of leading figures in his career, from former Mafia boss Michael Franzese, to Steve Wozniak, and Jean Michel Jarre. James can be found tweeting at @James_T_Bourne.

It is not quite available yet – but Intel has shed some light on its plans in the data centre storage space with the announcement of a new form factor which could enable up to one petabyte of storage in a 1U rack unit.

The new ‘ruler’ form factor (above), named as such for self-evident reasons, “shifts storage from the legacy 2.5 inch and 3.5 inch form factors that follow traditional hard disk drives” and “delivers on the promise of non-volatile storage technologies to eliminate constraints on shape and size”, in Intel’s words. The company adds that the product will come to market ‘in the near future’.

Intel also had room for a couple more announcements. The company is targeting hard disk drive (HDD) replacement in the data centre with an updated SATA family of solid state disks (SSDs), aiming to reduce power and cooling as well as increase server efficiency, as well as announcing dual port Intel Optane SSDs and Intel 3D NAND SSDs, replacing SAS SSDs and HDDs. The former is available now with the latter coming in the third quarter of this year.

Bill Leszinske, Intel vice president, said the company was driving forward an era of ‘major data centre transformation’. “These new ‘ruler’ form factor SSDs and dual port SSDs are the latest in a long line of innovations we’ve brought to market to make storing and accessing data easier and faster, while delivering more value to customers,” he said in a statement.

“Data drives everything we do – from financial decisions to virtual reality gaming, and from autonomous driving to machine learning – and Intel storage innovations like these ensure incredible quick, reliable access to that data,” Leszinske added.

According to a study from Intel and HyTrust released in April last year, two thirds of C-suite respondents said they expect increased adoption in the software defined data centre (SDDC) space.