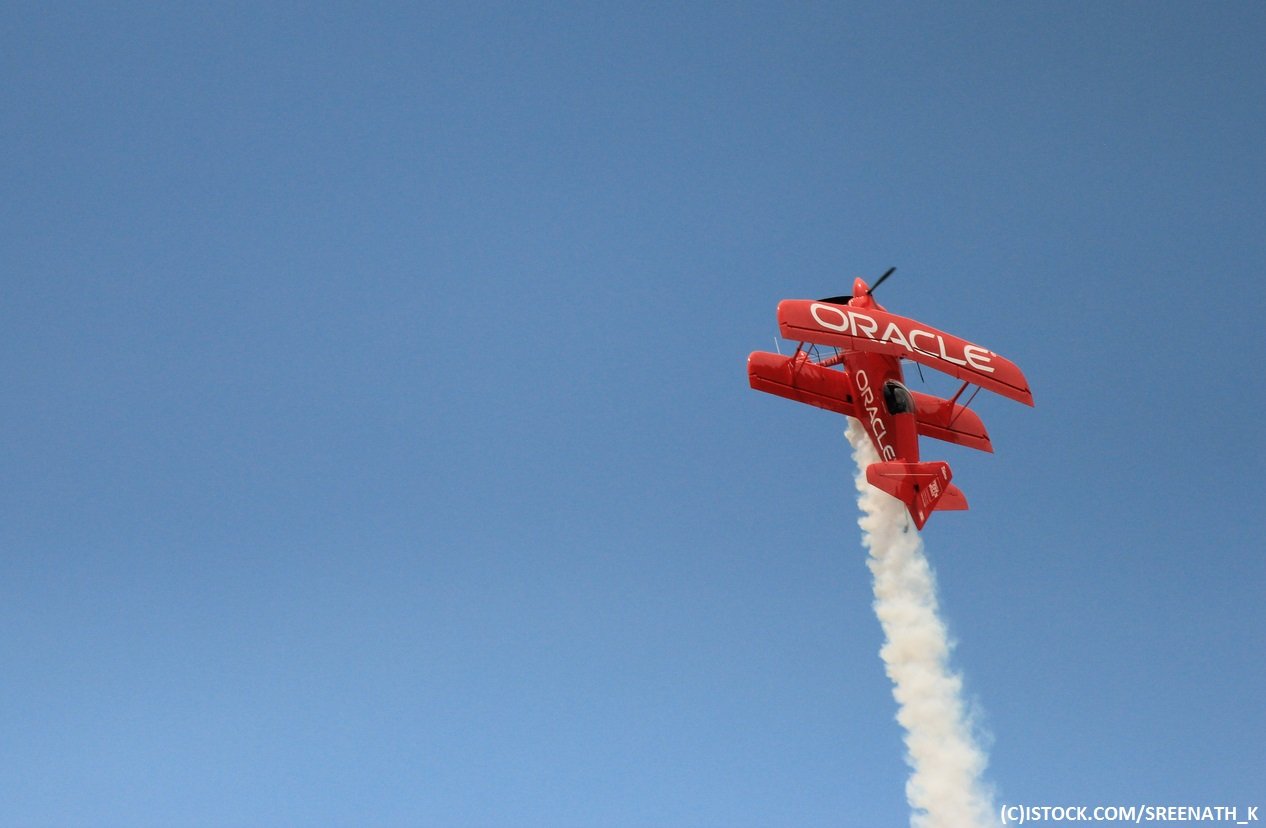 By James Bourne | 15th December 2017 | TechForge Media http://www.cloudcomputing-news.net/
Categories: Data & Analytics, Infrastructure, Software as a Service,
James is editor in chief of TechForge Media, with a passion for how technologies influence business and several Mobile World Congress events under his belt. James has interviewed a variety of leading figures in his career, from former Mafia boss Michael Franzese, to Steve Wozniak, and Jean Michel Jarre. James can be found tweeting at @James_T_Bourne.

Oracle has announced its latest financial results with cloud again the backbone of success – although its stock slipped due to a struggling guidance.

Total cloud revenues were up 44% year over year to $1.5 billion, with software as a service contributing almost three quarters of that figure at $1.1bn, a yearly increase of 55%. Platform and infrastructure as a service was at $396 million, representing year over year growth of 21%. In total, cloud revenues represented 16% of Oracle’s total revenues, again up from 12% this time last year.

Proposed guidance for cloud revenue, including SaaS, PaaS and IaaS, was at between 21% and 25%, while Mark Hurd, Oracle co-CEO, said that the company expects to sell around $2 billion in enterprise software as a service revenues in the coming four quarters.

The announcement of BYOL – bring your own license – in September reaped dividends, according to co-CEO Safra Catz. “With BYOL, we are seeing a strong increase in our technology install base as customers renew their unlimited license agreement, investing more licenses and options and renew support,” said Catz, as transcribed by Seeking Alpha. “Because BYOL is now available and customers better understand their tradition options to move to the Oracle Cloud, technology new software license revenue is dramatically improving from the declines we were seeing previously.”

Catz added this trend was likely to continue as Oracle rolls out its long-awaited autonomous database – and this was the primary focus of CTO Larry Ellison’s remarks. The elimination of human labour and the price advantages – particularly when compared to Amazon – was nothing different from when Ellison took to the OpenWorld stage in October. The bullishness, however, remains. “We expect this innovative new technology to dramatically accelerate the growth of our PaaS and SaaS businesses and keep our database license business strong as well,” said Ellison.

Total revenues for Oracle in the most recent quarter were at $9.6bn, up 6%. You can read the full set of results here (pdf).