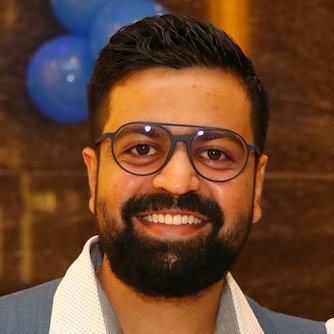 By Pratik Dholakiya | 3rd February 2017 | Growfusely https://growfusely.com/
Categories: Cloud Migration, Infrastructure,
Pratik Dholakiya is the founder of Growfusely, a content marketing agency specializing in content and data-driven SEO. He regularly speaks at various conferences about SEO, Content Marketing, and Entrepreneurship. Pratik has spoken at the 80th Annual Conference of the Florida Public Relations Association, Accounting and Finance Show, Singapore, NextBigWhat’s UnPluggd, IIT-Bombay, SMX Israel, SEMrush Meetup, MICA, IIT-Roorkee, and other major events. As a passionate SEO and content marketer, he shares his thoughts and knowledge in publications like Search Engine Land, Search Engine Journal, Entrepreneur Magazine, Fast Company, The Next Web, YourStory, and Inc42, to name a few. He can be found at Twitter @DholakiyaPratik.

There’s no denying that cloud computing has changed the way both large enterprises and small businesses operate.

The latest market analysis from Cisco states that global cloud IP traffic will almost quadruple (3.7-fold) over the next 5 years. It will grow at a CAGR (Compound Annual Growth Rate) of 30% from 2015 to 2020.

With the increased acceptance of cloud computing, we can look forward to better and greater tapping of cloud resources this year. A few trends to watch out for in 2017 are:

Migration will continue to accelerate

A new report from McKinsey’s Silicon Valley group has found that cloud migration will gain maximum acceleration for large enterprises that have, until now, been reluctant to accept the changing technology. While nearly 77% companies relied on traditional IT infrastructure in 2015, this number is likely to drop down to 43% in 2018 as large businesses will migrate to cloud-based infrastructure, the report concludes.

Though there is no iron-clad consensus about cloud security capabilities, several IT experts, including Scott Chasin, believe that cloud computing can offer robust security in the coming years. “There’s a growing call for security to be treated as a fundamentally basic utility where safety can be assumed. The cloud is the key to enabling this, with benefits like storage options, scalability, and ease of deployment,” says Chasin.

The continued rise of containers

The cloud computing industry has witnessed a surge in the use of containers as they can make operations more portable and efficient. Flexibility and lowered costs are the driving forces behind this trend. They are a good means to develop and deploy micro-services, especially for cloud-based applications.

According to Anand Krishnan, EVP and GM of cloud at Canonical, the company behind Ubuntu, "Containers will be used for deploying solutions to solve real-world business problems. Companies will use them to provide new services that are secure, efficient, elastic, and scalable."

Google too unveiled a set of cloud computing services last year. Though the use of machine learning and artificial intelligence in the industry is still in its infancy, it is going to shape the future of cloud computing platforms.

Though small-and-medium-sized businesses can shift their services to the cloud, it may not be a financially-viable solution for large enterprises, at least not immediately. As they usually make significant investments in on-premises IT infrastructure, these companies will move only a part of their operations to the cloud.

This is not the only factor that will drive the development of hybrid clouds. It’s about having the best of both. A hybrid approach will enable businesses to take advantage of the scalability offered by cloud computing, without exposing critical data to third-party vulnerabilities.

Hybrid cloud development, however, faces several challenges including integration and application incompatibilities. The lack of management tools and common APIs is also a top concern for public cloud providers. But according to Ed Anderson, research vice president at Gartner, these top concerns also highlight some of the top opportunities for cloud providers. "We know that both public and private cloud services (of various types) will become more widely used. Therefore, providers must focus on the top hybrid cloud challenges to be successful in meeting the growing demand for hybrid cloud solutions," says Anderson.

Just a few years ago, several enterprises moved to the cloud in a bid to gain advantage over their competitors. However, it has now become necessary to use cloud computing services and why not? The sheer flexibility, scalability and cost-friendly nature of cloud computing technology has started to attract consumers from a wide range of industries, including aviation, healthcare, and automobile. With the largest commercial organisations increasingly tapping into cloud services, cloud adoption is expected to increase to a greater extent in 2017.