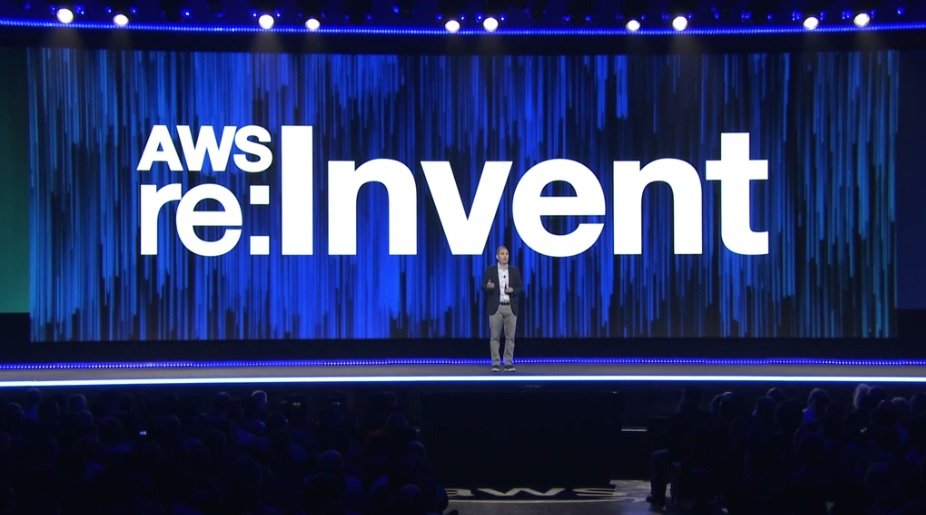 By James Bourne | 29th November 2017 | TechForge Media http://www.cloudcomputing-news.net/
Categories: AWS, Infrastructure, Software as a Service,
James is editor in chief of TechForge Media, with a passion for how technologies influence business and several Mobile World Congress events under his belt. James has interviewed a variety of leading figures in his career, from former Mafia boss Michael Franzese, to Steve Wozniak, and Jean Michel Jarre. James can be found tweeting at @James_T_Bourne.

More than 20 announcements flowed at AWS re:Invent today, including updates on machine learning, databases and the Internet of Things (IoT) – not to mention a couple of big-name customer wins.

The theme for Amazon Web Services CEO Andy Jassy was around builders. Unlike the previous year’s keynote, where it was about superpowers, this presentation had a slightly more mundane – and musical – approach.

Technology builders are like musicians, Jassy explained. Some guitarists may play acoustic a lot of the time, but require some parts be played electric. Requiring the appropriate tools for the job at hand, and getting the right approach to building your work, was key. And through the music – or rather words – of the Foo Fighters, Eric Clapton, Lauryn Hill and more, Jassy went through the gamut of AWS’ updates.

First up were the instances. AWS had earlier in the week announced bare metal offerings for EC2, and were augmenting that with new H1 Storage Optimised instances – designed for data-intensive workloads or big data clusters – as well as an updated M5 general purpose instances.

“Let’s talk about freedom,” says Jassy. Ah, one thinks: is the house band about to start up a certain George Michael number by any chance? Indeed they were. Jassy described freedom in this instance as “the ability not to be locked into abusive or ownerless relationships, or one size fits all characterisations or tools.” At this moment, veteran cloud-watchers could have already ticked off their Oracle-bashing square on their re:Invent bingo card, and AWS duly delivered (below). 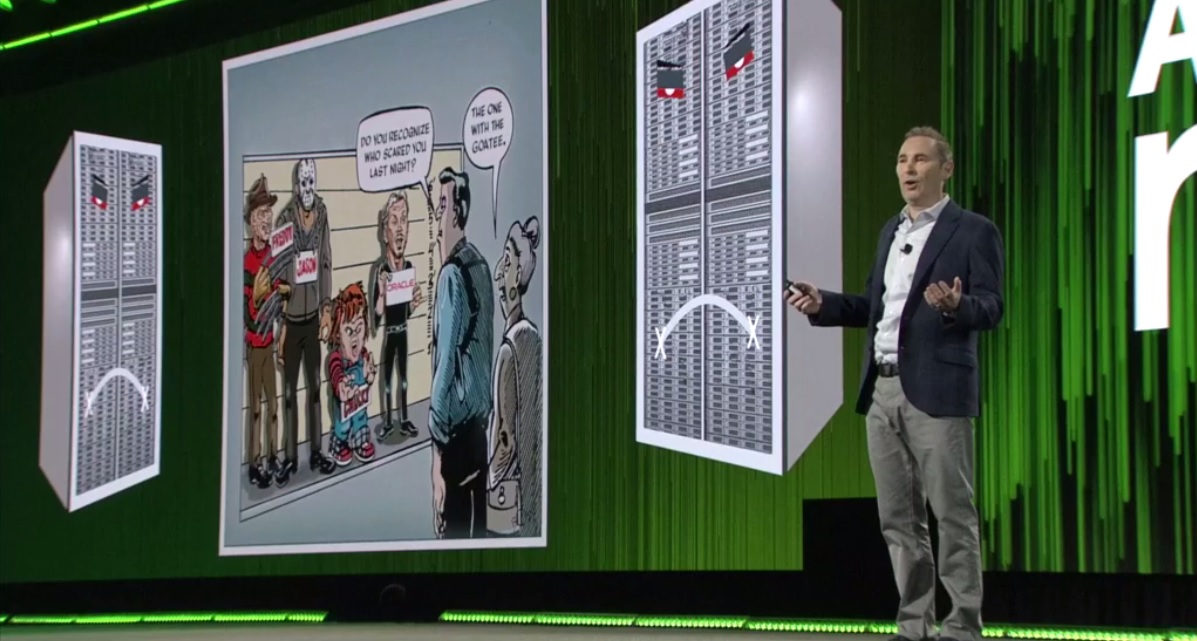 This begat the launch around Aurora Multi-Master, which gives Aurora customers the ability for millisecond-quick failover on writes as well as reads, and a preview of Aurora Serverless, an on-demand auto-scaling serverless database. The latter’s announcement generated an unseemly outbreak of whooping from some sections of the audience. “What you get here is all the capabilities of Aurora…it doesn’t require you to provision any database instances, it automatically scales up when the database is busy, scales down when it’s not…pay only by the second when your database is being used,” said Jassy. “That is pretty different.”

Perhaps the most exciting announcements AWS made were around machine learning. Little wonder; the hype continues to rise – “of all the buzzwords we’ve heard in the 11-and-a-half years we’ve been doing AWS, machine learning might be the loudest”, Jassy noted – and AWS is even sleeping with the enemy in their collaboration with Microsoft in this area, Gluon.

What transpired was Amazon SageMaker, a new service aimed at helping developers build, train, and deploy machine learning models. “If you think about the history of AWS, we don’t build technology because we think the technology is cool,” said Jassy. “The only reason we build that technology is to solve problems for you. We want everyday developers and scientists to be able to use machine learning much more expansively.” 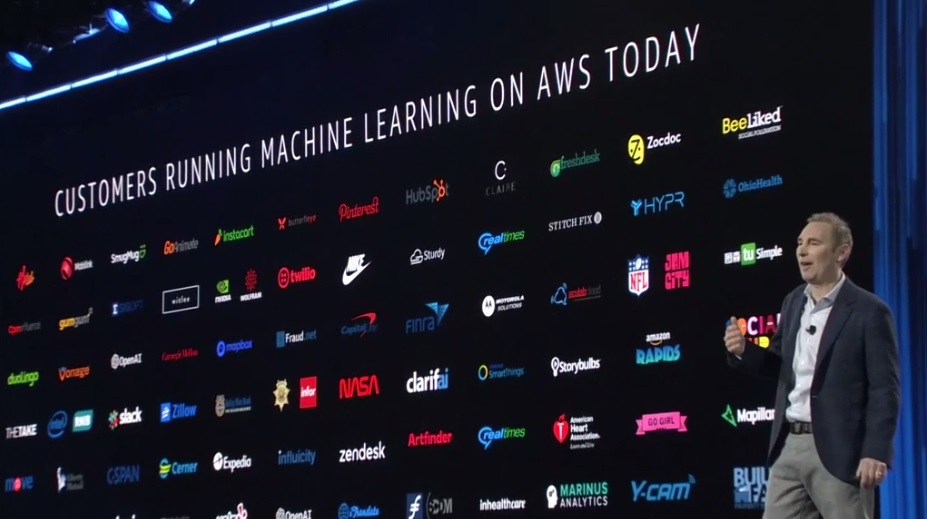 The most interesting aspect of SageMaker is its modular nature; users can build and train on it and deploy somewhere else, or vice versa. In a completely different ballpark is AWS DeepLens, a high definition camera with on-board compute optimised for deep learning. AWS said it expects users to get started running their first deep learning computer vision model in 10 minutes from unboxing the camera.

On top of this was Amazon Transcribe and Translate, automatic speech recognition and translation services. It will be interesting to see how the latter stacks up against Google Pixel Buds, the search giant’s recent effort in this area – and the wag who piped up on Twitter that Jassy’s keynote should have been the first test for Transcribe may have had a point – but it is another example of AWS’ machine learning initiatives.

The IoT side saw a trio of products, in the shape of IoT Device Management, IoT Analytics, and IoT Device Defender, the latter of most interest and offering continuous auditing, real-time detection and alerting, and more to secure millions of devices.

On the customer side, Expedia announced it was going all-in on AWS. Mark Okerstrom, president and CEO of Expedia, told attendees that he expects 80% of the company’s critical apps will move to AWS within three years. Elsewhere, The Walt Disney Company has selected AWS as its preferred public cloud infrastructure provider.