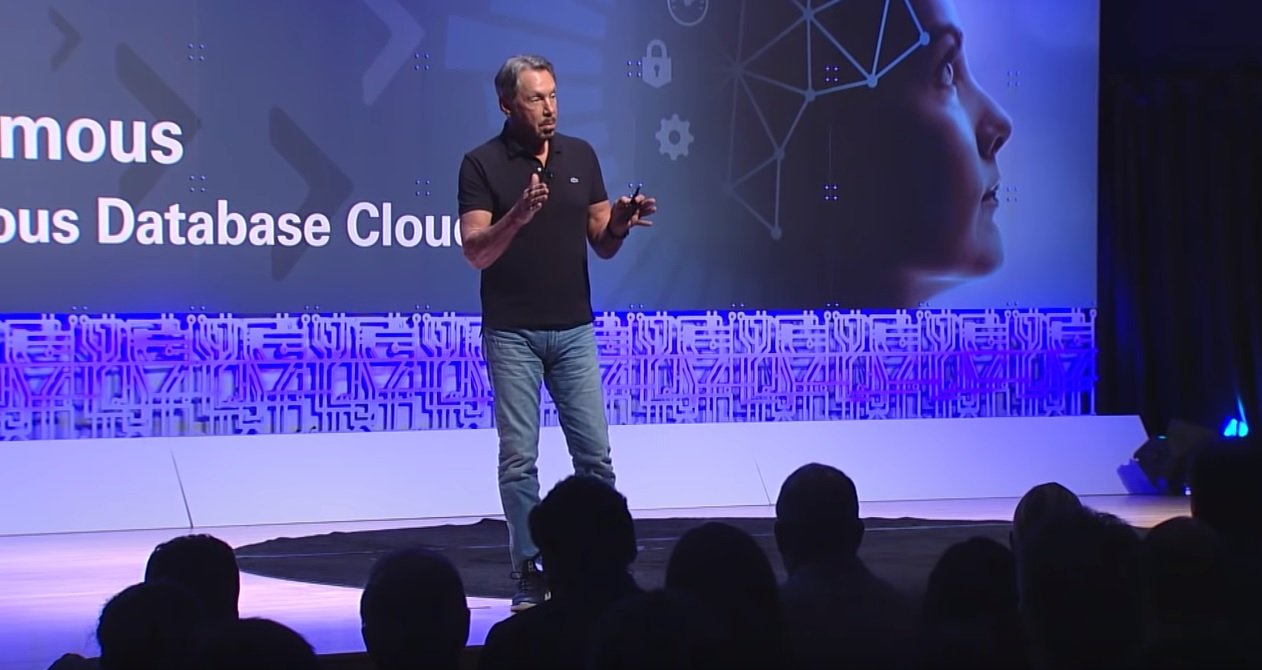 By James Bourne | 8th August 2018 | TechForge Media http://www.cloudcomputing-news.net/
James is editor in chief of TechForge Media, with a passion for how technologies influence business and several Mobile World Congress events under his belt. James has interviewed a variety of leading figures in his career, from former Mafia boss Michael Franzese, to Steve Wozniak, and Jean Michel Jarre. James can be found tweeting at @James_T_Bourne.

At an event in California, Ellison responded to a story, originally broken by CNBC, which claimed that Amazon was planning to move completely away from Oracle’s databases by 2020.

Responding to an analyst question around customers moving off Oracle on the company’s Q218 earnings call back in December, Ellison said: “Let me tell you who’s not moving off of Oracle – a company you’ve heard of that gave us another $50 million this quarter. That company is Amazon. Our competitors, who have no reason to like us very much, continue to invest in and run their entire business on Oracle.”

Ellison reiterated the $50m price and told attendees of his doubt that Amazon would reach its reported target. “They don’t like being our best reference,” he said. “They think of themselves as a competitor, so it’s kind of embarrassing when Amazon uses Oracle, but they want you to use Aurora and Redshift.”

Aurora and Redshift, of course, are Amazon’s primary database products around relational database and data warehousing respectively. Ellison also took the opportunity to tout Oracle’s greater performance when compared to its rival (below) – 12 times faster than Aurora for its autonomous transaction processing database for pure transaction processing, and more than 100 times faster for a mixed workload. 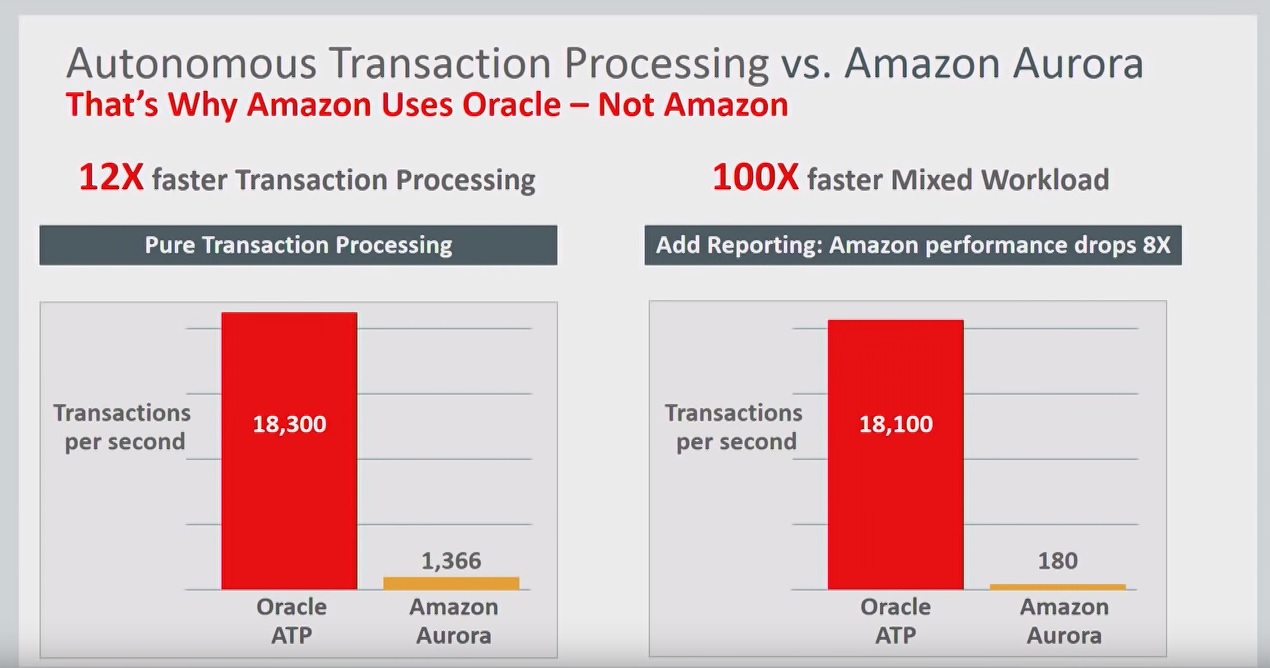 Oracle’s press materials accompanying the ATP release described it as ‘a major milestone in the company’s autonomous strategy’, and Ellison did not hold back in his praise of a technology he described as ‘revolutionary’ at last year’s OpenWorld.

Another barb at Amazon – and it’s worth noting that Andy Jassy is not averse to firing shots back during his keynote speeches – came when Ellison described Oracle’s autonomous database as ‘truly elastic’. It was truly pay as you go, with automatic provisioning and scaling, adding and deleting servers while running, and being serverless when not running.

Ellison added that full autonomy – ‘nothing to learn, nothing to do’ became something of a mantra during the presentation – meant Oracle was “as simple to use as the simplest databases on the planet.”

CloudTech has reached out to AWS for comment and will update this piece accordingly.