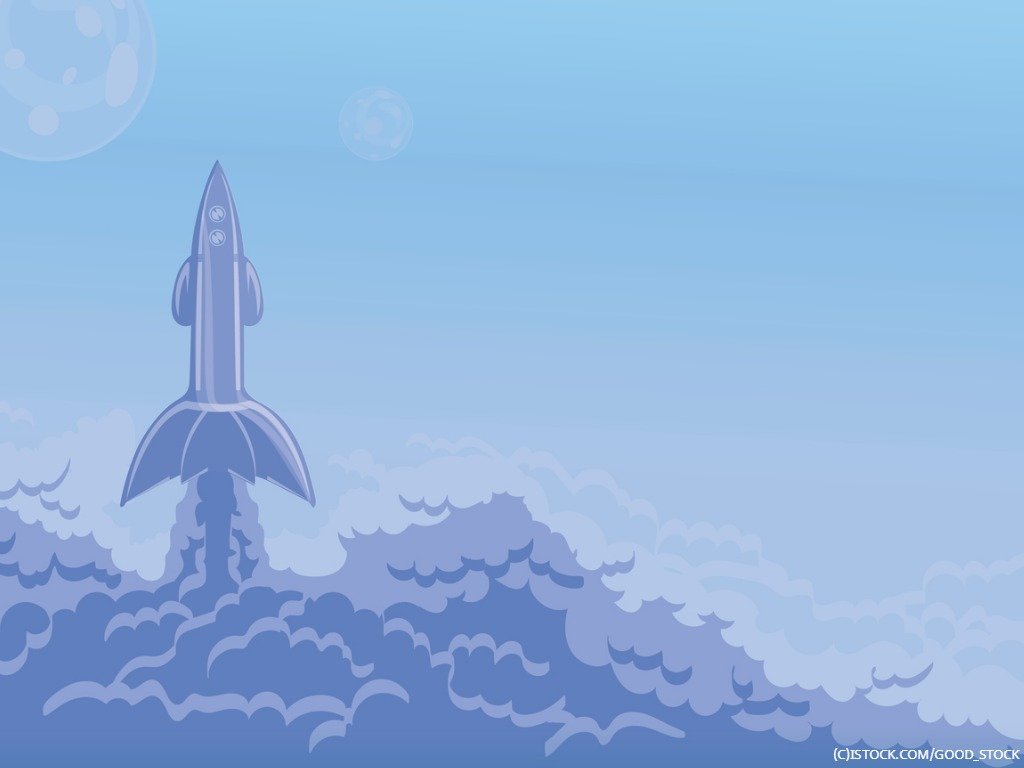 By James Bourne | 28th August 2018 | TechForge Media http://www.cloudcomputing-news.net/
Categories: Data & Analytics, Data Centres, Earnings, Economy, Infrastructure,
James is editor in chief of TechForge Media, with a passion for how technologies influence business and several Mobile World Congress events under his belt. James has interviewed a variety of leading figures in his career, from former Mafia boss Michael Franzese, to Steve Wozniak, and Jean Michel Jarre. James can be found tweeting at @James_T_Bourne.

The capital expenditure of the largest cloud infrastructure players continues to rise – and according to Synergy Research, the first half of 2018 has seen record figures being published.

Total capex for the first half of this year among the hyperscale operators hit $53 billion (£41.1bn), compared with $31bn this time last year. Q2’s figures did not quite match Q1, but this is down to an anomaly, Synergy argues, with Google confirming its buying of Manhattan’s Chelsea Market building, for $2.4bn, in March.

The top five spenders remain Google, Microsoft, Facebook, Apple, and Amazon – and have been for the past 10 quarters. Between them, these five companies account for more than 70% of hyperscale capex. Only in the third quarter of 2016 did overall spending break $15bn (below), with a particular ramp over the past 12 months. 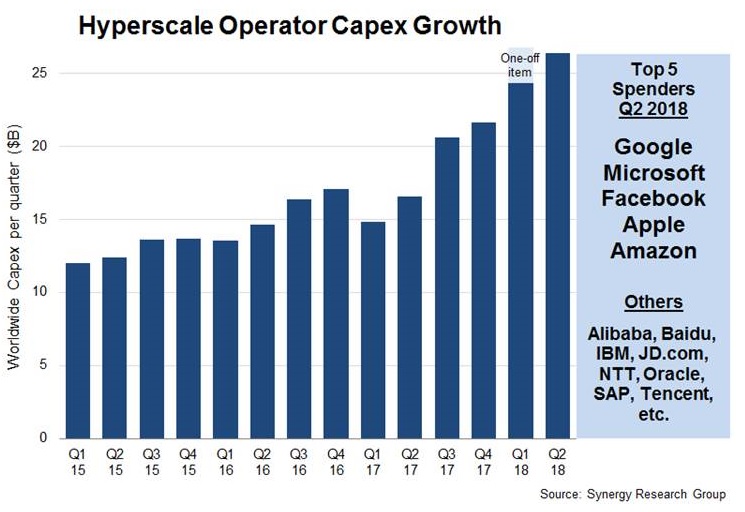 It is worth noting too that the list of highest level players has been trimmed, from 24 to 20. Synergy explains that this is down to a variety of factors; from some companies being subsumed into others’, such as LinkedIn, to others not spending enough on capex to justify inclusion. In some cases, this is because they are moving more of their workloads onto AWS and Azure, to the detriment of their own data centre footprint.

Regardless, this is yet another indicator that the largest players in cloud infrastructure are not resting on their laurels. As this publication has reported, Google has looked to expansion in Finland and Singapore in the past three months, while Microsoft, in an experimental move, put a data centre underwater off the Orkney Islands.

“Hyperscale capex is one of the clearest indicators of the growth in cloud computing, digital enterprise and online lifestyles,” said John Dinsdale, a chief analyst at Synergy. “Capex has reached levels that were previously unthinkable for these massive data centre operators and it continues to climb.

“The largest of these hyperscale operators are building economic moats that smaller competitors have no chance of replicating,” Dinsdale added.