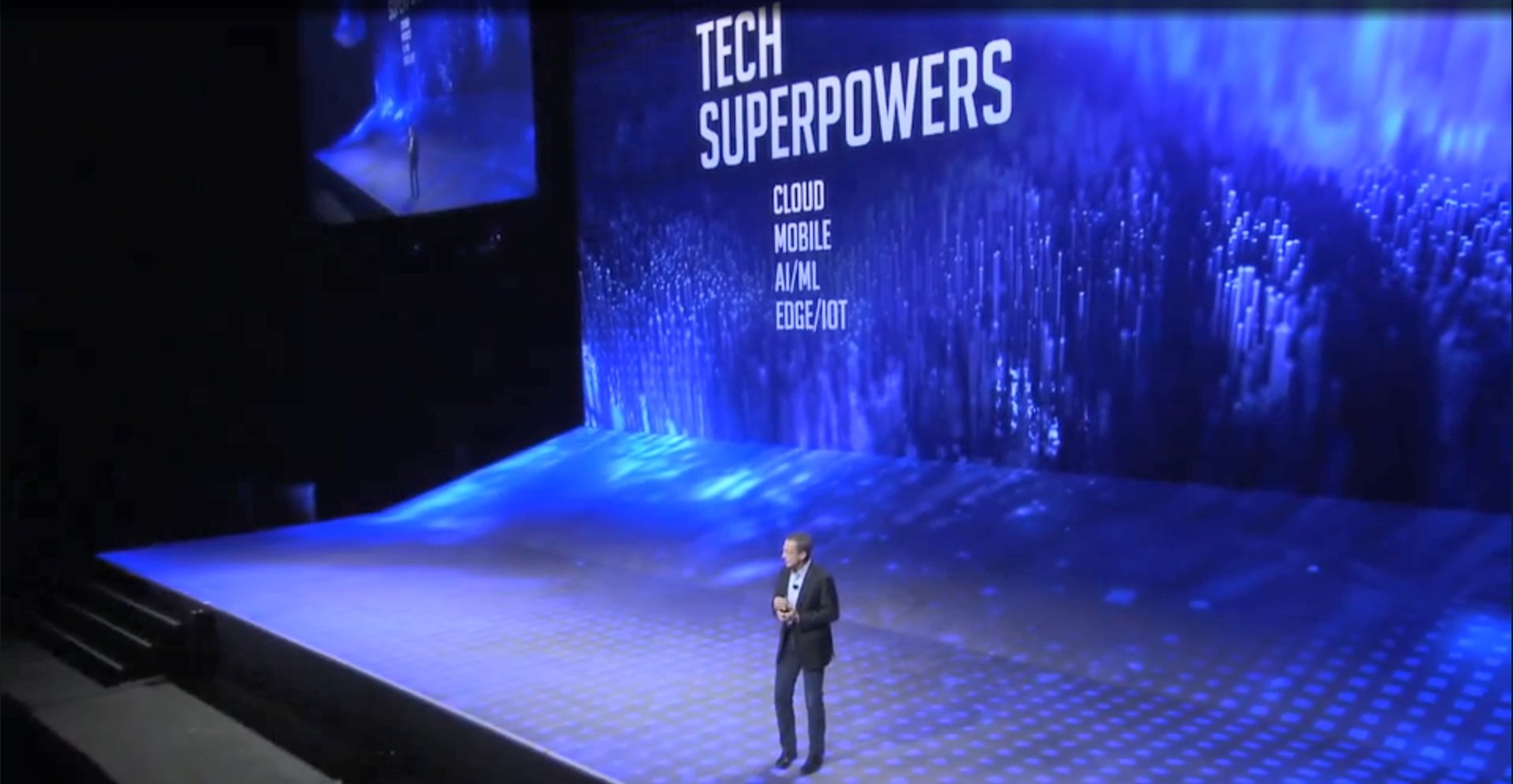 By James Bourne | 28th August 2018 | TechForge Media http://www.cloudcomputing-news.net/
Categories: Architecture, AWS, Infrastructure, VMware,
James is editor in chief of TechForge Media, with a passion for how technologies influence business and several Mobile World Congress events under his belt. James has interviewed a variety of leading figures in his career, from former Mafia boss Michael Franzese, to Steve Wozniak, and Jean Michel Jarre. James can be found tweeting at @James_T_Bourne.

At VMworld in Las Vegas, VMware CEO Pat Gelsinger, with the help of some of the best and brightest in the cloud industry, expanded on partnerships and products, as well as the evolution of the multi-cloud landscape.

For the second year running, Andy Jassy, CEO of Amazon Web Services (AWS), took to the stage to give an update on AWS’ growing partnership with VMware, alongside new features. The announcement of an expansion of VMware Cloud on AWS to Asia-Pacific was good – Jassy told the audience the service would be ‘largely’ across all regions, including GovCloud, by late 2019 – but even better was the announcement of Amazon Relational Database Services (RDS) on VMware.

The service, which will be available in a few months, aims to take the capabilities of setting up relational databases in the cloud, but manage them on VMware’s on-premises environment. If users decide these databases would be better longer-term on AWS, then there is a smooth migration path in place.

Jassy noted MIT as a key customer on the primary use case of VMware Cloud on AWS – migrating on-premises applications to the cloud. The university has been able to migrate 3000 VMs from their data centres to the companies’ solution, taking only three months to do so. 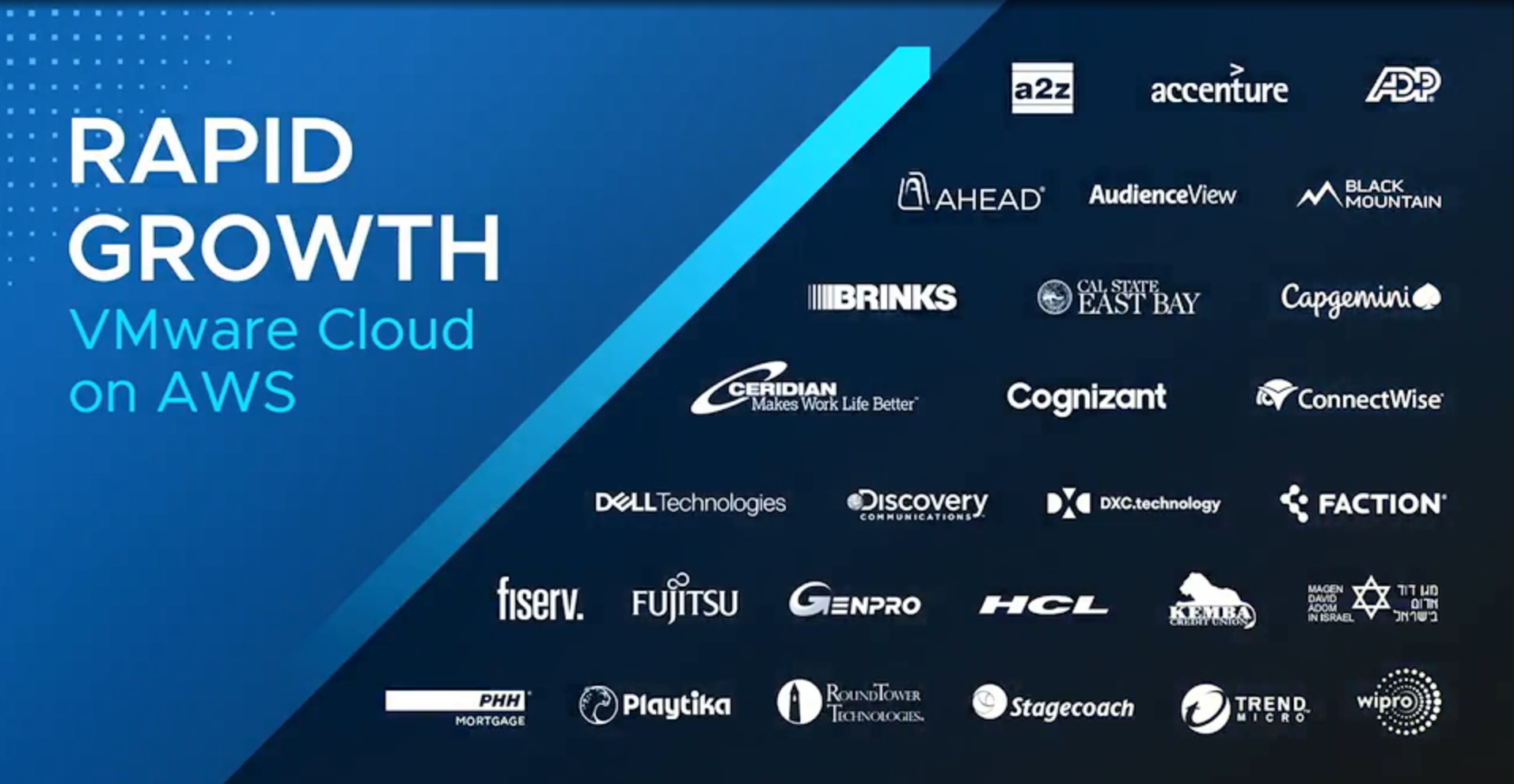 The partnership between VMware and AWS, first announced two years ago and updated last year, is evidently blossoming. So much so that VMware half-borrowed a concept from a previous AWS keynote for its own. Whereas Jassy framed his 2016 re:Invent speech on superpowers – supersonic speed, immortality, x-ray vision – and how AWS seemingly enables them, Gelsinger focused on tech superpowers – cloud, mobile, AI/ML, and edge/IoT.

More importantly, while these technologies are changing the way we live and work, they work even better in tandem. “We really see that each one of them is a superpower in their own right, but they’re making each other more powerful,” said Gelsinger. “Cloud enables mobile connectivity, mobile creates more data, more data makes the AI better, AI enables more edge use cases, and more edge requires more cloud to store the data and do the computing.

“They’re reinforcing each other – these superpowers are reshaping every aspect of society.”

VMware’s long-standing vision, therefore, of ‘any device, any application, any cloud’, with intrinsic security, plays into this. Much was spoken about the VMware Cloud Foundation, which the company sees as being “the simplest path to the hybrid cloud”, as Gelsinger put it. The quickest way to get there is through hyperconverged infrastructure, to which VMware has announced an update to vSAN, to ease adoption through simplified operations and efficient infrastructure. The figures touted at the keynote – more than 15,000 customers and 50% of the Global 2000 – are impressive; Gelsinger said it was “clearly becoming the standard for how hyperconverged is done in the industry.” 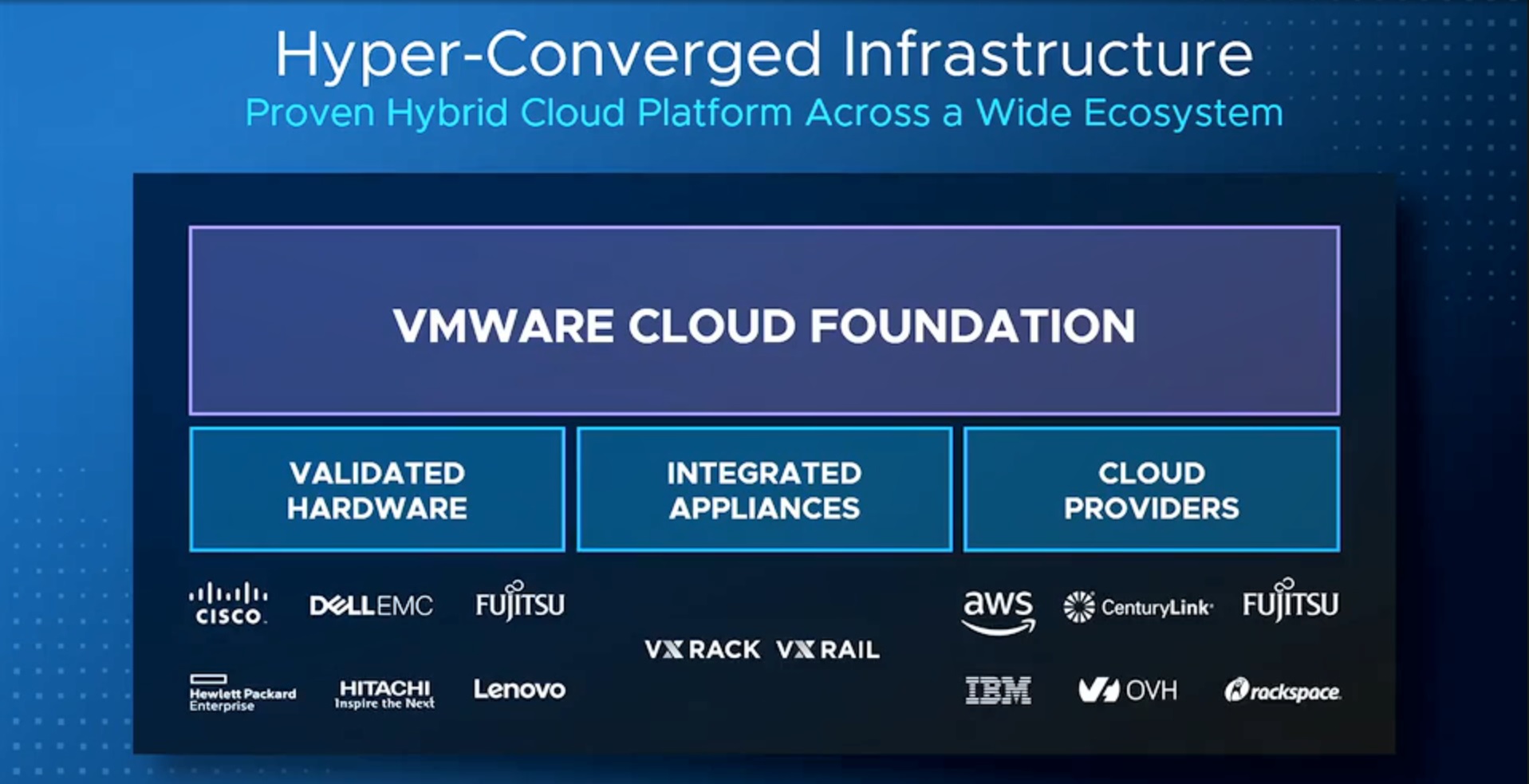 Another product announcement, this time multi-cloud flavoured, came in the form of upgrades to the VMware NSX networking and security portfolio. According to the company’s earnings call last week, more than four in five of the Fortune 100 have now adopted NSX. NSX-T Data Center 2.3, which is expected to be available before November, will again aim to give customers greater ease of deployment, as well as extend multi-cloud networking and security to AWS and Microsoft Azure, ‘empowering customers that operate across multiple public clouds to take advantage of local availability zones and the unique services of different cloud providers’, as the press materials put it.

One more multi-cloud themed piece of news was that VMware had acquired Boston-based cloud service management provider CloudHealth Technologies. CloudHealth offers a variety of capabilities in its platform, from streamlined billing to scaling out, enabling organisations to manage their workloads across AWS, Microsoft Azure, Google Cloud Platform and VMware.

The company said last June, on the raising of its series D funding, that the IPO market was something it would watch as it aimed to ‘become the anchor company at the centre of the Boston software technology ecosystem for decades to come.’ Earlier this year CloudHealth announced ‘significant investments’ into Europe. Writing in a blog post, founder and CTO Joe Kinsella said that he ‘was gratified to learn early on in discussions that VMware and CloudHealth Technologies share a most important strand of corporate DNA: customer-first.’

“As part of VMware, we will be able to serve you better and offer you a richer set of choices to support your business transformation in the cloud,” Kinsella added.

Ultimately, Gelsinger sees multi-cloud as ‘the next act’ in VMware’s 20-year history, after the server era, BYOD, the network, and cloud migration. The VMware CEO cited a survey from Deloitte which stated the average business today was using eight public clouds.

“As you’re managing different tools, different teams, different architectures – how do you bridge across?” he asked. “This is what we will do in the multi-cloud era – we will help our community to bridge across and take advantage of these powerful cycles of innovation that are going on, but be able to use them across a consistent infrastructure and operational environment.”

You can check out the full list of VMworld news here.