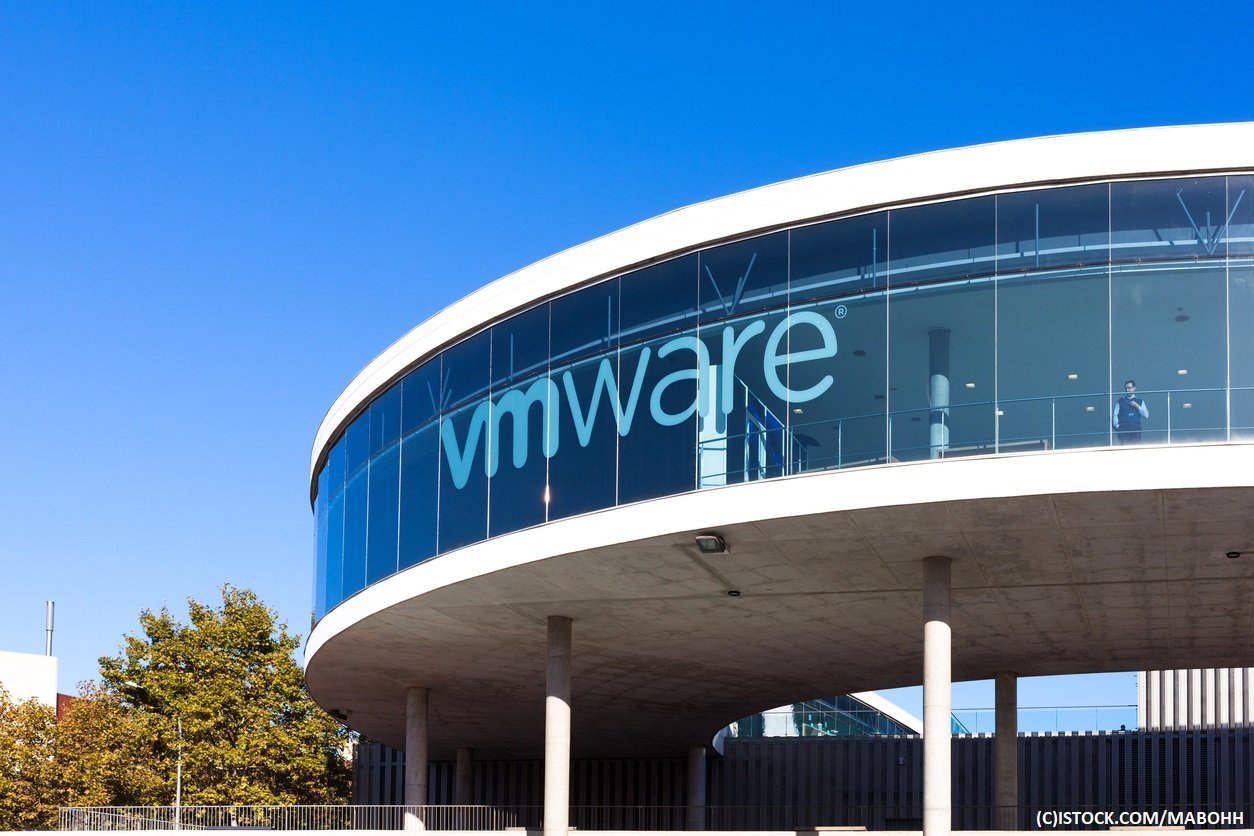 By James Bourne | 7th November 2018 | TechForge Media http://www.cloudcomputing-news.net/
Categories: AWS, Infrastructure,
James is editor in chief of TechForge Media, with a passion for how technologies influence business and several Mobile World Congress events under his belt. James has interviewed a variety of leading figures in his career, from former Mafia boss Michael Franzese, to Steve Wozniak, and Jean Michel Jarre. James can be found tweeting at @James_T_Bourne.

VMware appears intent on celebrating its 20th birthday in some style. The company's various announcements at VMworld Europe in Barcelona have further showcased its position as an enabler of enterprise cloud technologies, with acquisitions and partnerships key.

Regarding the former, VMware announced the acquisition of Heptio, a company set up by two founding Kubernetes engineers to help expand the container orchestration tool's reach into the enterprise. Craig McLuckie, co-founder, CEO and former Google product manager, explained the rationale behind selling in a congratulatory blog post with the URL tag of 'champagne.'

"When we first started conversations with VMware, the alignment of our respective visions was uncanny," McLuckie wrote. "With virtualisation, VMware helped enterprises change the way their infrastructure operates. VMware values our products and services – together we can apply these technologies to change the way business operates, and where they run their applications."

The companies' shared destination for utilising Kubernetes as a framework to help untangle the complexity of multi-cloud infrastructure, with open source at its heart, is apparent. From VMware's perspective, Paul Fazzone, SVP and general manager cloud-native apps, explained: "Our shared goal will be to deliver a cloud-independent Kubernetes control plane for builders, operators and consumers of modern infrastructure and applications, with consistency and conformance across any cloud, and delivering the required enterprise services and tooling needed by the modern IT organisation."

Naturally, thoughts will turn to how this impacts the wider industry – particularly given this acquisition is somewhat in the shadow of IBM's blockbuster buy of Red Hat at the end of last month. Keith Townsend, formerly an analyst and now solutions architect at VMware, put it like this: 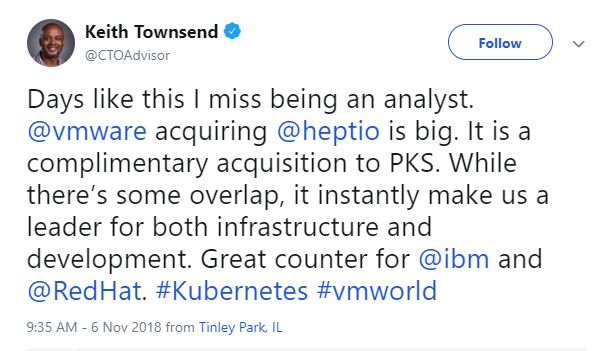 IBM was on the stage at VMworld to discuss the extension of its two year partnership with VMware, around extending mission-critical VMware workloads to IBM's cloud, as well as more integration to help enterprises get on board with Kubernetes and containers. Naturally, VMware CEO Pat Gelsinger could not resist asking about the 'little announcement' IBM had made the previous week.

Arvind Krishna, SVP hybrid cloud and director of research at IBM, explained the combinations. "This acqusition is really about combining Red Hat's open source technologies with our hybrid cloud portfolio and bringing them together to market," he said. "It really is going to accelerate hybrid cloud, but in a multi-cloud world."

VMware continues to expand its moves with Amazon Web Services (AWS). VMware Cloud on AWS will be hosted in a variety of new data centres, including AWS EU, in Ireland, AWS West, and AWS East, in North California and Ohio respectively. At VMworld in August, the Las Vegas audience was treated to a cameo from AWS chief executive Andy Jassy. No such luck this time around, but the partnership continues apace; the companies claim more than 200 partners have achieved solution competency in their environment within six months.

One of the more interesting announcements was around the beta launch of VMware Blockchain. Building off Project Concord, an initiative launched in Las Vegas, the offering is aimed at, again, getting the enterprise on-board. "The key thing we are focused on here is making sure that, as the blockchain pioneers are beginning to say 'I need to put something in production here', moving from concept to enterprise-class blockchain is where we're focused and that is where this beta is beginning to make those technologies available," said Ray O'Farrell, VMware CTO.

With power comes responsibility however; the company has long since distrusted the energy consumption blockchain technologies take up. Gelsinger affirmed this message again yesterday, describing its computational complexity as 'almost criminal.'