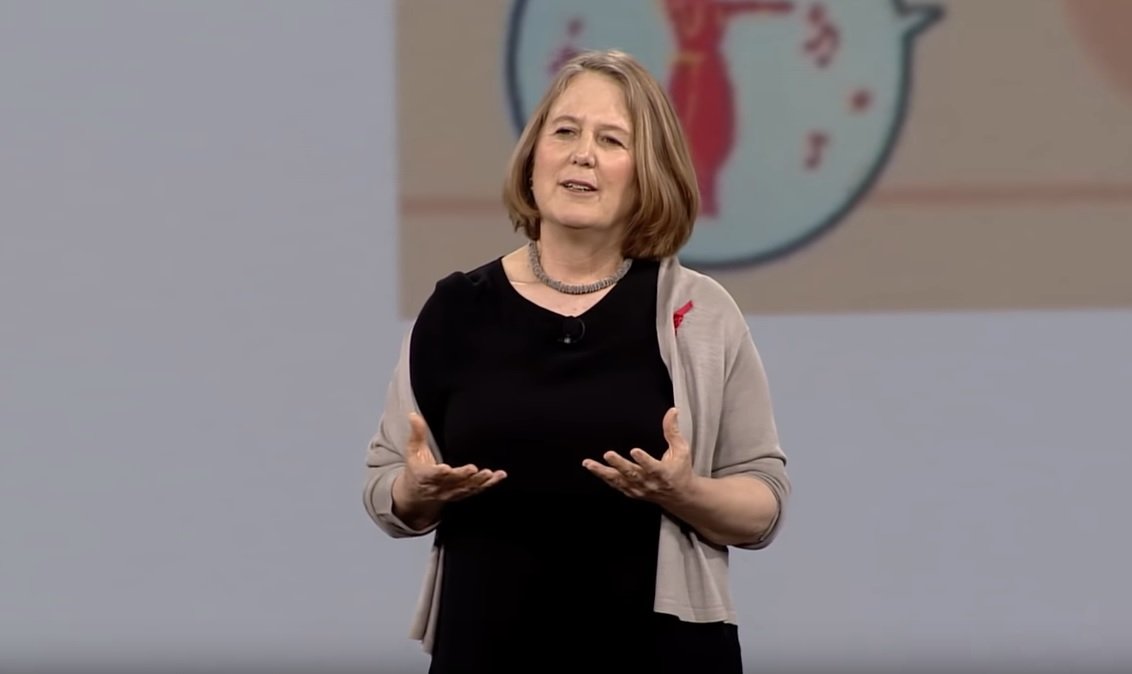 By James Bourne | 19th November 2018 | TechForge Media http://www.cloudcomputing-news.net/
James is editor in chief of TechForge Media, with a passion for how technologies influence business and several Mobile World Congress events under his belt. James has interviewed a variety of leading figures in his career, from former Mafia boss Michael Franzese, to Steve Wozniak, and Jean Michel Jarre. James can be found tweeting at @James_T_Bourne.

Analysis Diane Greene is to step down as Google Cloud’s CEO after three years, the company has announced – with former Oracle executive Thomas Kurian to take over the reins.

Kurian, whose more than 20-year stint at Oracle culminated in leading product development, resigned from the Redwood giant last month having taken a period of leave. In a blog post announcing the change, Greene said she would remain CEO until January and stay on the board of Alphabet, with Kurian joining the company on November 26.

“The Google Cloud team has accomplished amazing things over the last three years, and I’m proud to have been a part of this transformative work,” Greene wrote. “We have moved Google Cloud from having only two significant customers and a collection of startups to having major Fortune 1000 enterprises betting their future on Google Cloud, something we should accept as a great compliment as well as a huge responsibility.”

Greene’s stint had certainly exceeded her expectations at least in terms of timeframes, having expected to only be in the role for two years. Having joined Google after the company acquired enterprise development platform startup Bebop, Greene had committed the proceeds to philanthropical efforts, and is looking now to invest in female founders and CEOs. “I want to encourage every woman engineer and scientist to think in terms of building their own company someday,” Greene added.

So how will the past three years be remembered and analysed? Ultimately, while the company still trails behind Amazon Web Services (AWS) and Microsoft Azure, it doesn’t tell the full story – and the leadership and investment Greene has put in will enable Google Cloud to compete strongly in future on different fronts.

As various sections of the tech media have pointed out, Google remains well behind AWS and Azure, in the cloud infrastructure market. According to the most recent figures from Synergy Research, AWS holds 34% market share, with Microsoft at 14% and Google at 7%, alongside IBM.

Yet change has been strong at Google since 2015; both in terms of customers acquired, as Greene noted in her valediction, as well as technologies invested in. In May, Google was named for the first time as a leader in Gartner’s Magic Quadrant for infrastructure as a service; a considerable feat considering the AWS/Azure duopoly. As this publication put it in March last year, when Google unveiled its latest roster of enterprise customers – three of whom all solidly in the Fortune 500 – “this was the week in which Google’s enterprise cloud offering came of age.”

Some, however, thought Google had been too late to make its move. Amir Hermelin, formerly product management lead at Google Cloud, took to Medium to argue the company dallied when it came to big ticket clients.  “Seeing success with Snapchat and the likes, and lacking enough familiarity with the enterprise, and lacking enough familiarity with the enterprise space, it was easy to focus away from ‘large orgs’,” Hermelin wrote. “This included insufficient investments in marketing, sales, support, and solutions engineering, resulting in… being inferior compared to the competitors.”

Nick McQuire, VP enterprise at analyst firm CCS Insight, said that while Google were late to the party on enterprise, the long road ahead remains. “In fairness, they’ve had to shift a little bit of their approach, particularly over the last 12-18 months around open, multi-cloud and hybrid cloud,” McQuire told CloudTech. “Google is also making the point that it is super early in this progression.

“There’s still in my opinion not only a lot to play for, but we’re going to see a lot of meanders across the road in the industry in cloud over the next couple of years as well.”

Key to this open approach, and one area where significant investment had been made, however, was in artificial intelligence (AI) and machine learning (ML). Hermelin cited this area as one of three ‘strong pillars’ for Google, alongside security and Kubernetes – the latter also being open and having gained significant momentum in the industry over the past 12 months.

In AI and ML, Google can be seen as having an advantage, with the launch of pre-packaged AI services in August being of particular interest. Much of this leadership has been down to the work of Fei-Fei Li, enlisted as chief scientist at Google Cloud AI before returning to academia in September. This is an area which is only going to accelerate; a prediction from analyst firm CCS Insight forecast that by 2020, cloud service providers would expand from general purpose AI to business-specific applications.

Another bet CCS – and McQuire personally – made was around trust. Next year, the big cloud vendors won’t be using compute, storage, or even emerging technologies as their primary currency. It will all be around trust; and in particular, the long-standing fear of vendor lock-in, mitigated by the continued feasibility of multi-cloud workloads.

Netflix could be seen as a classic example of this. The streaming giant has espoused and evangelised all things AWS for several years, but uses Google for certain disaster recovery workloads. Expect this to continue, driven by transparency around trust and compliance. “Companies are trying to figure that through: what is the advantage of going all-in versus a multi-cloud strategy?” said McQuire.

“Google at the moment is getting some good traction with companies that are pursuing a multi-cloud,” he added. “They’re going to Google for AI and machine learning and they’re starting there; maybe over time they’ll migrate more. It’s that approach that Google’s being open and honest about, which I think is beneficial to their strategy.”

With regard to financials, Google, like Microsoft, does not give specific numbers. For Q318, Google’s ‘other revenues’ bucket, where Google Cloud is housed, reported at $4.64 billion, up almost 30% from the previous year. Compared with Q415, the nearest quarter to when Greene arrived, other revenues were at less than half ($2.1bn).

Google chief exec Sundar Pichai said earlier this year the company’s cloud arm was clocking more than $1bn in revenues per quarter. Replying to an analyst question for Google’s most recent financials, Pichai said the company was “definitely seeing strong indicators that the investment in product [was] clearly beginning to work”, as well as adding they were “thoughtfully looking” at hybrid cloud options.

The in-tray for the new boss

For the incoming Thomas Kurian, McQuire argued the former Oracle exec will have a few important items which will be straight on his to-do list.

“The main thing he’s going to want to focus on is the sales and go-to-market piece around Google,” said McQuire. “It’s part of a market education process that Google still needs to push. They have done better here, but they need to start to bring in more evangelists and business-oriented salespeople who can articulate Google’s business value proposition around cloud.

“More importantly, [Kurian needs] to help educate on the trustworthiness of Google’s strategy and its cloud overall as well,” McQuire added. “Google has been investing a lot – and I think the market doesn’t always appreciate that and fully understand that – but it’s that element I think that needs to be improved a little bit.

“Diane Greene has laid some pretty good foundations for Kurian to come in. We’ll see where they go from here.”