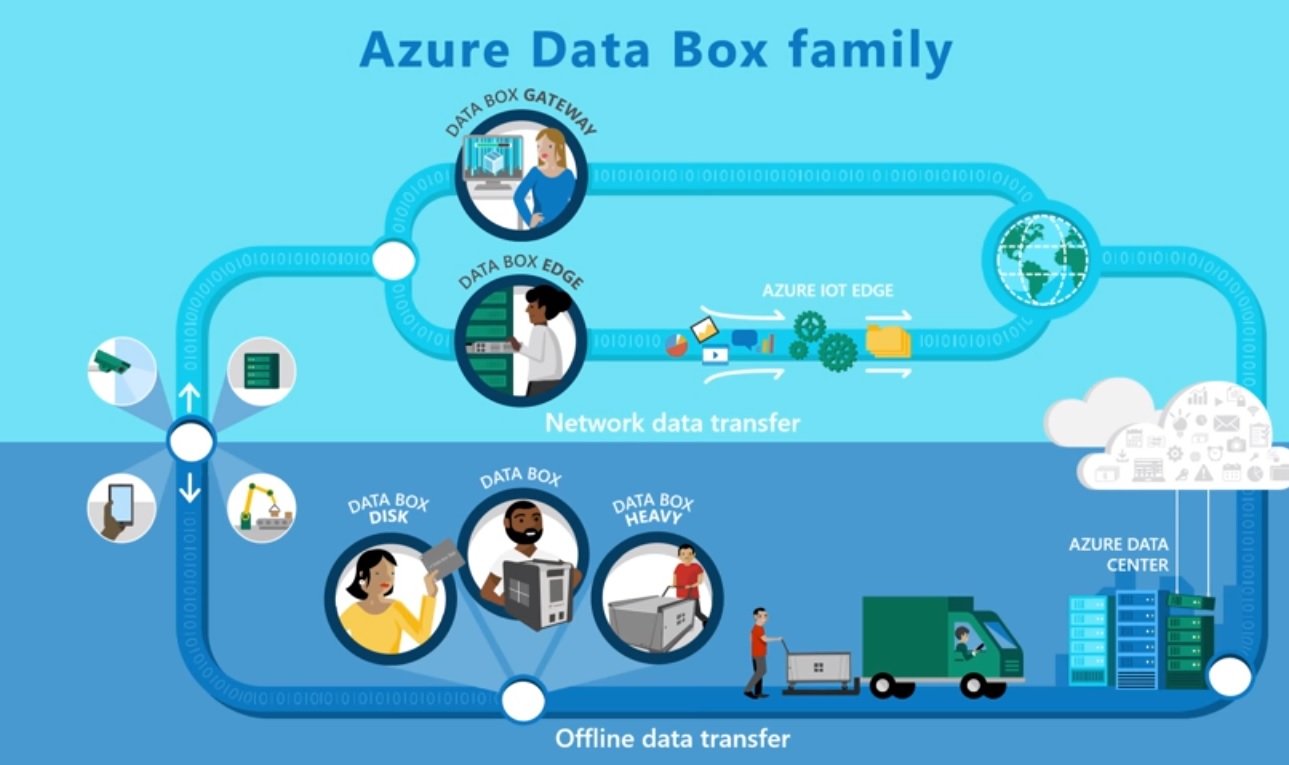 By James Bourne | 26th September 2018 | TechForge Media http://www.cloudcomputing-news.net/
Categories: Big Data, Data & Analytics, Data Management, Hardware, Microsoft,
James is editor in chief of TechForge Media, with a passion for how technologies influence business and several Mobile World Congress events under his belt. James has interviewed a variety of leading figures in his career, from former Mafia boss Michael Franzese, to Steve Wozniak, and Jean Michel Jarre. James can be found tweeting at @James_T_Bourne.

More and more enterprise data is being transferred to the cloud, but sometimes the journey can break the network's back – which calls for less virtual and more physical solutions.

Microsoft has announced the general availability of Azure Data Box, a physical box which organisations can order, fill up, and then return to Redmond for it to be uploaded to an Azure environment.

Companies and users can store up to 100 TB per standard box, with variables either way. The newly announced Data Box Heavy can handle up to 1 PB of data, while Data Box Disks go up to 40 TB.

For those who may consider this a decidedly low-tech method of cloudy data transfer, it is worth noting Amazon Web Services (AWS) has long since had Snowball, a petabyte-scale data migration tool which carries similar bulk as Azure Data Box. AWS also has the Snowmobile, a 45-foot long shipping container, for data loads up to 100 PB.

The customers who really  benefit from these types of tools are those organisations either with reams of offline data from legacy tools, or those collecting data in hard to access places. For instance, moving an exabyte of data across a 10 gigabit per second line would take the better part of two and a half decades to complete.

Oceaneering International was one of the first customers of Azure Data Box last year. Its underwater vehicles generate 2TB of data per day, with the vessel itself generating up to 10TB per day. "We're trying to get the data to the decision maker quicker," explained Mark Stevens, director of global data solutions, adding it is aiming for a seven day turnaround from the field anywhere in the world.

The other addition to the product family is Azure Data Box Edge, which combines on-premises with AI-enabled edge compute capabilities. With increasing amounts of data being created at the edge, the Edge hardware enables data analysis and filtering at the edge of the network, as well as being a storage gateway.

You can find out more about the Azure Data Box family here.