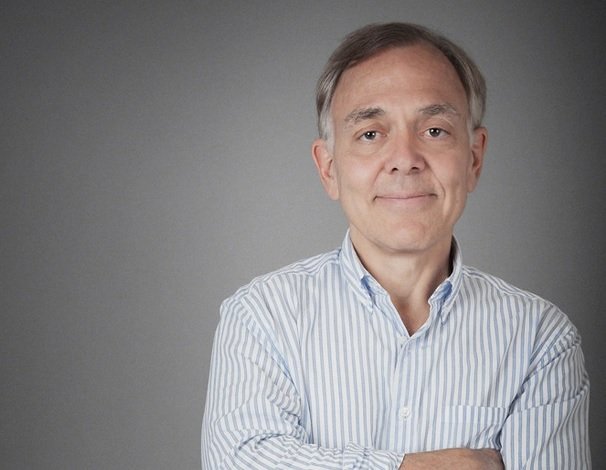 By James Bourne | 2nd August 2019 | TechForge Media http://www.cloudcomputing-news.net/
Categories: AWS, Cloud Computing, Data & Analytics, Software as a Service,
James is editor in chief of TechForge Media, with a passion for how technologies influence business and several Mobile World Congress events under his belt. James has interviewed a variety of leading figures in his career, from former Mafia boss Michael Franzese, to Steve Wozniak, and Jean Michel Jarre. James can be found tweeting at @James_T_Bourne.

Boston-based Wasabi Technologies has a clear business strategy. “We only do storage,” CEO David Friend tells CloudTech. “We don’t do compute, we’re not going to buy supermarkets, or make movies or TV shows. We just do storage and we’re very good at it.”

This will be the first, but not the last, veiled reference to a certain Seattle-based cloud storage provider. In some ways it is a legitimate concern. Amazon Web Services (AWS) has the largest share across infrastructure by a distance – between a third and half, depending on who you believe – but it also has plenty of offerings around software.

In fact, Amazon has just about everything. Across its 23 categories, there are a grand total of 183 products under the AWS banner, with management and governance, as well as machine learning, top of the tree with 19 each. Wasabi, by contrast, has just one. It’s a complexity thing, Friend argues.

“Our vision is that cloud storage will just become a commodity,” says Friend. “We don’t believe in having all these goofy tiers, because Wasabi is faster than [Amazon] S3 and cheaper than Glacier. So you don’t need six tiers of storage in between with all the complexity that implies and the consultants you have to hire in order to figure out what data to go in what tier.”

Whereas Glacier is cold storage, cheaper for workloads accessed once in a blue moon, Wasabi focuses on the opposite. The clue is in the name, with the company having been called BlueArchive in a previous life. Wasabi’s pricing model is simple: $5.99 per terabyte per month, translating to $0.0059 per gigabyte, with no additional charges for egress or API requests.

Maslow’s hierarchy of needs is often crudely bastardised to add ‘Wi-Fi’ or ‘internet’ to the bottom tier; with commoditisation, perhaps storage needs to be added beneath it. Things have come a long way from when Steve Jobs rebuked Dropbox as being merely a ‘feature’, after Drew Houston turned down the late former Apple chief’s acquisition offer.

Friend, alongside Thomas Koulopoulos, penned an eBook published earlier this year around the concept of the ‘bottomless cloud’, and spoke on the topic at the recent Cyber Security & Cloud Expo event in Amsterdam.

“We were talking about changing the mindset from thinking of data as sort of a scarcity to more a mindset of data abundance,” says Friend. “The idea that data storage gets to be so cheap that it’s not worth deleting anything.

“The people who are throwing away their data because they don’t see any immediate need for it… five, 10 years from now they’re going to look back and say ‘wow, with all the analytical tools we have today, I wish we had saved that data because we could be using it to gain competitive advantage, gain insights into what our customers are doing and what they want,’” adds Friend

“That’s the mindset that we have to change. We have to think about data as something which has probably got future value that’s in excess of what we think it might have today; we need to think of cloud storage the same way we think of electricity or bandwidth.”

Naturally, if you’re going to take on AWS the battle cannot be won alone. Wasabi has emboldened its approach in recent months with expanded geography to Europe and a channel strategy; the former saw a data centre open in Amsterdam in March, while the latter included partnerships with Veeam and Pax8 among others.

“In Europe particularly, we’re going all-channel for practical purposes,” explains Friend, albeit adding users could still sign up for storage directly. “When you look at Veeam’s new cloud-enabled backup product, there’s a dropdown menu. You can pick Amazon storage, Google storage, Microsoft, IBM, and Wasabi. So we’ve broken into the ranks of the top storage vendors now, and that’s clearly where we want to be.”

As far as managed service providers (MSPs) are concerned more generally, Friend notes that the move to the cloud – and the recurring revenue which results – reaps its own rewards. “We’re teaching the MSPs how to make money in this,” he says. “Instead of getting a one-time pop for a box, you get a revenue stream that goes on and on year after year. If you’re the person selling this cloud storage, every year they’re paying for what they’re using, and it just grows.

“It’s an opportunity for the MSPs to really get on the bandwagon and get in front of the cloud migration curve.”

Even though the hyperscalers are hogging public cloud infrastructure, plenty of innovation can still be found. Friend cites Stackpath, a content delivery network (CDN) and edge computing provider, and fellow CDN-er Limelight as companies ‘flourishing off picking pieces’ of the cloud.

“What the MSPs can do is learn how to put these things together and make money,” Friend adds. “That’s the part that we’re playing. Right now we’re the big guys in independent cloud storage, and we can provide the MSP with a great revenue stream.”