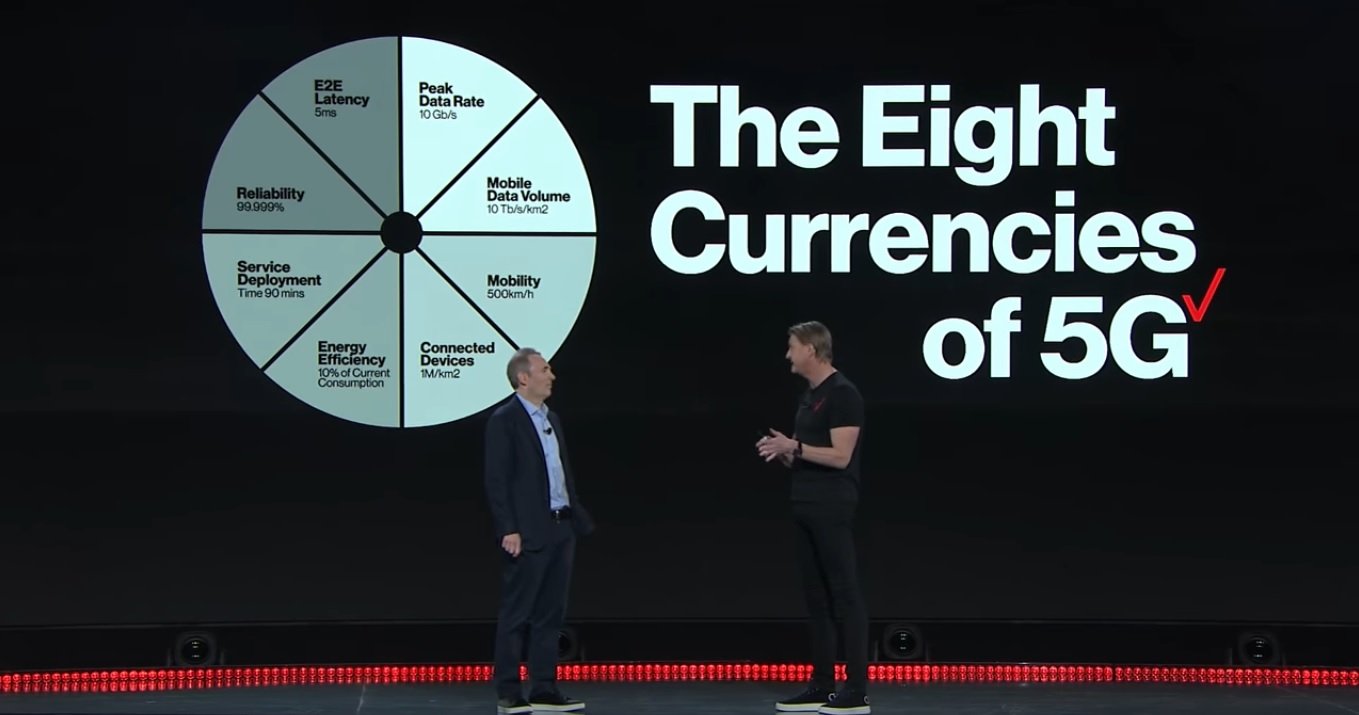 By James Bourne | 5th December 2019 | TechForge Media http://www.cloudcomputing-news.net/
Categories: AWS, Infrastructure, Telecoms, Vendors,
James is editor in chief of TechForge Media, with a passion for how technologies influence business and several Mobile World Congress events under his belt. James has interviewed a variety of leading figures in his career, from former Mafia boss Michael Franzese, to Steve Wozniak, and Jean Michel Jarre. James can be found tweeting at @James_T_Bourne.

At the main AWS re:Invent keynote, the biggest headline is usually saved until the end. Last year, it was the announcement of AWS Outposts, with VMware CEO Pat Gelsinger taking to the stage to join AWS chief Andy Jassy.

This time around it was Verizon, whose CEO Hans Vestberg joined Jassy to announce a partnership to deliver cloud and edge computing souped up with 5G connectivity. The move is also a showcase for AWS Wavelength, which is a major edge play: embedding compute and storage services on the edge of operators’ 5G networks, enabling the delivery of ultra-low latency applications.

Vestberg noted Verizon’s ‘eight currencies’ it believed in for 5G; a message first put out at the start of this year at CES and which went far beyond speed and throughput, the only primary capabilities for 4G. “The most important [aspect] is when you can slice this and give them to individuals and applications; you have a transformative technology that’s going to transform consumer behaviour, transform businesses, transform society,” he said.

For the ‘builders’ – developers who form such a key part of the re:Invent audience base – this promise of 5G, encapsulating lower latency, mobility and connectivity, is vital for the applications they are creating. Yet the journey for the data being transmitted is arduous; going from the device to the cell tower, to the aggregation site, to the Internet, and to the cloud provider, before going back.

Hence this AWS and Verizon collaboration – which Jassy noted had been in the works for around 18 months. “In placing AWS compute and storage services at the edge of Verizon’s 5G Ultra Wideband network with AWS Wavelength, AWS and Verizon bring processing power and storage physically closer to 5G mobile users and wireless devices, and enable developers to build applications that can deliver enhanced user experiences like near real-time analytics for instant decision making, immersive game streaming, and automated robotic systems in manufacturing facilities,” the companies noted in the press materials.

The move also evidently strengthens the relationship between Verizon and AWS, for whom the lines of business are now clearly demarcated.

As industry watchers will recall, in 2011, when cloud infrastructure was still nascent, Verizon acquired early pioneer Terremark. The company said at the time the move would ‘clear the way for Verizon to lead the rapidly evolving global managed IT infrastructure and cloud services market.’ The telco’s efforts to become a cloud provider in its own right fell flat, eventually being sold up to IBM. As Synergy Research’s John Dinsdale put it to this reporter back in 2016, ‘the speed of cloud market development and the aggressiveness of the leading cloud providers largely left [telcos] behind.’

The thinking has since changed. 18 months ago – around the time the two companies started consulting on the edge and 5G partnership – Verizon moved to AWS as its preferred public cloud provider, migrating more than 1,000 of its business-critical applications and backend systems.

Today, the much-derided ‘telco cloud’ is now about partnerships and making the most out of both sides’ assets. AT&T announced deals with IBM and Microsoft in successive days in July in a move which raised eyebrows in the industry – and according to Nick McQuire, VP enterprise at CCS Insight, this is an idea finally beginning to bear fruit.

“The announcements, above all, are about developers,” said McQuire. “For 5G to meet the enormous hype and expectation surrounding it this year, operators are now desperate to woo developers to the platform to create 5G applications which at the moment are very thin on the ground.

“AWS has the cloud, edge computing and IoT assets – some of the best in the market – and it also has developers, so it’s no surprise it’s pushing into this area and partnering with leading telcos.”