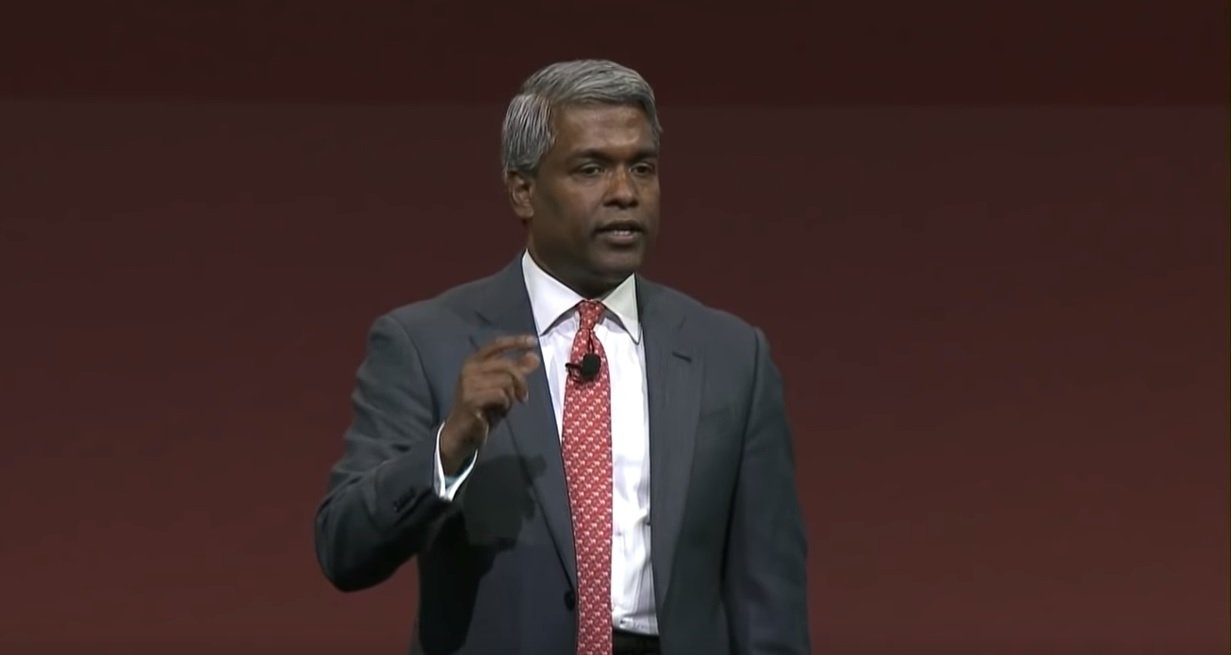 By James Bourne | 13th February 2019 | TechForge Media http://www.cloudcomputing-news.net/
James is editor in chief of TechForge Media, with a passion for how technologies influence business and several Mobile World Congress events under his belt. James has interviewed a variety of leading figures in his career, from former Mafia boss Michael Franzese, to Steve Wozniak, and Jean Michel Jarre. James can be found tweeting at @James_T_Bourne.

Speaking at the Goldman Sachs Technology and Internet Conference in San Francisco, the former Oracle veteran noted his plan to hire more salespeople, focus more aggressively on large traditional companies, as well as look at fresh deals with systems integrators.

“In a nutshell, we at Google are focused on enabling organisations to get five different capabilities from our platform that help them get brand new ways to exploit the digital revolution,” he told delegates. “We’re seeing very strong momentum with customers around the world in six industries; we’re investing aggressively to grow our direct sales and distribution capacity, as well as striking a number of partnerships with partners who will not only provide value add to our solutions, but also distribute our offerings and capabilities.”

Kurian cited the five ways in which Google differentiated from the AWS’ and Azures as security and reliability for mission critical applications; hybrid and multi-cloud capabilities; ‘very advanced’ artificial intelligence (AI) solutions; ‘vastly different’ capabilities for managing data at scale; and ‘integrating a number of Google’s technology advances with Cloud to deliver industry solutions.”

While some may quibble about the specifics of some of those areas, AI is certainly one area where Google has key strength. Kurian told the audience Google had ‘material capability that is vastly differentiated from other providers in the market’, from algorithms such as TensorFlow to going further up the stack with computer vision and applying it to business use cases. Pharmaceutical, entertainment and airlines were three industries Kurian singled out as benefitting.

Kurian’s comments make for interesting reading, particularly as this is the first major speaking duty he has undertaken since taking over the leadership from Diane Greene at the start of this year. Speaking to this publication at the time of Greene’s departure, Nick McQuire, VP enterprise at analyst firm CCS Insight, noted the importance of revamping the sales process early in his tenure.

“The main thing [Kurian is] going to want to focus on is the sales and go-to-market piece,” he told CloudTech in November. “It’s part of a market education process that Google still needs to push. They need to start to bring in more evangelists and business-oriented salespeople who can articulate Google’s business value proposition around cloud.”

Google’s fourth quarter and fiscal year results hit the wires earlier this month which shone a light on how much investment was taking place in its cloud division. The department saw the most new employees in the previous quarter, according to chief financial officer Ruth Porat, for both technical and sales roles.

Kurian’s remarks suggest that this trend will continue, but there remains an element of obfuscation to the details. The company said it had ‘more than doubled’ its $1 million cloud deals and multi-year contracts over the past year, but Porat declined to go into more specific detail following an analyst question in the earnings call. Google’s ‘other’ revenues, where Google Cloud among others sit, were at just under $6.5 billion over the most recent quarter, a 30% rise from the previous year.

This has led to speculation over how much Google’s cloud division is actually making. Microsoft obfuscates to a degree, as does IBM and Oracle, while AWS and Alibaba Cloud are among those which reports specifics. Yet as Paul Miller, senior analyst at Forrester, told this publication, comparing apples to apples for each of the cloud behemoths is a tricky proposition – and it’s all about the wider ecosystem.

“The real value for Google – and for most of the others – is in the way that these different components can be assembled and reassembled to deliver value to their customers,” he added. “That should be the story, not whether their revenue in a specific category is growing 2x, 3x or 10x.

“Are they continuing to invest in the foundational infrastructure upon which growth will depend? Yes. Are they continuing to win new customers, and to grow revenue with existing customers? Yes. Are they solving problems for those customers and delivering value to them? Yes,” concluded Miller. “Make it too easy to pick holes in their possibly growing revenue slower than a specific competitor, and that value story quickly gets buried, and that would be a shame.”

For Kurian, while plans are evidently being put in place to secure new customers, he noted how the ones Google Cloud has are happy.

“We have remarkable customer loyalty,” Kurian added. “The customers that we work with love our technology and as we go forward we’re putting in place a new ‘customers for life’ program that will attract, retain, and convert more customers into advocacy.”

You can listen to the full talk here (email required).