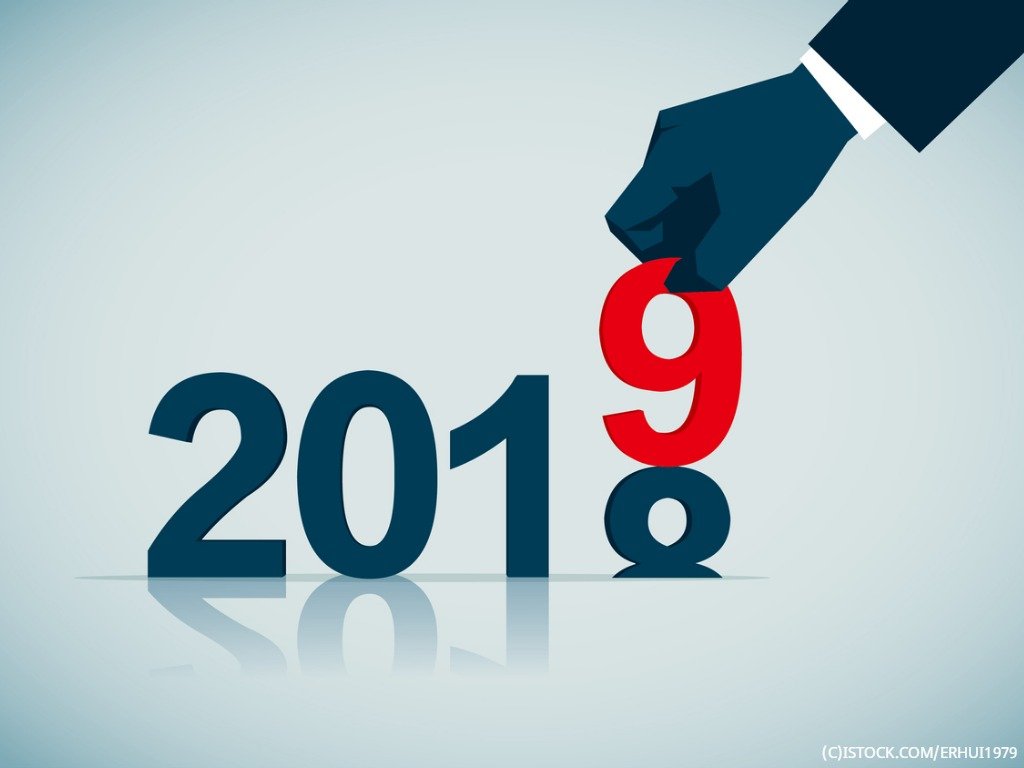 By James Bourne | 2nd January 2019 | TechForge Media http://www.cloudcomputing-news.net/
Categories: AWS, Best Practice, Containers, Infrastructure, M&A, Security, Software,
James is editor in chief of TechForge Media, with a passion for how technologies influence business and several Mobile World Congress events under his belt. James has interviewed a variety of leading figures in his career, from former Mafia boss Michael Franzese, to Steve Wozniak, and Jean Michel Jarre. James can be found tweeting at @James_T_Bourne.

2018 was yet another fascinating year when it came to cloud computing, along with the emerging technologies which complement and rely on the cloud.

As the ecosystem has matured and organisations’ confidence has increased, conversations have shifted gear accordingly. RightScale’s State of the Cloud report for 2018 back in February found that for every enterprise which hadn’t dipped its toes in one of the major cloud vendor offerings, there were at least two who had. In one of the more outlandish predictions from last year, a report from Citrix in July argued that, by 2025, the term ‘cloud’ will have gone the way of ‘internet’ et al, its ubiquity forcing a semantic sea-change.

With that in mind, what were the key trends of last year? In many ways, they were variations on previous themes. Below, CloudTech explores some of the stories which shaped 2018, and predictions from industry executives on what may happen in 2019.

The behemoths lurch ever further forward

At the end of 2018, according to industry market trackers at Synergy Research, Amazon Web Services (AWS) held just over one third of the cloud infrastructure space. Microsoft was a clear second, holding approximately 14% of the market, ahead of IBM and Google, in joint third, and Alibaba. Meanwhile, capex for data centre infrastructure among the largest players continues to skyrocket.

Again, little has changed in with regard to the vendors, with those who follow these companies’ bets purely for the financials missing the bigger story. That said, another benchmark analyst report came to a different conclusion. Gartner’s 2018 Magic Quadrant for infrastructure as a service (IaaS) found room in its leaders’ section for Google, breaking a half-decade duopoly between AWS and Microsoft. Only six vendors made the final cut for inclusion – the lowest ever – showcasing the strength and saturation of the market.

AWS had another stellar year. On the revenue side, $6.7bn for its most recent quarter represented a 45% increase from this time last year, with profit breaking $2bn, more than half Amazon’s overall figure. On the product side, re:Invent revealed a mix of the new and old, from beefier blockchain and machine learning initiatives – more of which shortly –  to a potentially game-changing hybrid cloud renewal of vows with VMware.

For Microsoft, as this publication put it, the message has barely changed, but the numbers just kept going up – a claimed 76% leap in Azure year on year according to the most recent figures. Google meanwhile had a year of mixed emotions. Growth was again strong, with CEO Sundar Pichai crowing in April of ‘significantly larger, more strategic deals’ as the enterprise strategy came more into place in 2018. Yet the departure of Google Cloud chief Diane Greene, announced in November, makes the near future an interesting one.

Blockchain, AI and getting the recipe right

As the sun set on 2017, this publication noted how blockchain and artificial intelligence had made major strides in a cloudy context. 2018 again saw notable leaps in this area. AWS, for instance, who had previously denied being interested in blockchain, changed tack in the first half of the year before adding a managed blockchain and quantum ledger database service at re:Invent.

In terms of AI, everyone has their eyes on the prize. Google Cloud’s initiatives in this area were impressive, with the launch of pre-packaged AI services in August particularly notable. AWS customers who signed up in 2018 included Major League Baseball and Formula 1, worth noting because of their insistence on exploring all things machine learning.

From a software perspective, one of the most interesting reports issued last year was from venture capital firm Work-Bench who explored emerging enterprise software with rip-roaring results. Their analysis was that the behemoths were winning at AI right now – largely by hoovering up the best talent – and if other companies were to make strides, automated machine learning (AutoML) and focusing on revamping traditional business intelligence was the answer.

Looking at the infrastructure side, organisations’ requirements for deeper insights powered by AI and ML would naturally require a stronger network. Writing in October, regular columnist Sagar Nangare noted how Gartner was ‘emphasising the empowerment of edge-focused infrastructure.’ “Looking at a future of having all digital devices serving to end users, there was a need for such edge topology which can give cloud-like performance closer to devices and reduce the burden on network usage,” he wrote.

One small step for quantum computing – but a leap in the near future?

A trend which became more apparent from the cloud vendor perspective in 2018 was quantum computing – but there is naturally still a long way to go.

In October, this publication attended the annual predictions jamboree of analyst firm CCS Insight. The material around quantum was especially intriguing. “Those interested in cloud are going to differentiate themselves around quantum,” explained Nick McQuire, VP enterprise. “The size of customer workloads is doubling every year as more and more organisations go to cloud. We think quantum over time is going to solve a lot of this strain.”

Naturally, it’s all research and development right now and specific signposts are a little way off. In the same month, Travis Humble, distinguished scientist at Oak Ridge National Laboratory and leader of the IEEE working group for quantum computing devices, wrote on the progress being made at the sharp end.

The ever-changing goalposts for cloud security

As technologies emerge, gaps appear and the race is on between the good and bad guys. One area which had seen a serious increase in 2018 was cryptojacking, where compute resources are ransacked to mine for cryptocurrency. While a report from Unit 42 in December mused that the decline in blockchain markets meant cryptojacking was not as hot as previously, cloud infrastructure is still a major target.

A debate which continues to rage is around how much responsibility the biggest cloud players need to take for their customers’ security. Evidently, the messages around shared responsibility are still not getting through to all customers. In November for instance AWS launched extra steps to ensure customers’ S3 buckets don’t become misconfigured – the redesign of a key dashboard earlier in the year to include bright orange warning indicators having not proved sufficiently effective – to help ensure a simple user error doesn’t become a major data breach.

The market for cloud access security brokers (CASBs), those vendors who sit between on- and off-premises infrastructure looking for potential mishaps and misconfigurations, has therefore grown. Gartner published a specific Magic Quadrant in November focusing on CASBs, positing that through 2023 “at least 99%” of cloud security issues will be the fault of the customer. Ultimately, as technology has matured, security practices have appeared to stand still.

“Instead of being restricted to the ecosystem of one vendor, a multi-cloud approach permits organisations to deploy a mixture of cloud apps to suit their needs across the business, while at the same time technologies such as Kubernetes can be used to containerise and deploy applications across different cloud providers when necessary,” added Fabel.

Containers – a technology whose continued rise was exemplified by the IBM/Red Hat deal in October – will again solidify, but it has to be in line with security priorities. “We’ve seen this all too frequently – speed is good for business, bad for security,” said Dan Hubbard, chief product officer at Lacework. “Security isn’t given the attention it needs and containers can fall victim to loose security management.

“In 2019, we’ll see smart enterprises build containers into their overall security posture and ensure they are using the right processes and tools for development while adhering to security principles,” added Hubbard. “We can expect that to become gospel for companies who really ‘get it’ in terms of effective container strategies. They will realise that there’s no such thing as fast development without security.”

“I will call it and say that Kubernetes has officially won the battle for containers orchestration,” added Lee James, CTO EMEA at Rackspace. “But this battle has left us with some interesting observations. While companies are fully embracing the benefits of containers and microservice architecture, usage of Kubernetes is still very much within software development-focused organisations.

“With AWS, Azure, Google and VMware [having] launched or launching their own Kubernetes services, it will be interesting to see whether lock-in Kubernetes starts to surface as take up grows or whether the multi-cloud brokerage can prevail,” said James.

If 2018 emphasised anything, it was that organisations who fail to become truly data-driven will most likely fail at almost everything else. Naturally, this continued growth is in the minds of many industry execs as 2019 dawns. “Enterprises unable to leverage their data will face extinction – it’s that simple,” said Manish Sood, CEO of Reltio. “Companies that don’t evolve according to new customer expectations or develop innovative business and revenue models will become a part of these stats.”

“In 2019 organisations will discover that assuring the security of their supply chain is a lost cause,” added Steve Durbin, managing director of the Information Security Forum. “Instead, it is time to refocus on managing their key data and understanding where and how it has been shared across multiple channels and boundaries, irrespective of supply chain provider.

“This will cause many organisations to refocus on the traditional confidentiality and integrity components of the information security mix, placing an additional burden on already overstretched security departments.”

Looking at more general business strategies, Neil Thacker, CISO and DPO EMEA at Netskope, argued the need for more advanced adoption through 2019. “In 2019 it will be more cost-effective to move to the cloud for both digital and security transformation,” said Thacker. “By adopting a cloud-first mentality, businesses will be able to effectively future-proof and operate more efficiently than on-premise, legacy solutions.”