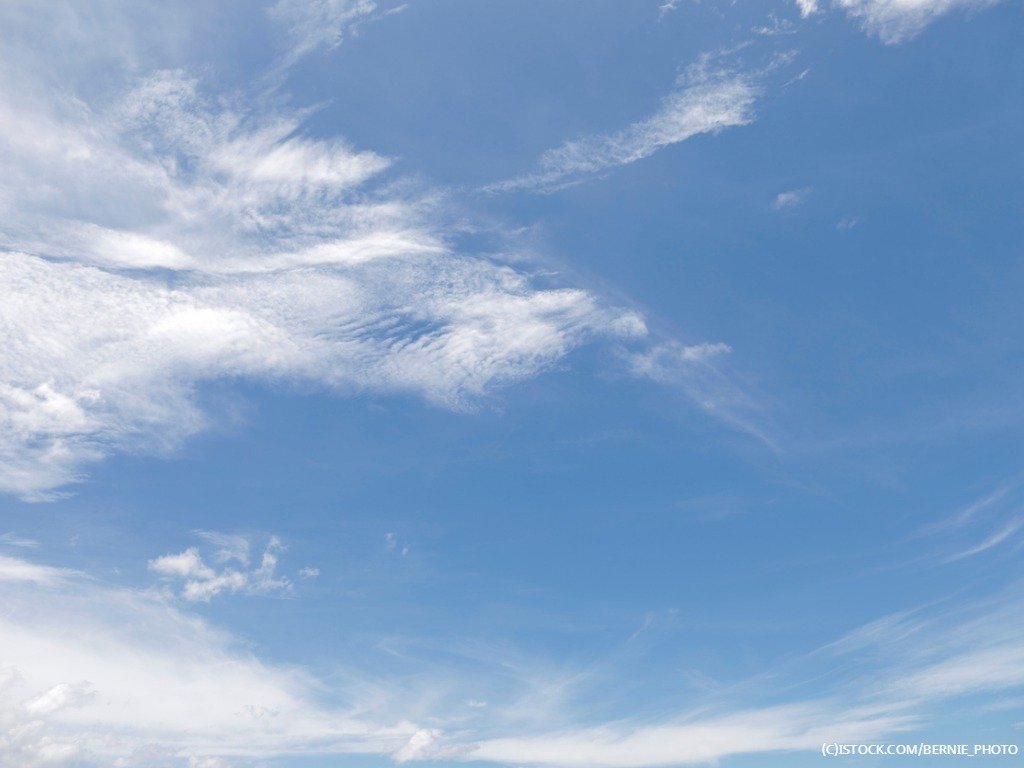 By James Bourne | 8th January 2019 | TechForge Media http://www.cloudcomputing-news.net/
Categories: Infrastructure, Research, Software as a Service,
James is editor in chief of TechForge Media, with a passion for how technologies influence business and several Mobile World Congress events under his belt. James has interviewed a variety of leading figures in his career, from former Mafia boss Michael Franzese, to Steve Wozniak, and Jean Michel Jarre. James can be found tweeting at @James_T_Bourne.

As a new year dawns, it marks the perfect time to assess the industry landscape. According to the latest note from Synergy Research, 2018 saw the cloud market hit $250 billion (£196bn) globally, with a 32% annual growth.

While plenty of the critical acclaim goes on the public cloud infrastructure side of the house, the analyst firm posited that all market segments had risen comfortably over the past 12 months.

The wider bucket of infrastructure hardware and software saw particularly impressive growth in 2018, with public, private and hybrid cloud. The leading vendors in this space are the usual suspects in terms of network and infrastructure equipment; Dell EMC, Cisco and HPE, with a note for Microsoft and VMware. In terms of software, enterprise SaaS saw a 30% gain, with unified comms as a service (UCaaS) at just over 20%. 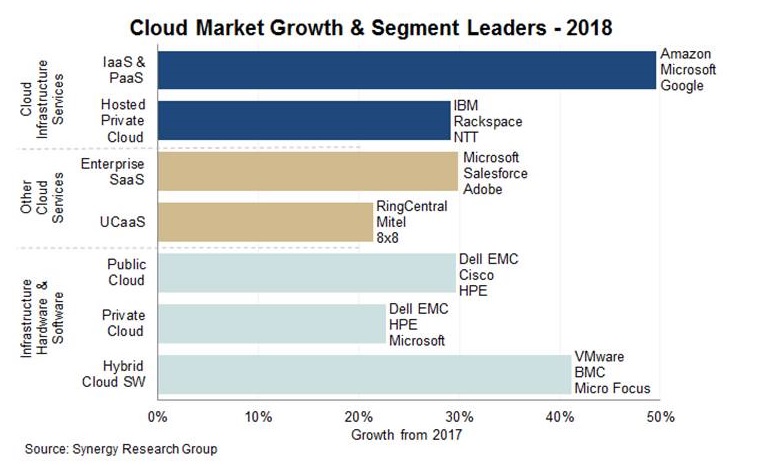 IaaS and PaaS however remained the biggest growth area with an almost 50% gain. This would be considered poor fare compared with previous years, but as Synergy itself noted during the most recent round of financial postings, expecting 100% growth off the bat every time would be optimistic. “[This] is just the law of large numbers kicking in,” said chief analyst John Dinsdale at the time. “You cannot keep on growing at 100% when you reach massive scale.”

The leading cloud providers also continued speculating to accumulate in 2019. As figures from November found, hyperscaler capex hit more than $26 billion, with spending up 53% from the first three quarters of 2017. This represented the largest spend – barring anomalies – since records began.

While spending on cloud services first overtook spend on the hardware and software used to build clouds in 2016, the previous two years has seen that gap ‘widen dramatically.’

“In 2018, cloud started to dominate IT spending in some areas, sucking up potential growth opportunities for non-cloud technologies and services,” said Dinsdale. “Cloud technologies are now generating massive revenues for both cloud service providers and technology vendors and our latest forecasts show that while market growth rates will inevitably erode due to the sheer scale of the numbers, the overall market will double in size in under four years.”