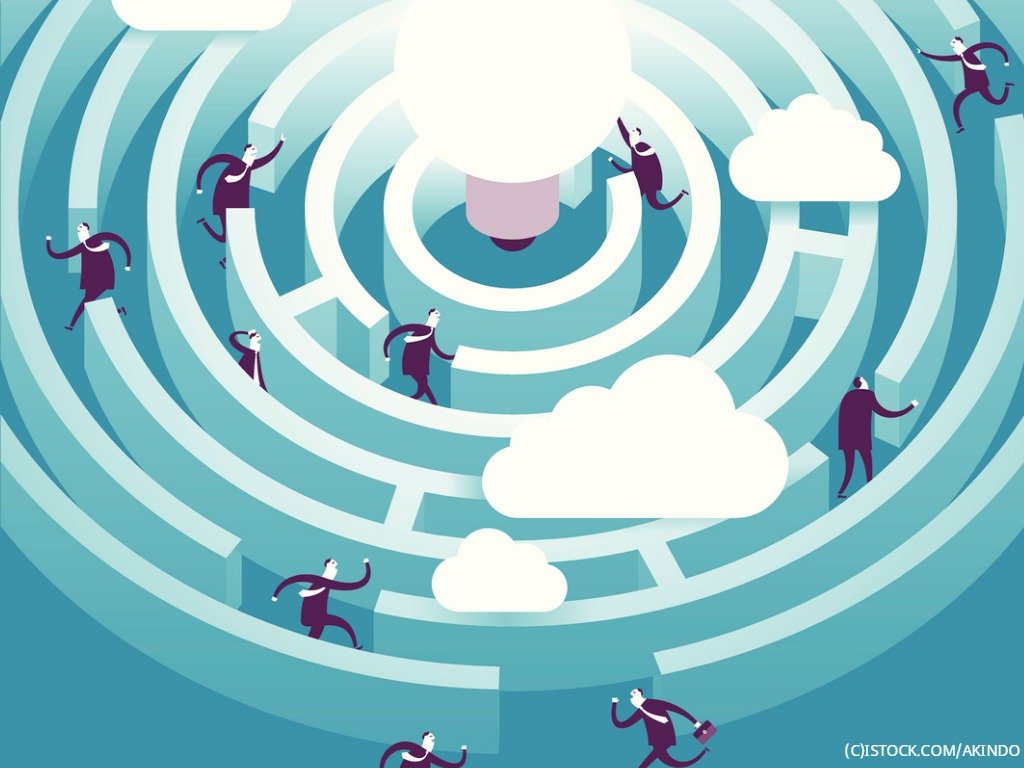 By James Bourne | 23rd January 2019 | TechForge Media http://www.cloudcomputing-news.net/
Categories: Best Practice, Enterprise, Hybrid, Infrastructure, Research,
James is editor in chief of TechForge Media, with a passion for how technologies influence business and several Mobile World Congress events under his belt. James has interviewed a variety of leading figures in his career, from former Mafia boss Michael Franzese, to Steve Wozniak, and Jean Michel Jarre. James can be found tweeting at @James_T_Bourne.

Transitioning to the cloud is not so much taking a fresh plot of land and building up from there, but more trying to renovate an existing property. For larger organisations with sprawling IT outfits, it can be particularly complicated even once the bulk of the work has been done, with on-premise systems here, public cloud workloads there, and private cloud in between.

What’s more, organisations are realising that one size may not fit all just for cloud, but for public cloud. Take Netflix as a key example. Industry media tried to storm up a brouhaha last year when it was reported the streaming company, famously an Amazon Web Services (AWS) house, was using Google Cloud for certain workloads. Yet Netflix told this publication at the time there was ‘no change’ in its relationship with AWS and that it had been using Google for ‘a while’.

Rather than any great revelation, the Netflix story simply emphasised the IT needs of fast-paced organisations today. But as cloud complexity gets more important, so does the need to secure and monitor it.

Cloud management platforms (CMPs) are therefore becoming a very hot property in the industry. Like any technology subset, it can take time before industry validation. Gartner, which defines a CMP simply as ‘integrated products that provide for the management of public, private and hybrid cloud environments’, recently released its first Magic Quadrant in the area.

“What it’s telling IT organisations is that cloud management platforms have come of age, and here are the key players in that space,” explains Dan Murphy, CMO of Embotics, which is placed as a leader in the Quadrant. “For Embotics, and in particular our vCommander solution and cloud management in general, it means we are now essential technology, something that every large IT organisation needs – especially those that are adopting hybrid IT.”

It may be prudent here to explore just what an entangled enterprise IT stack looks like. Their infrastructure is likely to be a mix of on-premise and cloud. They may have had the vision of a connected Internet of Things (IoT) setup a decade ago – but back then it was all managed in the data centre, before moving to virtualised environments until the toes were dipped into the cloud.

Cloud management platforms are now essential technology, something that every large IT organisation needs – especially those that are adopting hybrid IT

In other words, it’s a mess – and a good CMP is able to manage everything along simultaneously while still providing value added services to end users. “Enterprises have set objectives to embrace public cloud services and lower costs. The IT department’s role is changing in this model to provide governance and enablement across hybrid IT,” said Murphy. “Many organisations believe public cloud is strategic, but they’ve also got a legacy infrastructure of on-premise applications to manage.”

As a result, CMPs have to be equipped with a variety of features, from provisioning and orchestration, to cost management, to cloud migration and backup. Murphy says many IT organisations end up serving as a ‘broker’. “Using an analogy of leasing a company car, instead of saying an employee can select any car, we’re saying ‘go to this dealer, and you can choose any car under this budget and with this safety rating,’” he explains. “That’s what we see an evolving role to be – ‘these are resources that have been curated by IT, and the organisation in general and here’s what you can choose from’, versus giving people the keys to the castle or in this case unrestricted and ungoverned access to the public cloud.”

This mentality has ensured that the conversation is changing not just between lines of business and IT, but within IT itself. From having dedicated security, networking and VMware experts, IT has become more of an enabling group which aims to give as frictionless access as possible to the technology – bearing in mind employees simply want the tools to do their job properly – but to also provide governance. This is again where CMPs can come into play; being tools which can help IT in this new, fleshed-out role.

Ultimately, the Gartner Magic Quadrant for Cloud Management Platforms gives an optimistic view of the landscape and where these companies sit. Yet there is naturally also a word of caution. Increasingly, it feels as though that AWS, Microsoft Azure and Google hold all the aces, and wherever they go, others follow. Murphy argues that in these areas – keeping up with R&D, and exploring concepts such as serverless computing – some vendors will fall away. “Embotics has always been at the forefront of innovation and we are committed to providing a management platform that enhances hybrid IT operations now and as new technologies emerge,” he adds.

Editor’s note: This article is in association with Embotics.