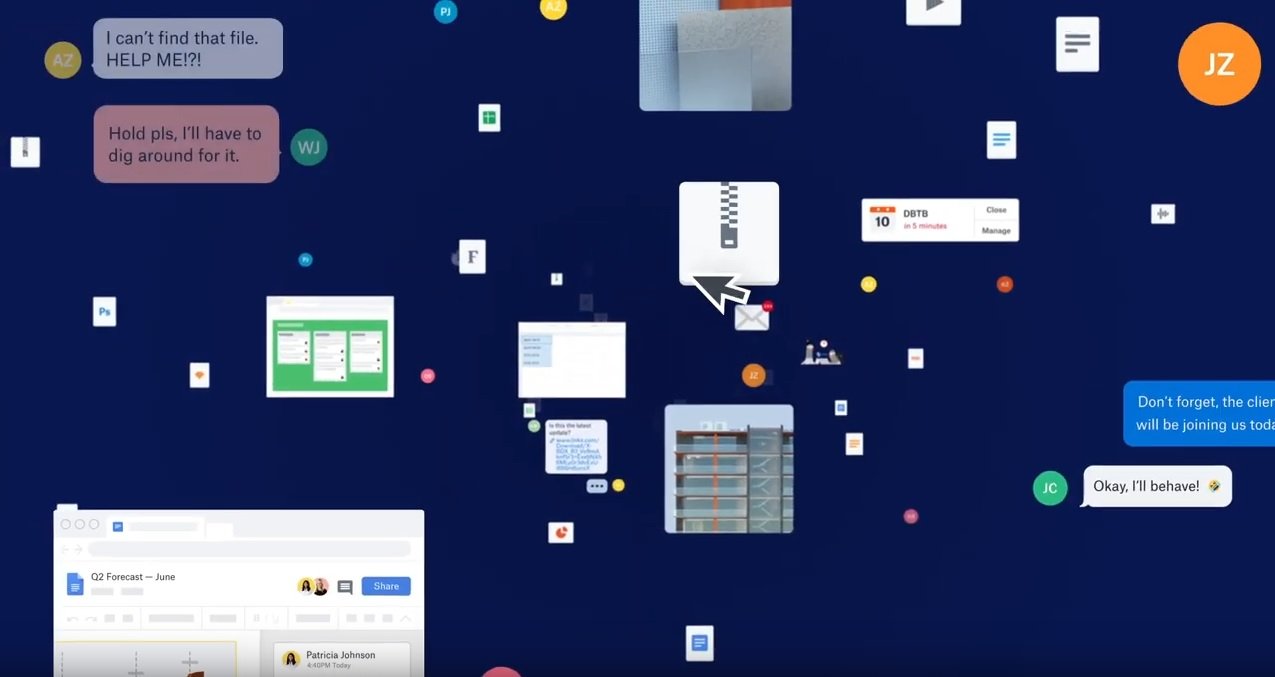 By James Bourne | 13th June 2019 | TechForge Media http://www.cloudcomputing-news.net/
James is editor in chief of TechForge Media, with a passion for how technologies influence business and several Mobile World Congress events under his belt. James has interviewed a variety of leading figures in his career, from former Mafia boss Michael Franzese, to Steve Wozniak, and Jean Michel Jarre. James can be found tweeting at @James_T_Bourne.

Dropbox has launched a significant redesign, repositioning itself as an enterprise collaboration workspace and moving away from its file storage heritage.

The move will see Dropbox aim to be a one-stop-shop. The relaunched desktop app will enable users to create, access and share content across the Google and Microsoft portfolio, opening Google Docs and Microsoft Office files, offer synchronised search, alongside partnerships with Atlassian, Slack, and Zoom.

The latter partnerships are of particular interest; users will be able to start Slack conversations and share content to Slack channels directly from Dropbox, while also being able to add and join Zoom meetings from Dropbox, as well as again share files. The new features with Atlassian weren’t announced, but Dropbox promises ‘enhanced integrations [to] help teams more effectively manage their projects and content.’

As a blog post from the Dropbox team put it, the primary motivator for the move was to address the ‘work about work’ which slowed many organisations down. “Getting work done requires constant switching between different tools, and coordinating work with your team usually means a mountain of email and meetings,” the company wrote. “It all adds up to a lot of time and energy spent on work that isn’t the actual work itself. But we’ve got a plan, and we’re excited to share how we’re going to help you get a handle on all this ‘work about work.’”

From the company’s perspective, the move makes sense. As regular readers of this publication will be more than aware, the industry – and almost all organisations utilising cloud software – has moved on from simple storage.

Dropbox has made concerted efforts in the past to help customers get more out of their data, rather than the data itself. In October the company upgraded its search engine, Nautilus, to include machine learning capabilities – primarily to help understand and predict users’ needs for documents they search for as and when, rather than being slaves to any one algorithm.

Indeed, it can be argued the company has shifted away from cloud computing as both a marketing message and as an internal business process. Writing for Bloomberg at the time of Dropbox’s IPO filing last March, Shira Ovide noted that the company building out its own infrastructure – a two and a half year project to move away from Amazon Web Services (AWS) – helped make its IPO proposition more viable.

You can read more about the redesign here.