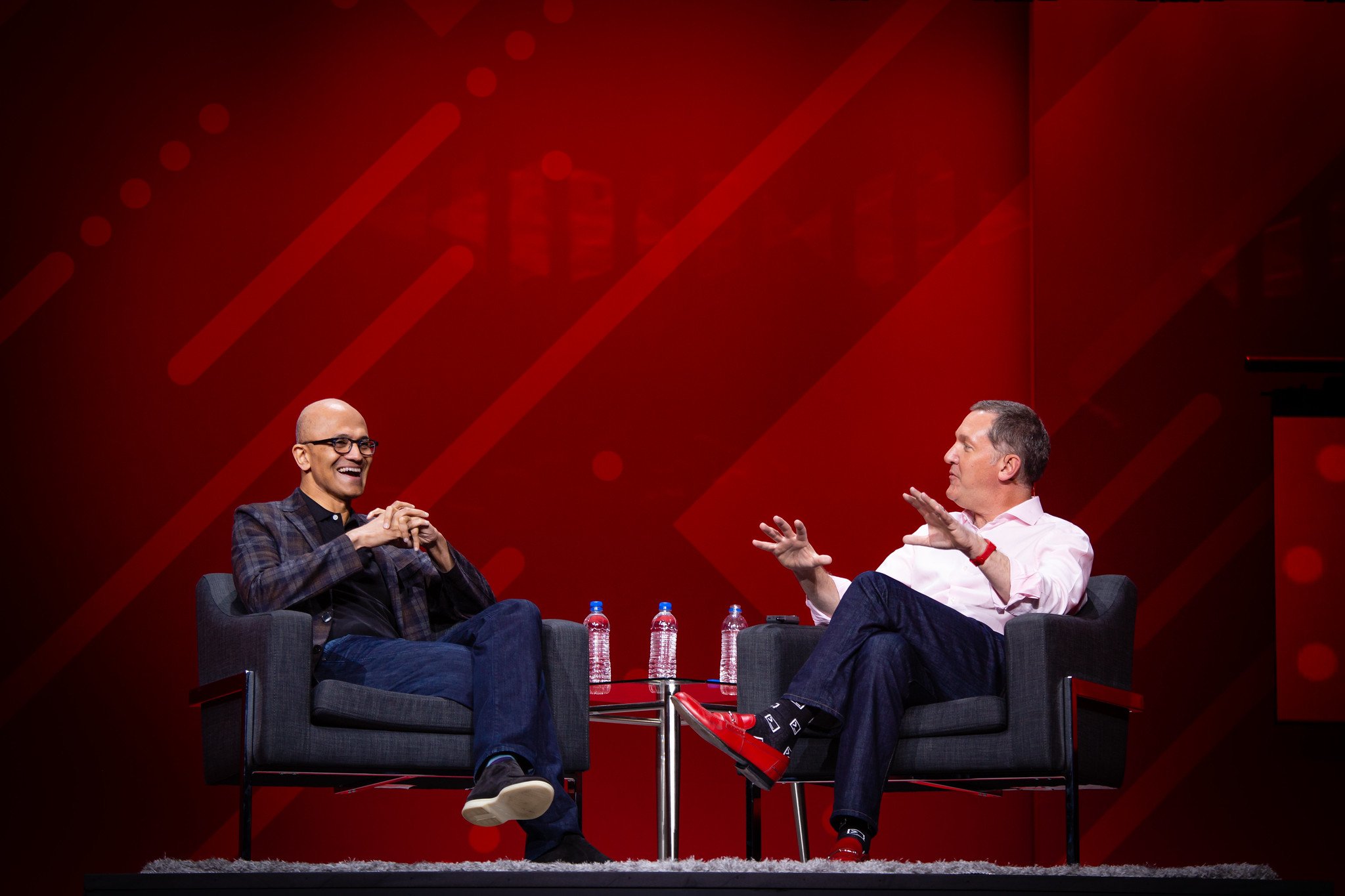 By James Bourne | 9th May 2019 | TechForge Media http://www.cloudcomputing-news.net/
Categories: Hybrid, Infrastructure, Microsoft, Open Source, Platform,
James is editor in chief of TechForge Media, with a passion for how technologies influence business and several Mobile World Congress events under his belt. James has interviewed a variety of leading figures in his career, from former Mafia boss Michael Franzese, to Steve Wozniak, and Jean Michel Jarre. James can be found tweeting at @James_T_Bourne.

Ever had that feeling of regret when you find you’re double booked? Well, spare a thought for the enterprise and developer tech world this week. On the US West Coast, Microsoft Build has just completed in Washington while Google I/O charges on in California. On the Atlantic side, meanwhile, ProgressNEXT continues in Florida – where sister publication Developer has been in residence – while Red Hat Summit enters its final day in Massachusetts. Not to mention a small AWS gathering in London yesterday.

It is almost enough to lead one to distraction. Yet parallels can be drawn – particularly with the former and latter events. Microsoft and Red Hat have boosted their alliance significantly over the past few days; and it has ramifications for the enterprise stack.

Red Hat CEO Jim Whitehurst and Microsoft CEO Satya Nadella shared the stage at Summit on Tuesday, ostensibly to announce Azure Red Hat OpenShift. The two companies had already buddied up when Red Hat brought OpenShift to Azure last year – and as those who regularly watch such keynotes will know that having both chief execs on stage is A Big Thing, this should be seen as a significant further step.

As before, the primary watchwords here are hybrid and open. Organisations have realised they can now have it all; moving plenty of resource to the public cloud but keeping some of that on-premises infrastructure. Both companies see containers, in particular Kubernetes, as a bridge to this hybrid goal. For Red Hat, of course, containers are a no-brainer. But it is testament to Redmond’s sustained approach that we can say the same about Microsoft. The company partnered with Docker at the end of last year, and Nadella told attendees at Red Hat Summit of the combined vision.

“We’re big believers in distributed computing and hybrid computing – the cloud, the edge, and the flexibility it provides any customer,” said Nadella. “The ability to be able to use, for example, the GPUs and the FPGA inference capabilities alongside this hybrid support, to me, is probably the thing that helps any customer get the best out of their infrastructure.”

Nadella also spoke of the continuous integration and delivery (CI/CD) benefits. “The other one I’m seeing a lot of is the CI/CD pipeline, especially in terms of the agility,” he explained. “Let’s say you’re using GitHub, GitHub Enterprise – your ability to set up your CI there and then use CD to OpenShift, either on the cloud, or on-premise, or any other cloud.

“The ability to have that level of productivity for developers, as well as have the IT productivity, I think is fantastic.”

Given OpenShift runs on Red Hat Enterprise Linux (RHEL), this was not the only Linux-based news to come out of Microsoft towers this week. Perhaps the biggest surprise of Build were the plans for something the industry had scoffed at for years; Linux on the desktop. “Beginning with Windows Insiders builds this summer, we will include an in-house custom-built Linux kernel to underpin the newest version of the Windows Subsystem for Linux,” wrote Jack Hammons, Linux systems group program manager earlier this week.

To kick off the Summit, Red Hat issued research from IDC which argued that by 2019, Red Hat Enterprise Linux will impact $10 trillion of global business revenues and be responsible for the employment of 900,000 IT professionals. Citing a reduction in the annual cost of software, by up to 52%, and a 5% decrease in costs associated with unplanned downtime among others, IDC said that RHEL, as the world’s leading enterprise Linux platform, will be increasingly vital as the operating system moves to ‘the heart of every modern enterprise.’

The sands of time are certainly shifting – and for Red Hat, it can be seen to represent an inflection point. The company’s acquisition by IBM late last year – officially approved by the SEC earlier this week – appeared in this publication’s eyes to be a win-win. IBM, in the words of CloudBees CEO Sacha Labourey, got ‘developer love and access to pretty much all CIOs on the planet’, while Red Hat got a surrogate who was willing to espouse open values. At IBM Think in February, CEO Ginni Rometty said the company was embarking on the second round of its cloud story – one with hybrid and multi-cloud at its core, and is open but secure.

Rometty also took to the stage on Tuesday to discuss where things stood with the acquisition. “I think what brought [us] together was we both saw an even bigger opportunity in front of us,” she said. “This opportunity – there’s so much what I would call mission-critical work that can still yet move to the cloud, except for so many companies, they’ve started with something already. And to get there, it means all these different islands, whether it’s public cloud, private cloud, traditional. You’ve got to have some way to modernise and connect all these pieces together.

“The timing in our mind… [companies] now have a fabric, and what [Red Hat has] built and will continue to build… obviously Linux is key but you’ve also got Kubernetes, containers, that are really going to form what I think is a standard for the world to do this,” added Rometty. “The ‘why Red Hat now?’ is that those things have really all come of age.

“I think the opportunity is right in front of so many clients – it’s a problem, they want to address this. And it isn’t just to move everything to the public cloud; there’s lots of reasons you’re going to end up with an environment that’s hybrid.”