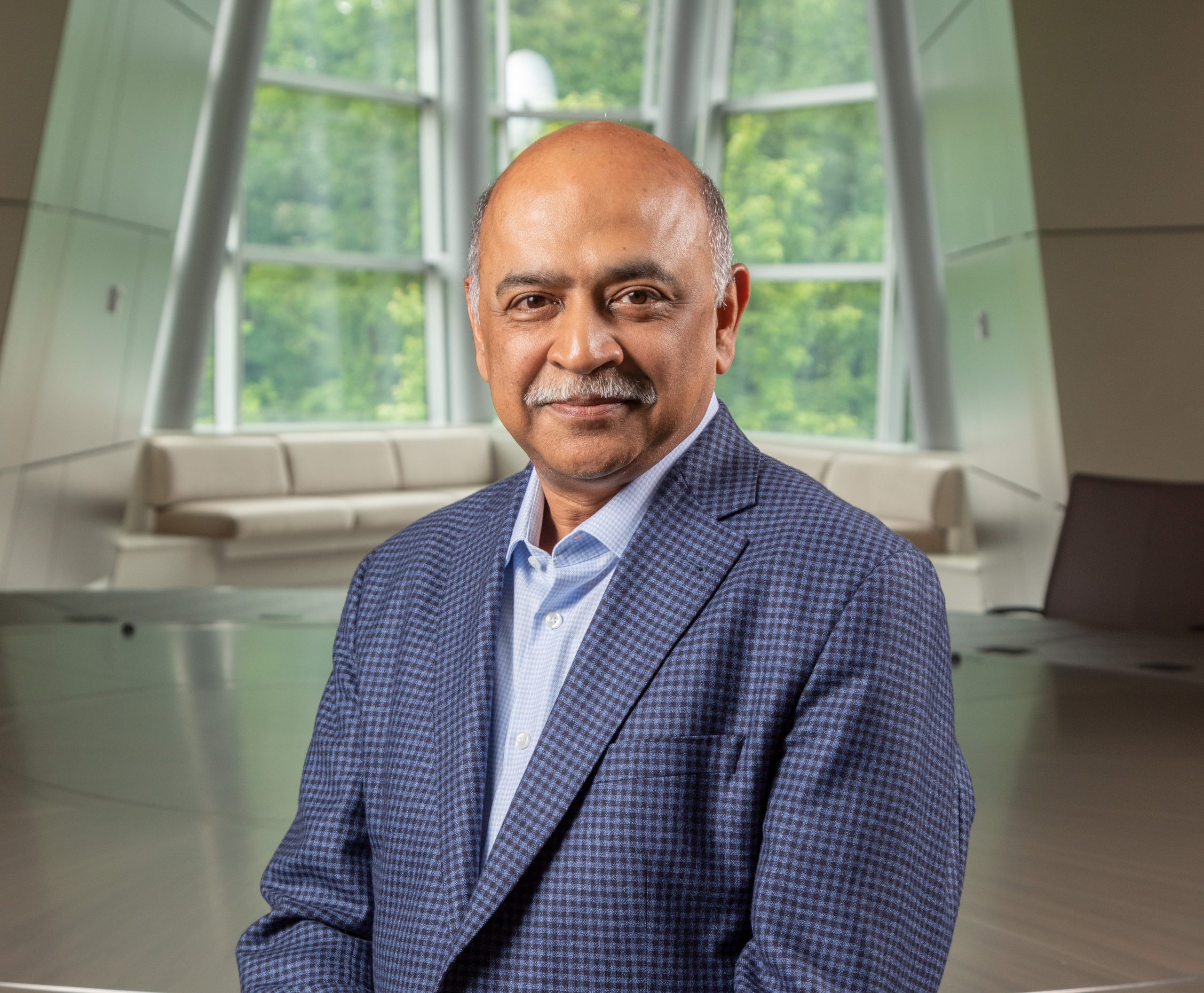 By James Bourne | 14th April 2020 | TechForge Media http://www.cloudcomputing-news.net/
Categories: Applications, Hybrid, Infrastructure, Vendors,
James is editor in chief of TechForge Media, with a passion for how technologies influence business and several Mobile World Congress events under his belt. James has interviewed a variety of leading figures in his career, from former Mafia boss Michael Franzese, to Steve Wozniak, and Jean Michel Jarre. James can be found tweeting at @James_T_Bourne.

IBM’s new CEO Arvind Krishna has written of the importance of hybrid cloud and artificial intelligence (AI) in the company’s roadmap going forward.

In a letter to all employees dated April 6, Krishna’s first day in charge – and published on LinkedIn – the IBM chief executive noted that an ‘essential, ubiquitous hybrid cloud platform’ was key to making the company ‘the most trusted technology partner of the 21st century.’

Krishna also cited IBM’s leading capabilities in research; in what he called the ‘tectonic forces shaping the future of technology’ – cloud, AI, blockchain and quantum – IBM was ‘leading on all fronts.’

“The fundamentals are already in place,” wrote Krishna. “Our approach to hybrid cloud is the most flexible and the most cost effective for our clients in the long term. Coupled with our deep expertise, IBM has unique capabilities to help our clients realise the potential of a hybrid cloud business model.”

It will not come as a major surprise that the new IBM CEO is looking towards a cloud future. Krishna had previously led IBM’s cloud division, and was cited by the company as a major contributor in its blockbuster $34 billion acquisition of Red Hat in 2018. In his place will be Jim Whitehurst, former Red Hat CEO and now president, who Krishna announced will head up IBM strategy as well as cloud and cognitive software. Howard Boville will join from Bank of America in May to become SVP of cloud platform and, rounding out the shuffle, Paul Cormier will become CEO of Red Hat.

When it was announced in January that Ginni Rometty would be stepping down from the IBM top job, all the right noises appeared to have been made. Rometty said at the time that Krishna had played a ‘significant role in developing key technologies’ and was ‘well-positioned to lead IBM and its clients into the cloud and cognitive era.’

As this publication posited at the time, two stats, albeit somewhat crudely, defined Rometty’s tenure. The company continued its 27-year unbroken streak of patent leadership, but contrasted this with 22 straight quarters of revenue decline, which ended in early 2018.

In terms of the company’s touted leadership, many of its efforts in emerging technologies are encouraging. A recent report by Everest Group placed IBM at the top of the pile for managed blockchain services and, while Google may steal more headlines, IBM also has a very strong research base in quantum computing.

Consensus among industry analysts and pundits is that IBM continues to place somewhere between the hyperscalers of Amazon Web Services, Microsoft Azure and Google in the cloud business. Where that is exactly depends on who one listens to: following the most recent earnings, where Google Cloud first reported cloud revenue numbers, IBM told journalists that it proved ‘with certainty’ the company was ‘far ahead’ of Google. Synergy Research, meanwhile, places IBM in fourth with 6% market share, behind Google’s 8%.

For now, the focus is naturally around navigating the Covid-19 pandemic, as Krishna concluded his letter. “Today, we are financially strong, and we have a loyal client base,” he wrote. “When this crisis ends, I’m confident that IBM will emerge strong and we will be focused on growth.

“Few companies have the trust, credibility and cumulative wisdom to change the fabric of society through technology the way that IBM can.”