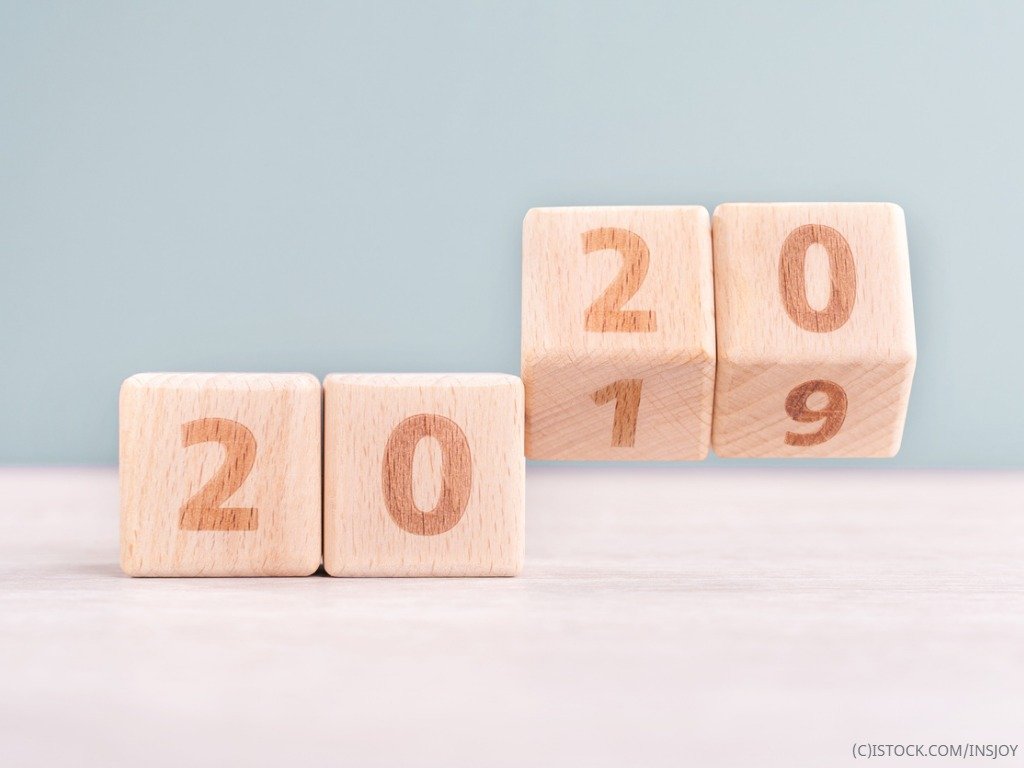 By James Bourne | 2nd January 2020 | TechForge Media http://www.cloudcomputing-news.net/
Categories: AWS, Google Cloud, Government, Hybrid, Microsoft, Research, Security,
James is editor in chief of TechForge Media, with a passion for how technologies influence business and several Mobile World Congress events under his belt. James has interviewed a variety of leading figures in his career, from former Mafia boss Michael Franzese, to Steve Wozniak, and Jean Michel Jarre. James can be found tweeting at @James_T_Bourne.

To say 2019 was a busy year for cloud would be no surprise. Yet the past 12 months has seen innovation, expansion, and drama which represents a poke in the eye for those who dismiss the industry as being consolidated and saturated.

Without any further ado, here is CloudTech’s traditional look back on the year in focus – and what the following 12 months will have in store for industry players and watchers alike.

The new hybrid cloud: Outposts leads and others follow

It was the hottest topic as 2018 drew to a close; the launch of AWS Outposts, with VMware as partner in crime, which promised to deliver a ‘truly consistent hybrid experience’ to ‘virtually any’ on-premises facility.

Naturally, as Microsoft and Google’s big events rolled around in 2019, attention turned to this area above all others. Google Cloud Next in April saw the launch of cloud services platform Anthos. Or, rather, it was a relaunch: to ‘build and manage modern hybrid applications across environments’, as well as accommodate AWS and Azure. In November, Microsoft launched Azure Arc, and outlined its theory of ‘hybrid 2.0’. Hybrid capabilities ‘must enable apps to run seamlessly across on-premises, multi-cloud and edge devices’, as Azure CVP Julia White noted at the time.

This means that the three largest cloud vendors are in a state of ‘collaborative détente’ right now, in the words of Pivot3 CMO Bruce Milne. Speaking to CloudTech at VMworld in August, Milne noted of the ‘obvious strategic tension’ to “watch this space because that friction is sure to generate sparks eventually.”

Another area industry watchers pencilled in for 2019 was how Thomas Kurian would take over the mantle left behind by Diane Greene as Google Cloud’s CEO. Among the in-tray items for the new boss were expansion and enterprise sales – or in the case of the latter, at least talking a good game.

This was exemplified in Kurian’s debut speaking slot as leader. At a Goldman Sachs conference in February, the former Oracle executive told delegates that old-school sales tactics were key to pushing Google’s message of differentiation. How has that gone? It’s hard to say; while Google still remains shy when it comes to revealing specific cloud figures, the overall soundbites have been solid around customer momentum and partnerships, while Anthos was well received.

As far as 2019 went, Google was the busiest hyperscaler in terms of acquisitions. While AWS had CloudEndure at the start of the year and Microsoft moved for Movere in September, Google’s shopping list had four items in total. Alongside Looker, the biggest deal, were moves for enterprise data pipeline provider Alooma, storage firm Elastifile, and VMware workload runner CloudSimple. New expansion areas included Poland, Switzerland, and Japan.

Open source providers open a can of worms

Maintaining your open ethos and turning a profit is frequently an area of tension, particularly for companies who deal in cloud and big data software. Indeed, 2019 was set to be a vital year for open source development in this context; the IBM-Red Hat acquisition hinted at it.

So it proved. In February, Redis Labs modified its licensing terms with this in mind, before having to change them again to appease open source and developer communities. The change meant developers were free to use the software, modify the source code et al – which they of course were always allowed to do – stipulating that the end result could not be a database, caching, search, indexing or stream processing engine, or anything to do with machine learning, deep learning, or artificial intelligence.

The month before, Confluent secured a $2.5 billion valuation having undergone a license change of its own. At the time, co-founder Jay Kreps maintained that the way forward building fundamental infrastructure layers was with open code. “As workloads move to the cloud we need a mechanism for preserving that freedom while also enabling a cycle of investment, and this is our motivation for the licensing change,” he wrote.

Speaking to CloudTech at the time of the change, Redis CEO Ofer Bengal said that, aside from AWS – frequently cited as the primary culprit for this behaviour – ‘the mood [was] trying to change’ between the big clouds and open source software providers. The proof of this theory was borne out in April, when Google Cloud announced at Next what it described the ‘first integrated open source ecosystem’ with seven vendors. Confluent and Redis Labs were both part of this group, with Bengal joining Kurian on stage to announce the deal.

For the vast majority of 2019, the common consensus was that Amazon Web Services would secure the $10 billion JEDI (Joint Enterprise Defense Infrastructure) cloud contract. Yet many were not banking on the intervention of the US President. In July, around the time Oracle’s legal challenge was running out of gas, President Trump announced he was looking at the procurement process, citing complaints from multiple rivals.

In October, the Department of Defense announced Microsoft had won the contract. Many industry pundits took to link the stormy relationship between the president and Jeff Bezos to explain the decision; a book from former secretary of defence James Mattis alleged that President Trump told him to ‘screw Amazon’ out of the contract.

AWS has, not surprisingly, sought to appeal the ruling. Aside from the procurement process itself, this publication explored the definition of multi-cloud in a federal context. The award was, and always had been, for a single provider – a bone of contention in itself. Yet given AWS has been running the CIA’s cloud for years, what does this mean? “The DoD argued [it needed] one supplier simply because [they] need the level of tight integration and security,” cloud pundit Bill Mew told CloudTech in October. “I totally buy that if that’s their argument – but then why are they not going to the same supplier the CIA has?”

As seen in other software industries, overly aggressive price wars would likely upset the cloud market. As a result, AWS, Azure and Google Cloud Platform will all continue to enhance their specialities in 2020 – for instance focusing on scale, or a specific sector, or AI capabilities – to provide differentiation.

This will have a knock-on effect on costs. Apples to apples comparisons of pricings is already difficult, but moving forward businesses will have to do a much better job of tying value to cloud to make the right decisions for their business needs. In 2020 companies will need to establish a cloud centre of excellence and a ‘FinOps’ mindset, whereby all areas of the business have greater understanding of, and accountability for, cloud spend.

The new era of enterprise cloud adoption will be among ‘cloud-native businesses’; organisations built directly with the cloud’s scalability and efficiency in mind. We’ve already seen how valuable it can be to have this agility built into a company’s DNA – look no further than the behemoth that is Netflix – so in 2020, expect to see more organisations migrating workloads to the cloud in an effort to meet the growing demands of today’s digital businesses.

Today’s cloud infrastructure is relatively easy to understand compared to what it will look like in 2020 and beyond. For example, when provisioning a cloud instance today, a user only needs a basic idea of how it operates and what it will cost. But when new cloud approaches like serverless become more popular, cloud usage will be managed by the people writing code.

In serverless computing, the code drives the cost to deliver the service, and businesses are not yet prepared to deal with these new consumption models. In the next year, companies need to priorities understanding consumption models because those models will have a significant impact on their business.